Israel: Russian Immigrants struggles : “Let me withdraw my money, cleaning is not for me” 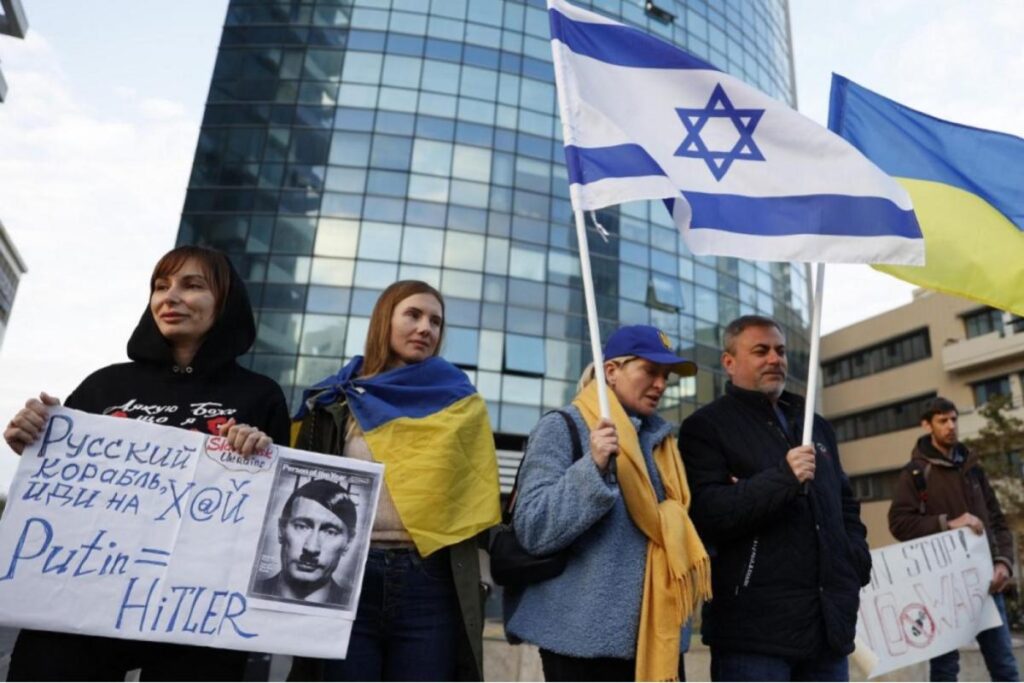 Banks fear sanctions – and immigrants seeking to flee Russia are stuck without their savings. “I just want to transfer a sum that will allow me and my family to live here,” said Anna. Another immigrant, Olga: “I asked the official why my account was restricted – and he replied ‘Ask Putin'”

Almost 10,000 new immigrants from Russia have arrived in Israel since the invasion of Ukraine began. Some have not received benefits like an increased grant and free accommodation in hotels as received by the immigrants who escaped the fire of war, and now many of them face bureaucratic difficulties with the banks resulting from the sanctions on Russia. “We left because of the war, we want to start life here, but the system in Israel just does not stop tricking us into difficulties,” said Anna, who has been dragged from bank to bank for months to transfer her money to Israel.

At the outbreak of the war, Russia limited to $ 10,000 the amount of money that citizens could withdraw in cash at the bank and leave the country with it. Countries around the world have imposed sanctions on Russian capital and do not allow the transfer of rubles and their conversion. Anna, a Jew from Russia, decided that she did not want to continue living under a dictatorship in a country that inflicts atrocities on another people and three months ago immigrated to Israel with her mother and grandmother. Since then they have been trying to start their lives, but the banks in Israel do not allow the transfer of a cashier from Russia here because of the sanctions.

“After three months, the bank said they were not willing to transfer my money to Israel. The official said I would concentrate all the money in Russia and apply from there, but the banks in Russia are under sanctions so they will not let me transfer the money. I just want to transfer an amount that will allow me and my family Here, “said Anna, adding that at the moment she does not have a single shekel in the Israeli account. “I can not pay bills, I can not buy a car or furniture, I only use cash from my European account. We moved because of the war, we oppose this situation and want to live in a free country but the system in Israel imposes difficulties on us. I have education, I have business, I do not I want to work in cleaning. “

Olga also immigrated from Russia in March with the outbreak of the war and has since been pursuing the Bank of Israel on a weekly basis. “I moved the business here, I registered the company, but I can not get the money coming from customers because the bank limited my account, so my income is limited to NIS 3,500 a month. I asked the clerk what the reason was and he replied ‘Ask Putin.’ It’s just a nightmare and I’m not sure I can continue to live here like this, “she said.

With Julia, the difficulties with the clients dwarfed the fact that she was unable to enroll her 17-year-old daughter in school. When she wanted to pay online, she came across documents that had not been translated into Russian, and when she arrived at the branch, a bank clerk signed documents that she did not know what they meant. “They gave me a card with a credit of NIS 3,000. I did not even know it was a credit card and how it works but of course that money is not enough for our livelihood here and large sums from Russia are very complicated to transfer. So I had to enroll my daughter to study in the Netherlands My business is here. “

Alex Reef, executive director of the Russian-speaking Lobby Millionaires Association, reported that only in recent days have dozens of excellent applications been received that face these difficulties and many others are afraid to complain that the Russian authorities will block their account and lose all their fortune. In a time of need, now they need it and the banks in the country are passing them seven rounds of hell, “Riff said, adding” the Supervisor of Banks needs to issue clear guidelines for dealing with this increase, it will boost the economy and allow people to stay here. “

The Bank of Israel Supervisor of Banks stated in response that “the Bank of Israel is in constant contact with all relevant parties in Israel and abroad regarding the various economic developments in the context of the situation in Ukraine. The Bank constantly monitors developments in the payment systems, markets and the financial system. In individual cases, you can turn to the Public Inquiries Unit for assistance in supervising the banks. “