Israel: The elderly man at the heart of the billionaires’ investigation 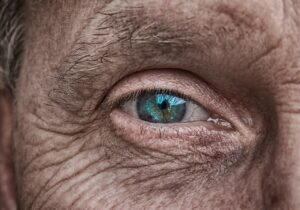 The elderly man at the heart of the billionaires’ investigation: “I have no memory problem, and I did not give hundreds of millions”

No matter how you look at it, the investigation of the two businessmen – whose names are still banned from publication – is the result of a major omission by the tax authority. It was the authority that signed a trust agreement with the businessmen in 2015, in which it declared assets worth hundreds of millions of shekels and received a “Kosher” stamp from it – without conducting a minimal check regarding the source of the money. The authority itself is currently investigating a suspicion that this is black money that has been laundered. If so – it turns out that the alleged money laundery was apparently residing right in the office of the assessee.

As a result of the tax authority’s negligence, a fairly large and central business group has emerged in recent years in the Israeli economy, investing in a diverse business portfolio, in Israel and abroad – among other things, on the basis of credit taken from banks and institutional entities in Israel. According to the suspicion, the primary source of capital of this empire is black money, which no one knows who is behind it.

All this happened under the auspices of the PA. Had she only called the trust creator at the heart of the arrangement in real time, she would have revealed that he claims he has nothing to do with the money he has stated he has given to the two businessmen. TheMarker spoke with the trust creator, which is exactly what he claimed: that he has no idea what the source of the funds is.

The authority tried to block the information

The authority investigation began a month ago, and is still under an order banning the names of the suspects for 45 days from their arrest. The tax authority hung on to the publication ban and took the opportunity to avoid informing the public about the whole affair. Had it not been for the rather vague publication on the Ynet website near the arrest of the suspects about an investigation against “two senior businessmen”, it seems that the public would not have known about the affair at all.

At a hearing held on Sunday in the Tel Aviv Magistrate’s Court on a request by the three economic newspapers in Israel to remove the publication ban, a representative of the Authority, Deputy Assessing Officer Central Investigations, Yoni David, was asked about the Authority’s position on the applications. The representative said that “the authority respects agreements”, and therefore the ban on publication should be upheld.

Only following questions from Judge David did he recall for the first time saying that the publication ban was required, when requested, also due to “investigative needs,” which he did not specify. When the judge asked if he had brought any material with him, so that she could examine the needs of the investigation, as well as the intensity of the suspicions in the case – even one that would be submitted confidentially for review only – it turned out that the deputy assessee came empty-handed.

It was only after the hearing and in response to this article, that the Authority announced for the first time that it would oppose extending the publication ban beyond the 45 days stipulated in the order.

“The suspect asked me to register a company”

In terms of reports to the tax authority, the two suspects were millionaires as of 2014. As of 2015, they benefit from a fund whose assets are estimated, according to sources familiar with the details of the investigation, in the amount of between NIS 800 million and NIS 1 billion. Since then, the suspects have acquired other businesses in Israel and abroad on a huge scale, and in all likelihood at least one of them controls an empire that manages assets worth several billion dollars.

The creator of the trust at the heart of the investigation is Jacques Malka, a 90-year-old French Jew living in Paris. There is a chasm between Malka’s personal fortune and the hundreds of millions of shekels he allegedly gave to the duo of suspects as part of the trust. How do you know? First, because as part of the investigation, a senior official in the tax authority turned to Malka, who denied any connection to the funds. Second, because TheMarker also approached the senior, and he claimed the exact same things before us. Insurance and capital market reporter Asa Sasson served as a French translator in a conversation with him. Here is his version.

Could it be that you created for the sake of A and B (the suspects) a trust with assets worth about 200 million euros?

“No. The only thing I did for the suspects was to open a company for them (the reference is probably to loyalty; GM). B., whom I knew, asked me to register a company name in my name and I agreed. that’s it. But I did not give them or anyone any money. “

So how did close to 200 million euros get into the trust accounts?

What is your professional background?

“I’m retired, I used to work as an employee at an energy company.”

Do you have any idea what the source of the hundreds of millions that are in the trust accounts at the heart of the affair?

One of the defense allegations made by the suspects during their interrogation is that Jacques Malka suffers from memory problems and therefore forgot that he gave them the money. We also asked him about this claim.

Could it be that because of your age you forgot to give A and B the money? Do you have memory problems?

“No. Although I’m retired, I have a problem with my eyes, but other than that I’m fine.”

During the conversation, Malka did not make an impression of a person suffering from any memory problems. Among other things, he remembered to tell us that a representative of the Israel Tax Authority had approached him about the pair of suspects, and that he understood that following the conversation, the authority was now checking his bank accounts. In another part of the conversation, we told Malka that there was a hearing on the suspicions in court on Sunday. Malka, who lives in France, was sharp enough to ask how it could be that the court operates on Sunday – which is a day of rest in France. We had to explain that this is a court in Tel Aviv.

Up to five years in prison

“A case in which a person submits to the bank or a competent authority a statement that is incomplete and inaccurate regarding a trust account, in particular regarding the source of the funds in the account – can constitute a violation of the Anti-Money Laundering Law,” says Advocate Gil Dahuh. The law. He said, “This is an offense under section 3 (b) of the law, for which the fixed sentence is up to five years in prison. In recent years, the prosecution has expanded its enforcement regarding the issuance of false statements and is prosecuting more and more such cases.”

The Tel Aviv Magistrate’s Court has not yet ruled on the request to remove the restraining order in the case, and this is expected to happen in the coming days. In any case, it is difficult to predict the future of the investigation. Perhaps it will boil down to the dimensions it deserves and reveal what and who is behind the hundreds of millions allegedly falsely stated by the suspicious businessmen; And maybe you will end up with a quick ransom arrangement that will close the door on clarifying the facts.

What is known at the moment is that while the tax authority cooperated with the attempt to keep the affair modest, the issue was exposed not only of the suspicions – but also of the unbearable ease with which hundreds of millions of shekels could be laundered (allegedly), under the auspices of the tax authority.

The Tax Authority stated: “As long as the court does not allow the publication of the names of the suspects, the Tax Authority will insist that after 45 days the publication ban be lifted. The court’s decision of December 1st is not known to us and has not been brought to our attention by the court or any of the parties to the proceedings. Since it has been transferred to us today by you, we learn it and its meaning. With regard to the claim regarding the trust arrangement, each assessment or agreement was based on the data presented to the assessment official at that time. ”