Bismarck with an iPhone: The Future of the Age of Reason 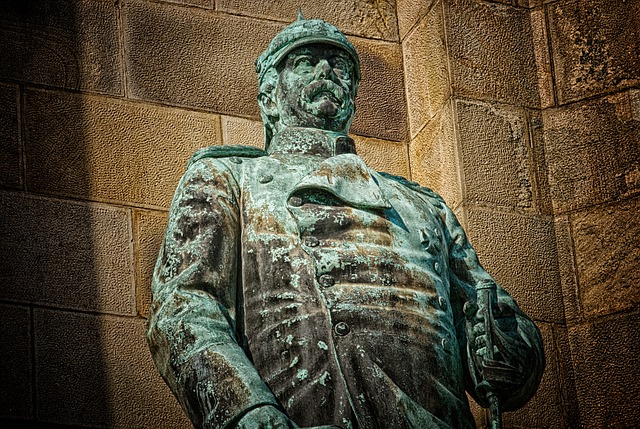 This paper analyzes the “Trump phenomenon” as a reference point for an examination of a comprehensive historical process whose essence is an attack targeting “the liberal order.” This process is gaining momentum today with the Coronavirus Pandemic and its global implications. The uniqueness of the move elaborated in this paper is the examination of the subject matter through the prism of the philosophy of language and logic that played center stage in the story of the analytic philosophy of the 20th century. This period saw the planting of the seeds that resonate today in the political and economic upheaval that is engulfing the world and that threatens to bring on the collapse of the old liberal order.

The Age of Reason and its Enemies

Donald Trump’s election to the presidency of the United States was perceived by liberal circles in the West – the intellectual elites as well as large sections of the financial elites, and certainly the high-tech community and the media leadership – as an attack on the formative logic of the Enlightenment or the Age of Reason and of Modernity as its crown- prize. Thomas Friedman of the New York Times, a leading representative of the liberal Zeitgeist, described it as an “attack on Truth and Science.” Note: The election of Trump is not seen as an election of a political alternative but as an attack on concepts supposedly devoid of “political” meaning, that is, truth and science.

Indeed, the New York Times, a newspaper that for the Western elites represents a general and predominant political disposition, has established itself in its editorials and opinions as a political and intellectual opposition to what might be called the “Trump phenomenon”: a broad global counter-reaction to liberalism and to the forces of globalization. The newspaper in fact identifies the logic of globalization, political and geopolitical alike – the logic of a “Flat World” 2 – with the voice of reason of the Enlightenment. According to this line of thinking, the Trump phenomenon represents an attack on rationality, truth, science, and facts – as these concepts were formulated and shaped starting with Emanuel Kant, to mention one of the founding giants of the Enlightenment Project.

One article published in the New York Times on February 27, 2017, expounding this line of thought, is that of David Brooks. Its title is: “The Enlightenment Project.” The article draws on insights from the work of Charles Hale, a lecturer at Yale University. The reasoning of the article is simple and schematic. I believe we will not do it injustice if we deconstruct it in the following simplistic way:

Brooks’ article represents a predominant mindset among the elites of the West. Since the election of Trump, it has been fashionable to say that this is the end of the age of reason. In the US for example the anti-liberal crowd will accept this verdict with an overt joy while liberals will either admit this with pain and an anxiety as to what lies ahead in the future or, as with Brooks, with a call for the restoration of the order of the Enlightenment: a battle cry to restore the old order.

What we will argue here is that a re-examination of the political and geopolitical logic of the Enlightenment is mandatory. A new chapter of the enlightenment needs to be written but one that is fully aware of its own inner fallacies. The version of the enlightenment that took prominence in the second half of the 20th century and then was fast-tracked to new heights with the information revolution has exhausted its creative and progressive powers. A revision is necessary.

The critique of the failures of the Enlightenment has a rich philosophical background that usually appears under the heading of “post-modern” thought. An important and central voice in this school of thought is Michel Foucault. A key concept in his thinking is “the history of the present.” In a deep sense, what we will try to do here is to inquire into the logic of “the history of the present.” True, most research into the political and geopolitical of the present times focuses on the socioeconomical background: the rise of financial capitalism where profit bottom-line overshadows genuine value-creation, the 2008 crisis and the sky-rocketing inequality gap, the growing discrepancy between the all- inclusive ethical language of the rich and the elites and the dire economic reality of the “production floor” of society. The latter, excluded from financial and political power, rebel through figures like that of Trump against the ruling elite and its language; even so towards the language of “Human Rights” that was set supposedly to serve their cause at the bottom.

The logic of the Enlightenment, if we continue this line of thought, is no longer perceived as a liberating force of defiance against authority, but rather as a political and economic oppressive force that draws its power precisely from the same “Flat Global Logic.” Here could figure, for example, equilibrium points of game-theory models that are

used to justify states of affairs of blatant inequality as if they were laws of nature; refusing them is to refuse logic (or the very nature of economy). 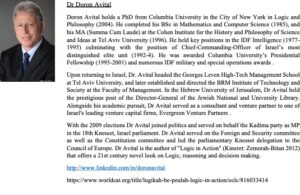