Brexit Deal Forces Prosecutors to Swap a Ferrari for a Citroen 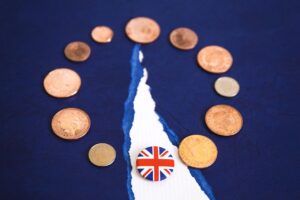 Police and prosecutors will be forced to retreat to decades-old tools for cooperation despite a last-minute Brexit trade deal, raising the risk of fumbles.

The pact between Britain and the European Union allows cooperation between the U.K. and member states, particularly as part of investigations into terrorism and serious crime, including the exchange of DNA, fingerprint and airline passenger information. But the fact that U.K. will no longer be a member of regional crime fighting groups and changing extradition policies means interactions will undergo major changes.

“We’ll have to backtrack and use instruments from another era,” said Jean-Francois Bohnert, who heads the Parquet National Financier, France’s lead financial prosecutor.  “We know that we are no longer going to use a Ferrari but perhaps a slightly sluggish 2CV to get to the same point,” he added, referring to a Citroen model that had its heyday in the 1960s.

While U.K. Prime Minister Boris Johnson and European Commission President Ursula von der Leyen were able to reach an agreement last week to prevent a “no deal’’ exit, Britain will fall out of Eurojust and Europol, the EU’s primary law-enforcement groups.  This could hinder investigations into terrorism, money laundering and other financial crimes.

Eurojust is an agency that allows EU-member state authorities to quickly gather and exchange information, and crack down on crime. Europol, meanwhile, acts as an intelligence and data-sharing center for police, essential to tracking down suspects on the run and understanding the intelligence picture.

As for the European Arrest Warrant, the U.K. said its deal will follow similar cooperation on extraditions to that between the EU and Norway and Iceland. For countries including France and Germany, which don’t extradite their own citizens to non-EU states, there will still be “a path to justice in every case, for example, by obliging EU Member States to refer cases to their own prosecution authorities,” according to a summary of the Brexit deal prepared by Johnson’s government.

“It’s all going to be clunkier,” said Nick Vamos, a lawyer who led the U.K. Crown Prosecution Service’s extradition team for four years. “There’s certain information the U.K. won’t be given access to. It slows everything down.”

The European Arrest Warrant, implemented in 2004, was designed to streamline the process of extradition between member states. Bohnert pointed to the case of Rachid Ramda, who French prosecutors accused of masterminding the 1995 terror bombings in Paris, as an example of how slow the process had been. It took around a decade to extradite him.

“The European arrest warrant was great leap forward, and now we are really taking a big step backwards,”Bohnert said.

U.K. prosecutors took no risks and did their best to make sure the paperwork for its European arrest warrants was completed before before the country leaves the EU.

“There’s been as much planning as we can do to exploit the tools that we have now while we have them, before they might evaporate,” Lisa Osofsky, director of the U.K.’s Serious Fraud Office, said in October.

By Gaspard Sebag and Ellen Milligan, December 30, 2020, published on Bloomberg