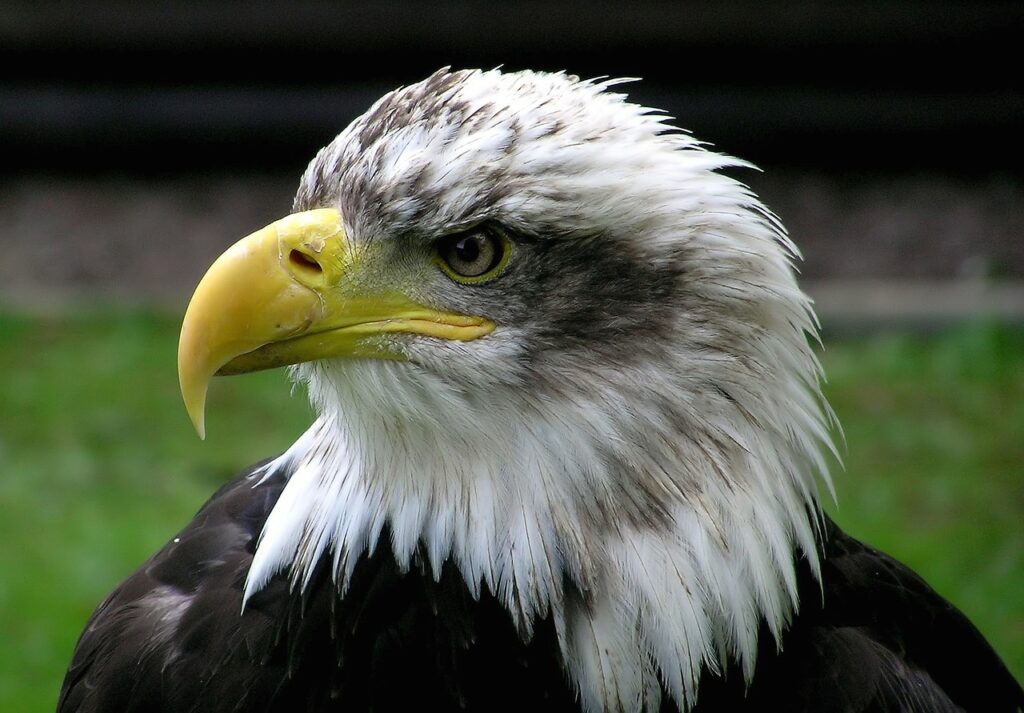 Summary:  The Pandora Papers reveal that the United States has much work to do to stop being a haven for the ill-gotten gains of political elites from around the world, but there are steps the Biden administration and Congress can take to reverse this trend.

The largest-ever leak of private financial records, dubbed the “Pandora Papers,” has shown a spotlight on the role the United States plays as a secrecy jurisdiction in enabling everyone from organized crime syndicates to world leaders to tax dodgers to hide their ill-gotten gains. As Ian Gary of the Financial Accountability and Corporate Transparency coalition has explained, “the US is deeply implicated, secretly sheltering billions of dollars from outside the US in places such as South Dakota and Nevada, and it is time for strong action by the Biden Administration and Congress.”

Here are five things that U.S. President Joe Biden, his administration, and Congress should do to stop the United States from being one of the world’s central nodes for dirty money.

BACK UP THE CORPORATE TRANSPARENCY ACT WITH TOUGH REGULATIONS

The Pandora Papers especially noted how the loose regulation of trusts in the United States can undermine good governance. Laws starting in the 1980s in states such as Alaska, Delaware, Nevada, South Dakota, and New Hampshire dramatically expanded the duration of trusts, leading to what are termed “dynasty trusts.” Often these trusts can also be held anonymously. While there are plenty of legitimate reasons for families to establish trusts, the combination of their multigenerational duration and anonymity make them ripe for abuse. Regulations associated with the recently passed Corporate Transparency Act (CTA) could substantially close these and other loopholes in provisions to combat money laundering.

Passed as part of the Fiscal Year 2021 National Defense Authorization Act, the CTA includes nearly 200 pages of reforms to U.S. anti–money laundering and bank secrecy laws. Most notably, it requires many businesses to identify their true beneficial owners to the Treasury Department; the registry of those owners will not be publicly available but will be accessible to law enforcement and regulatory agencies. The Treasury Department has started the associated rule making, which is due by January 2022.

While the CTA did not address trusts, implementing regulations could require trust clients to undergo similar transparency requirements as limited liability companies, putting U.S. trust regulations in line with those of the EU. By “broadly interpreting” legislation on beneficial ownership of “other similar entities” to pertain to shell companies, foundations, charities, sole proprietorships, partnerships, and other businesses not explicitly included in the legislation, such entities could all come under the upcoming rules. Moreover, these rules should minimize roadblocks for authorized users of the beneficial ownership registries to access this information.

Documents and analysis from a 2020 leak of over 2,100 suspicious activity reports (SARs) from banks—a trove known as the FINCEN Files—highlighted the weaknesses of U.S. financial intelligence capabilities. These leaks showed how leading U.S. banks have allowed huge sums of cash to traverse the U.S. financial system by individuals allegedly involved in corruption, embezzlement, sanctions evasion, fraud, and a host of other crimes.

Even as banks filed SARs about these funds, there was almost no one to follow up: in 2019, banks filed over 5 million SARs in the United States, but there were only about 300 employees to follow up at the Treasury Department’s Financial Crimes Enforcement Network (FinCEN), the U.S. financial intelligence unit. That’s about the same size as Australia’s financial intelligence unit, even though Australia is far less central to the world’s financial infrastructure.

FinCEN should also be given more influence and authorities to assess and then help stop money laundering through the U.S. financial system. A working group of academics, government officials, and industry actors (including this author) recommended five ways to improve FinCEN’s effectiveness. This includes a new National Anti-Money Laundering Data Center; a project on the new technologies needed to help stop money laundering; a new training center so that law enforcement, prosecutors, and regulators have the knowledge and tools they need; and a strategic analysis team to keep up to date on emerging trends on the subject.

A 2015 undercover investigation by Global Witness highlighted how lawyers can facilitate the entry of illicit money into the United States (even as no crimes were committed and no money changed hands since the meetings involved were preliminary). Both the 2016 Panama Papers and this week’s Pandora Papers emphasize the role that lawyers, accountants, corporate service providers, and other financial enablers play in facilitating money laundering throughout the United States. For instance, reporting by the International Consortium of Investigative Journalists (ICIJ) showed that the U.S. law firm Baker McKenzie helped former financier Jho Low set up a slew of companies in Malaysia and Hong Kong. U.S. authorities reportedly allege that some of those firms were involved in helping move some of the $4.5 billion that was stolen from the Malaysian sovereign development fund known as 1MDB. (A spokesperson for Baker McKenzie told investigators it conducts “strict background checks on all potential clients,” according to the ICIJ reporting.)

A bipartisan bill introduced on October 6, 2021, entitled the Establishing New Authorities for Business Laundering and Enabling Risks to Security (ENABLERS) Act would close many of the loopholes used by accountants, public relations firms, art and antiquities dealers, investment advisers, and some lawyers. This law would require these professionals to conduct at least basic due diligence on the sources of client funds and thus help align U.S. regulations with international best practices. This is especially important when money for financial transactions does not go through banks, which already have due diligence requirements. Congress should prioritize this bill for consideration.

One of the best avenues to launder money is the real estate sector, and the Pandora Papers highlighted how funds can be secreted into the United States for large real-estate purchases. The leaks show that Jordan’s King Abdullah II owns at least thirty-six shell companies in various havens; he bought at least fourteen luxury homes in the UK and the United States over a fourteen-year period. Meanwhile, Jordan, a poverty-stricken country that is surrounded by conflict and hosts over 1 million refugees, received $1.5 billion in aid from the United States and $281 million from the European Union last year. The king’s attorneys denied to investigators that any improprieties were involved.

But it is not just foreign potentates who have a penchant for American properties. The U.S. Department of Justice is seeking the forfeiture of $100 million worth of commercial property owned via a network of shell companies held by Ukrainian oligarchs Ihor Kolomoisky and Gennadiy Bogoliubov. These properties were allegedly used to launder billions of dollars stolen from PrivatBank, one of Ukraine’s largest banks.

The real estate sector is especially poorly regulated when it comes to money laundering. This is in part because FinCEN granted real estate professionals a temporary exemption from anti–money laundering and counter-threat finance requirements that were part of the 2001 Patriot Act. The aforementioned ENABLERS Act would lift that exemption. FinCEN could, however, choose to lift that exemption even without this legislation. Another part of the ENABLERS Act would enhance reporting requirements for certain real estate purchases, a reform long advocated by law enforcement and anti-corruption advocates. The current rules only require this enhanced reporting for residential purchases in specific geographic areas associated with money laundering; the new legislation would make this nationwide and permanent, and it would also apply to commercial properties.

In June, the Biden administration officially declared that the fight against corruption is a core U.S. national security interest in its National Security Study Memorandum-1 (NSSM-1). As part of the announcement, the administration noted that “corruption threatens United States national security, economic equity, global anti-poverty and development efforts, and democracy itself.” There are plenty of opportunities for the Biden Administration to demonstrate that it is serious about this.

On December 9–10, 2021, the United States will host the Summit of Democracies; one of the summit’s three pillars is fighting corruption. A bold announcement during the summit that the United States will seek to thoroughly reform itself to help stop dirty money would put teeth behind future public statements. For instance, this would be an ideal time to announce the strongest possible rules for implementing the CTA along with a plan to reinvigorate FinCEN and better integrate the agency into the broader national security architecture. New rules on gatekeepers and the real estate sector could also be announced. The Treasury Department could also prepare a National Corruption Risk Assessment and announce that it will lead international efforts to end offshore financial secrecy once and for all.

As part of NSSM-1, an interagency review process is also due to be completed in December, including the Department of Defense, the Department of State, the Central Intelligence Agency, and the National Security Agency. These national security–focused agencies should be required to appoint an office to integrate efforts to fight corruption and money laundering throughout their agencies. In addition to learning the lessons from the role that corruption played in the fall of Kabul this summer, the Defense and State Departments should be mandated to examine how to minimize corruption in the arms trade and defense services sectors. The intelligence community should be tasked with how to improve its collection and assessment of intelligence associated with financial crime.