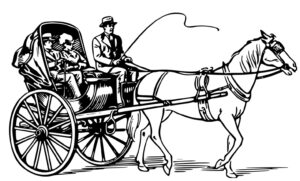 U.S. Attorney General William Barr’s Department of Justice (DOJ) believes cryptocurrencies pose an emerging challenge to law enforcement activities, according to a new publication filed Thursday.
The DOJ’s “Cryptocurrency: An Enforcement Framework” document, published by the Attorney General’s Cyber-Digital Task Force, outlines what cryptocurrencies are and their potential use cases, including sections on both legitimate and illicit uses (though the “legitimate uses” section was shorter and more skeptical). Crypto has been used to support terrorism, purchase illicit items, conduct blackmail and extortion, cryptojacking and launder funds, according to the document, and the DOJ has spent the last two years determining how best to address these issues.
“Those efforts are paying off,” wrote Sujit Raman, the task force’s chair, referencing recent cases against would-be token issuer Telegram; child-exploitation ring Welcome to Video; sanctions designations and other efforts. And while the report was published by the DOJ, it encompasses efforts by all parts of the federal government, including civil regulatory agencies.
In a statement, Attorney General William Barr said, “Cryptocurrency is a technology that could fundamentally transform how human beings interact, and how we organize society.  Ensuring that use of this technology is safe, and does not imperil our public safety or our national security, is vitally important to America and its allies.”
The report itself is split into three sections: an overview of the cryptocurrency space and its current illicit uses; the laws and regulatory agencies that oversee the space; and the current challenges and potential strategies to address them.
The report warns that cryptocurrencies are more difficult for investigators to learn about than previous tools for executing crimes, citing pump-and-dump schemes as one example.

CRYPTOCURRENCY IS A TECHNOLOGY THAT COULD FUNDAMENTALLY TRANSFORM HOW HUMAN BEINGS INTERACT, AND HOW WE ORGANIZE SOCIETY. ENSURING THAT USE OF THIS TECHNOLOGY IS SAFE, AND DOES NOT IMPERIL OUR PUBLIC SAFETY OR OUR NATIONAL SECURITY, IS VITALLY IMPORTANT TO AMERICA AND ITS ALLIES.

Investigators must learn to use “specialized communications applications,” the report said. Further, the markets being used evolve rapidly, with the report pointing to how the initial coin offering boom has given way to decentralized finance markets. The fact that blockchains are borderless, allowing anyone from any part of the world to interact with the markets, “adds a further layer of complexity.”
“Finally, decentralized platforms, peer-to-peer exchangers, and anonymity-enhanced cryptocurrencies that use non-public or private blockchains all can further obscure financial transactions from legitimate scrutiny,” the report said.

Much of the first section of the report simply provides an overview of cryptocurrencies, blockchain and distributed ledgers more broadly and how they’ve been used over the past few years.
The report distinguishes between virtual currencies, which are a “digital representation of value,” and cryptocurrencies, which it describes as being in a subset of virtual currencies that are decentralized and based on blockchains.
It goes on to explain addresses, wallets, miners and other aspects, noting that while some transactions are private and easy to query on the blockchain, some cryptocurrencies emphasize privacy (the DOJ does not appear to be a fan of these currencies).
“As discussed in Part I, a wide range of criminal activity may involve or be facilitated by the use of cryptocurrency. On numerous occasions, the Department of Justice has used available legal tools to pursue successful prosecutions of such activity,” the report said in the opening to its second section.
It summarizes the U.S. government’s actions over the past few years. In addition to criminal cases brought by the DOJ, civil cases brought by the Securities and Exchange Commission (SEC) and Commodity Futures Trading Commission (CFTC) were highlighted, such as the SEC’s case against Telegram, which raised $1.7 billion in an initial coin offering but ultimately had to refund investors.
Agencies with oversight or enforcement power in the space include the Financial Crimes Enforcement Network (FinCEN), the Office of Foreign Assets Control (OFAC), the Office of the Comptroller of the Currency (OCC), the SEC, the CFTC and the Internal Revenue Service (IRS). The Financial Action Task Force (FATF), an intergovernmental organization that provides standards and recommendations for international money laundering rules, also received a mention.

It is the third section, “Ongoing Challenges and Future Strategies,” however, the DOJ noted that some exchanges and entities play “jurisdictional arbitrage,” looking for the friendliest jurisdiction in which to operate. This can harm law enforcement agencies’ efforts to “investigate, prosecute and prevent criminal activity” that involves virtual assets, the report claimed.
“In the United States, AML/CFT standards have been in place for [money services businesses, or MSB] engaged in virtual asset activities since 2011, and yet many [virtual asset service providers, or VASP] still are operating in ways that do not comply with the [Bank Secrecy Act, or BSA] and other regulatory requirements,” the report said, referring to anti-money laundering/combating the financing of terrorism standards.
This concern is exacerbated with companies that operate across different countries. A VASP might apply a different standard within the U.S. than it does outside it, or use different standards for crypto-to-fiat transactions compared to crypto-to-crypto transactions, the report claimed.
“Such behaviors are flatly inconsistent with VASPs’ BSA obligations and can create significant financial intelligence gaps,” it said.
The DOJ report also took particular aim at privacy coins, mixers, tumblers and other tools that are intended to conceal aspects of transactions.
Any website that offers mixing or tumbling services is “engaged in money transmission,” meaning it is subject to the Bank Secrecy Act. Websites that don’t follow the BSA or similar international regulations might face criminal prosecution, the report said.
As part of this section, the DOJ maintained its right and ability to prosecute violations conducted by entities based outside the U.S. should those entities still involve U.S. persons or services.
“The Department also has robust authority to prosecute VASPs and other entities and individuals that violate U.S. law even when they are not located inside the United States,” the report said. “Where virtual asset transactions touch financial, data storage, or other computer systems within the United States, the Department generally has jurisdiction to prosecute the actors who direct or conduct those transactions.”
While the DOJ most recently filed charges against BitMEX, it has in the past also gone after other non-U.S. based entities, such as 1broker.

The report similarly had an emphasis on national security concerns created by cryptocurrencies in its conclusion, saying rogue states and terrorists could take advantage of decentralized assets to undermine financial markets, avoid sanctions and fund harmful activities.
“As the use of cryptocurrency evolves and expands, so too will opportunities to commit crime and to do harm by exploiting cryptocurrency technology,” the report said. “Ultimately, illicit uses of cryptocurrency threaten not just public safety, but national security, as well … Current terrorist use of cryptocurrency may represent the first raindrops of an oncoming storm of expanded use that could challenge the ability of the United States and its allies to disrupt financial resources that would enable terrorist organizations to more successfully execute their deadly missions or to expand their influence.”

CURRENT TERRORIST USE OF CRYPTOCURRENCY MAY REPRESENT THE FIRST RAINDROPS OF AN ONCOMING STORM OF EXPANDED USE THAT COULD CHALLENGE THE ABILITY OF THE UNITED STATES AND ITS ALLIES TO DISRUPT FINANCIAL RESOURCES THAT WOULD ENABLE TERRORIST ORGANIZATIONS TO MORE SUCCESSFULLY EXECUTE THEIR DEADLY MISSIONS OR TO EXPAND THEIR INFLUENCE.

A large part of the DOJ’s future efforts will depend on education around the cryptocurrency space, bringing regulators and government officials fully up to speed as the space evolves.
The report stressed that private stakeholders in the industry must work with regulators and elected officials.
Federal authorities must also work with state officials, the report said, to ensure “de-confliction” while conducting investigations.
“Indeed, for cryptocurrency to realize its truly transformative potential, it is imperative that these risks be addressed,” the report concluded.
By Nikhilesh De, October 8, 2020, published on coindesk
Image byOpenClipart-VectorsfromPixabay
Share on linkedin
Share on facebook
Share on twitter
Share on whatsapp
Share on email
16
Recent Posts