US Congress Poised to Apply Banking Regulations to Antiquities Market 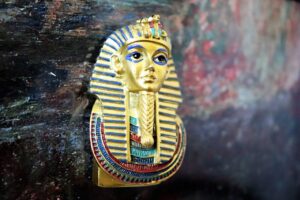 Regulators have long worried that the secrecy of the antiquities trade, where buyers and sellers are seldom identified, made it an easy way to launder money.

The antiquities trade, which regulators have long feared provided fertile ground for money laundering and other illicit activities, will be subject to greater oversight under legislation passed by Congress on Friday when it overrode President Trump’s veto.

The provisions tightening scrutiny of the antiquities market were contained within the sprawling National Defense Authorization Act, which Mr. Trump vetoed last week and which the House and Senate voted to override on Monday and on Friday.

Regulators have long worried that the opacity of the antiquities trade, where buyers and sellers are seldom identified, even to the parties in a transaction, made it an easy way to shroud illicit transfers of money. The new legislation empowers federal regulators to design measures that would remove secrecy from transactions.

“We believe this type of legislation is long overdue,” said John Byrne, a lawyer with 30 years of experience in anti-money-laundering rules. “This is an area where clearly organized crime, terrorists, and oligarchs have used cultural artifacts to move illicit funds.”

Dealers resisted the move. But with the new legislation, Congress moved to broaden the 1970 Bank Secrecy Act, which increased federal scrutiny of financial transactions, to include the trade of ancient artifacts.

Exactly how the new law works will be determined over the next year by the Financial Crimes Enforcement Network, a bureau within the Treasury Department, in consultation with the private sector, law enforcement and the public. Legal experts expect that the new antiquities regulations will be similar to others governing the precious metal and jewelry industries, where certain transactions are flagged to the authorities, who then determine whether they are suspicious. The law also seeks to end the use of shell companies to conceal the identities of buyers and sellers.

Sponsors of the new measure described it as a much-needed reform.

“Over the last decade, we’ve been working with all the industries and stakeholders to build a bill that satisfies everyone,” said Representative Carolyn B. Maloney, a New York Democrat, who introduced the Corporate Transparency Act in 2019 and later shepherded that bill into the defense package. “We are at a point that we’ve built so much support that it became impossible to oppose the bill.”

The Corporate Transparency Act faced opposition from antiquities dealers, who balked at the requirement to disclose client information and at the added costs of complying with the law. The art industry has fought similar legislation that would have extended the Bank Secrecy Act into the art market.

Federal disclosures show that the auction house Christie’s has paid lobbyists more than $100,000 over the last two years to influence the outcomes of such measures. A spokeswoman for the auction house, Erin McAndrew, said that its compliance department already maintains standards to protect against money laundering that were adopted by the European Union in 2018.

She said that “Christie’s welcomes the opportunity to work with U.S. regulators on appropriate and enforceable” guidelines to combat money laundering in the art market.

Watchdogs have urged Congress to tighten regulations on the antiquities trade for years. The looting of cultural heritage sites in countries like Syria and Iraq has resulted in a growing black market for Middle Eastern antiquities. Law enforcement abroad has seized hundreds of artifacts, which officials believe trace back to earlier excavations carried out by terrorist groups like ISIS.

“The proposed legislation will begin to close a major loophole,” said Tess Davis, the executive director of the Antiquities Coalition, a nonprofit organization that monitors the illicit trade of artifacts.

“A pawnshop’s business model does not differ greatly from that of a Sotheby’s or Christie’s,” she added. Yet pawnbrokers fall under the purview of Bank Secrecy Act, but auction houses do not. “Why should the rules be stricter for a mom-and-pop business hawking stereos in Milwaukee than a billion-dollar auction house in Manhattan?”

But some dealers claim that reports of black-market transactions and money-laundering are overblown. One dealer, Randall A. Hixenbaugh, the president of a nonprofit organization called the American Council for the Preservation of Cultural Property, has called statistics on the illicit trade unfounded and argued against the new regulations.

“Virtually all transactions of high-dollar amounts in the ancient art business are handled through financial institutions and instruments already covered by the Bank Secrecy Act,” Mr. Hixenbaugh said. “Criminals seeking to launder ill-gotten funds could hardly pick a worse commodity than antiquities.”

Legislative staffers who helped craft the new regulations said that they were guided by what they learned in Congressional hearings and from industry experts. Unesco warned in 2020 that the development of online sales platforms and social networks had facilitated the illicit sale of antiquities and that existing regulations had failed to stem the black market.

The new legislation calls for a study on the role of art in money laundering and terror financing. (A recent Senate report has already outlined how at least two Russian oligarchs had exploited the opaqueness of the art world to bypass U.S. sanctions.) If the study finds a link between the art market and illicit activity, it could, upon congressional review, trigger the creation of rules similar to the ones now concerning the antiquities trade. Regulators have also signaled that the Bank Secrecy Act could be further extended into the art market.

“You have to know who is buying and selling,” Mr. Byrne said. “The argument that you have no obligation to report suspicious activity because you are in the private sector doesn’t work. Banks lost that argument 30 years ago.”

By Zachary Small, January 1, 2021, published on The New-York Times