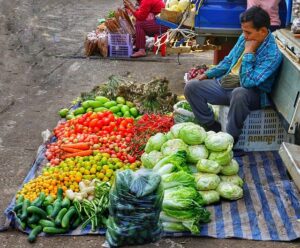 This TAFT report is a companion piece to earlier Financial Action Taskforce (FATF) and FATF-style Regional Body (FSRB) documents focusing on trade-based money laundering (TBML), such as the 2006 landmark study, the 2008 best practices paper, and the 2012 report by the Asia Pacific Group on Money Laundering (APG).

This TAFT report complements the insight generated by those original publications, while benefiting from additional input from the Egmont Group of Financial Intelligence Units (Egmont Group), national and international private sector institutions, and multi-lateral bodies. Capturing this public and private sector insight has created a comprehensive study outlining the extent to which TBML remains a significant money laundering (ML) risk, while noting the consolidation of already established TBML It also reflects on progress made since the APG’s report, including promotion of its key findings about practical enhancements to risk analysis, assessment and mitigation. While the report recognises there are still significant challenges in achieving successful criminal prosecutions of TBML, it notes the development of additional initiatives, tools and capabilities that are improving efforts to detect and disrupt TBML schemes. This includes advanced IT and risk-assessment systems, and deeper and more systematic co-operation between the public and private sectors.

The TAFT report is intended for an extensive audience, including competent authorities tasked with identifying, investigating, or prosecuting TBML/TF; financial institutions (FIs); designated non-financial businesses and professions (DNFBPs) that may be at risk from TBML/TF exploitation or identify aspects of it, without realising what it means; and other interlocutors involved in regional or global supply chains, such as freight forwarders and customs brokers that hold relevant and meaningful trade or financing data.

Trade can be inherently complex and complicated, reflecting the nature of interconnected supply chains stretching around the world. These are exploited by Organised Criminal Groups (OCGs), Professional Money Launderers (PMLs), and Terrorist Financing (TF) networks, to facilitate myriad types of financial flows, including the laundering of proceeds of crime, such as from drug trafficking; the financing of terrorism; and the evasion of sanctions.

Report contributors noted the continued exploitation of TBML techniques first identified in the 2006 FATF study. These continue to be used for ML purposes as they are highly flexible and adaptable, despite changes in global trading patterns and the growth of new markets. These techniques are particularly effective when there is a complicit relationship between the importer and exporter, who are actively misrepresenting an aspect of the trade or the associated invoice settlement process.

Therefore, authorities can have a greater impact if they can disrupt these complicit actors, whether through criminal prosecution or another form of disruption – e.g. removing their authority to trade.

In addition, exploitation of trade financing processes was a common theme noted by private sector contributors. The APG’s report promoted the importance of public sector bodies deepening their understanding of these processes, to complement their existing knowledge of predicate offences linked to TBML. This remains a key finding for this report, as greater awareness about all aspects of the trade process, including how different financing processes are managed, would likely increase opportunities to detect and successfully disrupt TBML/TF.

Greater awareness about all aspects of the trade process, would likely increase opportunities to detect and successfully disrupt trade- based money laundering and trade-based terrorist financing.

The report takes stock of current TBML risks, including the exploitation of new or existing methods of introducing illicit cash into the financial system. Despite the growth in technology-enabled payment methods, case studies highlight the reliance on Black Market Peso Exchange (BMPE).The report also notes other forms of illicit cash integration, such as the exploitation of surrogate shopping or the infiltration of legitimate supply chains.

While there can be significant intersection between TBML or TBTF schemes and exploitation of shell or front companies, they do not feature in all TBML/TF schemes. When they are used, they can support the integration of funds, while providing an additional benefit of hiding the beneficial owners.

While financial institutions were aware of the risks associated with third-party intermediaries, the report acknowledges that others in the supply chain, such as legitimate importers or exporters, or those with an oversight role, such as auditors or accountants, may not question why an entirely unrelated third- party is involved in the payment settlement process.

All contributors noted there are still challenges in routinely identifying and combating TBML/TF. Issues flagged in the 2006 study and expanded in the 2012 report, remain. For example, challenges in ensuring systematic and consistent co-operation, both domestically and internationally, can hamper detection and disruption of TBML and TBTF schemes.

Relevant trade data is held across multiple stakeholders with restrictions about the extent to which this data is shared, both operationally and in bulk. Newer challenges highlighted include the growth in online businesses, restricting scope for proactive compliance activity, and new technologies and the digitalisation of trade processes, increasing the speed of trade operations.

At the same time, the report reflects on several new initiatives and continued maturity of others, which aim to address these challenges, and increase capability across the trade system to identify and respond to TBML and TBTF. For example, numerous countries have established Public Private Partnership (PPP) initiatives, where public and private sector stakeholders cooperate to share knowledge and expertise on critical financial crime risks, including TBML. Some international bodies have also adopted this approach to collaboration with the private sector.

There has also been a growth in comprehensive studies on trade-related activities, and competent authorities are engaging in new forms of bi-lateral and multi-lateral intelligence sharing and investigation initiatives that are disrupting TBML/TF. The report reflects on these initiatives and other examples of tackling TBML/TF best practice.

At the strategic level, FATF’s introduction of a risk-based approach to AML/CFT in 2012, is arguably the most fundamental revision to the FATF Standards in recent years. It encourages jurisdictions to undertake systematic analysis of their exposure to ML/TF risks, including TBML. A primary output of this analysis is often a National Risk Assessment (NRA), which can act as a bridge between the public and private sector’s understanding of threats and vulnerabilities. It can help ensure there is consistency of risk understanding, and inform the development of risk-based policies, procedures and/or legislation.

The report provides several examples of NRAs that have identified exposure to TBML and is complemented by case studies of how private sector institutions have adapted their risk-assessment processes to better detect TBML. Given the international nature of the risk, this process was recognised as vital in encouraging jurisdictions and institutions to consider their exposure to TBML/TF, particularly those coming to the risk from a new perspective, whether that is because of a growth in trade activity, an increase in company formation processes or expansion of their financial services market.

The report aims to present complex issues in an accessible, easy-to-understand way. It has relevance to countries with already well-developed systems and processes to identify and disrupt TBML or TBTF, and to those starting on that journey because they have noted a growth in suspicious

activity linked to trade transactions. It provides a toolkit of ideas and initiatives that have delivered impact in combatting TBML and TBTF schemes and these can be adapted by jurisdictions to suit their domestic circumstances. For example, if there are restrictions on the extent to which public and private sectors can share actionable ML or TF intelligence, any PPP can focus more on establishing a meaningful dialogue on strategic threat and risk understanding.

The overarching theme of the report is one of vigilance, with competent authorities, private sector institutions, and other participants in global supply chains encouraged to use the report as a guide.