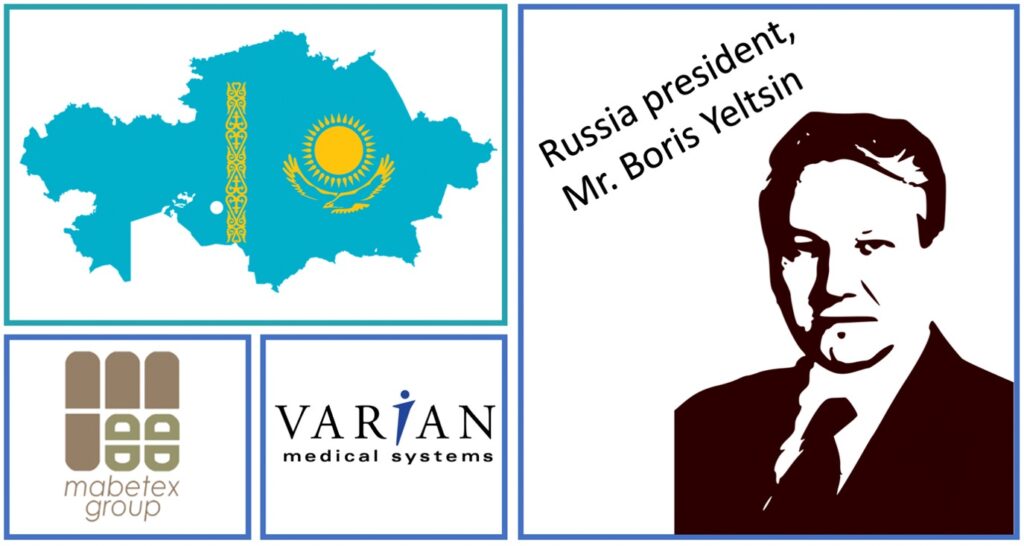 Mabetex construction company created by Behgjet Pacolli, former President of Kosovo.  Behgjet Pacolli, a wealthy Kosovar Albanian businessman who led a political movement that had helped secure Kosovo’s independence from Serbia. He also briefly served as the country’s president and its foreign minister.

IN the year 2000, the justice authorities in Geneva have charged Beghjet Pacolli, the director of the Swiss construction company, Mabetex, with involvement in the Kremlin corruption scandal.

In 1998, Boris Yeltsin was president of Russia. The Mabetex case became the loudest corruption scandal of the 90s not only in Russia, but all over the world.

The essence of the accusations, which were leveled by the Prosecutor General’s Office, headed by Yuri Skuratov, was that officials from the highest federal bodies of the Russian government received multimillion dollar bribes, providing bribe-givers with the conclusion of super-profitable contracts for the reconstruction of the Kremlin.

The piquancy of the historical moment lay in the fact that the main person involved in the case was Pavel Pavlovich Borodin, the Chief Executive Officer of the President of the Russian Federation. And in the subtext – the members of the “Family”.

It was alleged that the Swiss construction firm Mabetex Engineering and its subsidiary Mercata Trading & Engineering SA paid millions of US dollars to a number of Russian government officials in bribes for lucrative contracts, in particular a contract for restoration work in the Moscow Kremlin. This case was investigated by the authorities of Russia, Switzerland and Italy.

In June 1990, entrepreneur Behjet Pacolli established the construction company Mabetex. In 1992, a branch of Mabetex was opened in Moscow, after which the company received contracts for work in Yakutia.  At this time, Pacolli met Pavel Borodin, who was then the mayor of Yakutsk.

In November 1993, Pavel Borodin was appointed manager of the affairs of the President of Russia.

In 1993-1996, Mabetex and its subsidiary Mercata were awarded contracts for restoration work at sites such as the House of the Government of Russia, the State Duma, the Federation Council and the buildings of the Moscow Kremlin. 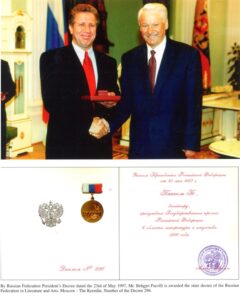 In a review by David Satter, A senior Fellow in the Hudson Institute from 2016, he wrote that in the fall of 1997, Carla del Ponte, the Swiss Prosecutor General, was given police reports showing that Russian organized crime controlled more than 300 firms in Switzerland and that a Swiss businessman of Albanian origin, Behgjet Pacolli, who headed Mabetex, the construction company that was doing reconstruction work on the Kremlin, was providing unexplained funds to Yeltsin and his daughters. In September 1998, these documents were forwarded to Russian Prosecutor General Yuri Skuratov.

On January 22, 1999, the office of Mabetex was raided in Lugano, and records were discovered that showed payments of $600,000 on the credit cards of Yeltsin’s daughters. It also seemed that Pacolli had paid kickbacks to Pavel Borodin, the director of the presidential administration, for the contracts to work on the Kremlin. Skuratov, meanwhile, intensified his investigation into the activities of Berezovsky. On February 2 and 4, heavily armed FSB agents raided Aeroflot and the private security firm Atoll, which was also associated with Berezovsky.

The investigation of Dyachenko and Berezovsky was a direct challenge to the regime. It came, moreover, at a time when Yeltsin was reportedly suffering blackouts and periods of disorientation and many important decisions were being made by Dyachenko.

The Yeltsin entourage was not slow to react. The FSB under then-Director Vladimir Putin secretly filmed Skuratov in a sauna engaging in sex with two prostitutes. The film was shown on the state television channel, RTR in primetime, and Skuratov was forced to resign. An arrest order against Berezovsky was revoked.

In 1998, for example, on his own initiative, he met in Belgrade for eight hours with Milosevic — a reviled figure to many Kosovars. Pacolli said he was trying to avert the coming Kosovo War, which claimed more than 11,000 lives. When he died in 2006, Milosevic was being tried on charges including the forcible deportation of 800,000 ethnic Albanians from Kosovo. That year, the U.S. Embassy Pristina said Pacolli’s Serbian and Russian dealings made him “unpopular and distrusted,” according to Wikileaks.

As one of the most controversial — and richest — men in an impoverished region with a long history of violence, security is never far from his mind. Even a car from his own fleet was checked for bombs when it returned to his estate. “Kosovo is safe now, but it’s good to be careful,” he said.

Pacolli found enough support to win parliament’s vote for president in 2011, though more than 50 lawmakers boycotted the contest and the results were quickly annulled. Months earlier, he flew to Libya to urge Gaddafi to recognize Kosovo. Gaddafi, who was later overthrown and murdered, said he wouldn’t do so as long as it was run by “American poodles,” the Economist reported at the time.

Mabetex has considerable business presence in Kazakhstan, including tied connection between 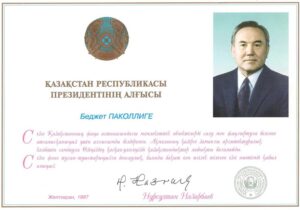 Lately, Mabetex Group entered business negotiations with Varian Medical Systems, led by the company’s president Chris Toth, and other executives – Dow R. Wilson, and Kolleen Kenndy. The negotiations are for a multi millions deal in Kazakhstan.

What are the “Know-Your-Customer” (KYC) and compliance processes international medical companies go through around the world?

When, in retrospective, international medical mega-deals prove to be corrupted, it means that a lot of funds, allocated for the welfare and health of the Kazakh people, go to private pockets, and this is wrong especially in the era of COVID-19,