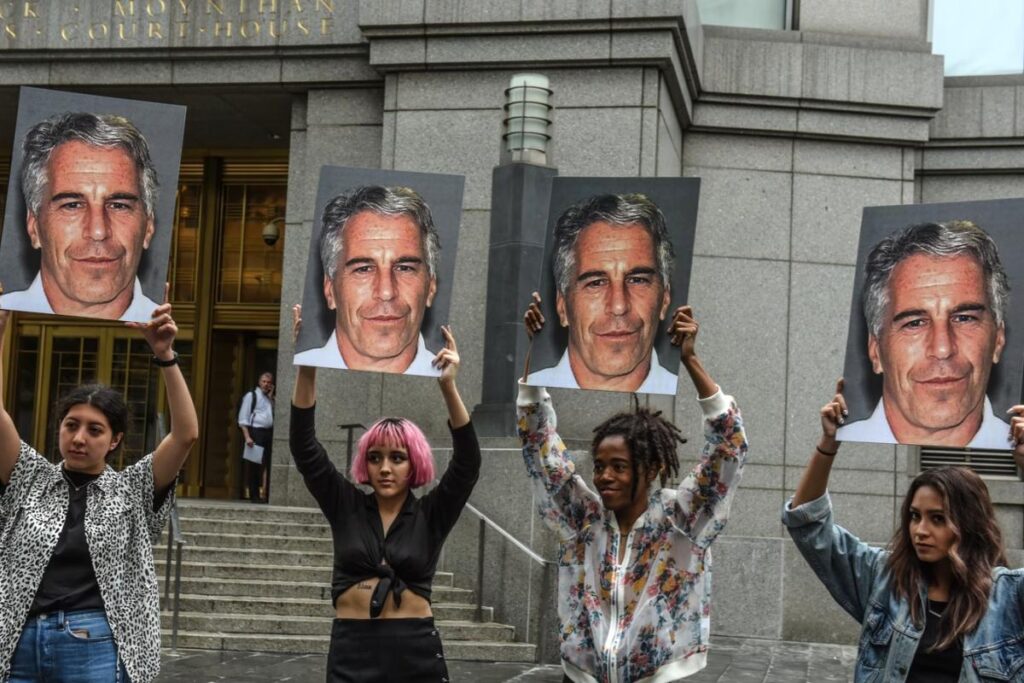 A lawsuit says the bank helped conceal the exploitation of women and girls by the convicted sex offender Jeffrey Epstein. The U.S. Virgin Islands lawsuit says JPMorgan Chase should have known about Jeffrey Epstein’s illegal activities on Little St. James Island, which he owned.

The attorney general of the U.S. Virgin Islands is accusing JPMorgan Chase of helping Jeffrey Epstein illegally exploit women and girls, according to a lawsuit filed Tuesday in federal court in Manhattan. The suit says JPMorgan provided banking services to Mr. Epstein after he had been convicted of sex charges and failed to report his suspicious activities.

The lawsuit said the bank should have known about Mr. Epstein’s illegal activities at a villa on Little St. James Island, an island he owned in the territory, and should have reported them to the authorities as part of its adherence to anti-money-laundering laws.

“JPMorgan knowingly, negligently and unlawfully provided and pulled the levers through which recruiters and victims were paid and was indispensable to the operation and concealment of the Epstein trafficking enterprise,” the lawsuit said.

Mr. Epstein, a secretive financier, maintained close associations with a long list of wealthy men, politicians and celebrities even after he pleaded guilty in 2008 to two counts of soliciting prostitution from a teenage girl and faced allegations in 2016 that he had helped smother a larger investigation into his activities. He died in an apparent suicide in August 2019 while in federal custody on a new set of sex exploitation charges.

Mr. Epstein was a client of JPMorgan’s high-end banking services for 15 years, a relationship that continued well after his 2008 conviction even though the bank’s employees raised alarms about the legal and reputational risks. The bank ejected him as a client in 2013.

Tuesday’s lawsuit, parts of which were redacted from public view, said the bank’s failure to cut ties with Mr. Epstein after his 2008 conviction, as well as its failure to scrutinize his activities when new sexual abuse allegations against him became public, amounted to helping Mr. Epstein carry out his schemes.

The lawsuit cited civil racketeering claims that the territory’s attorney general, Denise N. George, filed in 2020 against Mr. Epstein’s estate. The 2020 case described a complex operation focused on bringing women and girls to Little St. James Island, where they were abused and then paid to stay silent.

On Nov. 30, Ms. George and the estate announced an agreement to settle the case for around $105 million, including $80 million in repayments to the government for tax benefits that Mr. Epstein inappropriately obtained, and about half the proceeds from the sale of Mr. Epstein’s island, which could total $55 million. Neither the estate nor its executors admitted wrongdoing as part of the settlement.

This week’s lawsuit against JPMorgan seeks to force the bank to turn over profits from its business with Mr. Epstein and his companies and to pay unspecified amounts in penalties and damages to the government.

“JPMorgan facilitated and concealed wire and cash transactions that raised suspicion of — and were in fact part of — a criminal enterprise whose currency was the sexual servitude of dozens of women and girls in and beyond the Virgin Islands,” the lawsuit said.