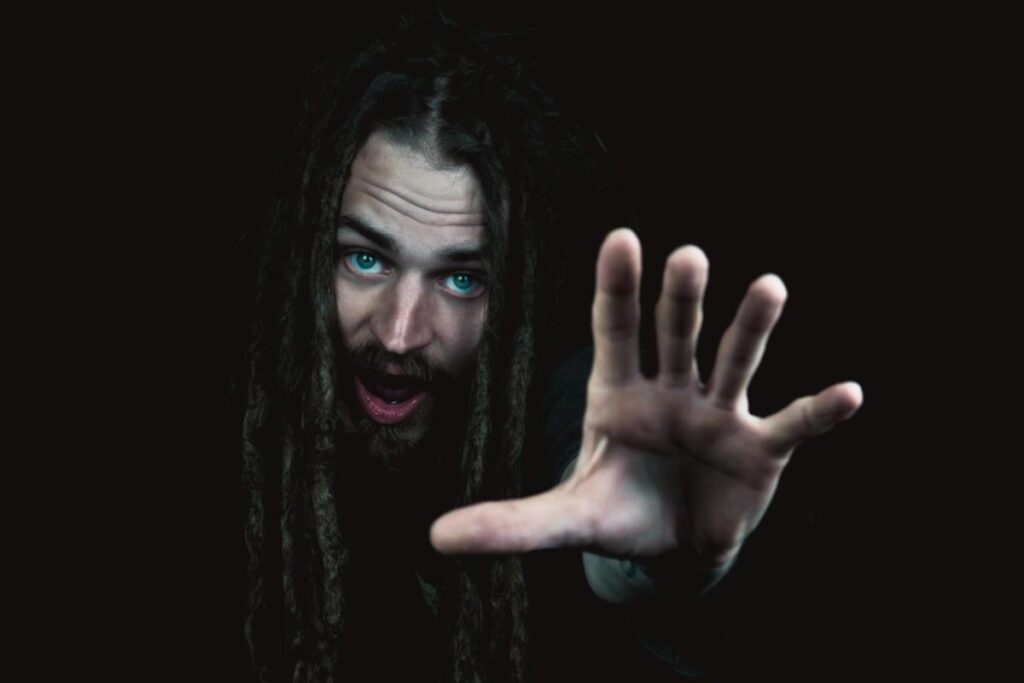 Sanctions applied to Russia as a result of its invasion of Ukraine are unprecedented. Yet, Russia is finding workarounds to circumvent the strict regime. Here are 10 tricks Russia uses to evade sanctions. The issue of global sanctions against Russian aggression has rightly become the number two priority – just after weapons – for diplomats, political leaders, lawyers, economists, and the world community as a whole.

The unprecedented number of sanctions imposed by democratic countries to Russia has an important impact on the economy and the course of the Russo-Ukrainian war. Sanctions, like war, can go on the offensive, retreat, or make detours.

The Kremlin’s goal is very simple: to minimize the destructive impact of international sanctions. It should be noted that it is virtually impossible to circumvent sanctions alone. There are always partners, allies, and sometimes even democratic countries.

Increasingly more traders are working to obscure the origins of Russian oil to keep it flowing. The oil is being concealed in blends of refined products such as gasoline, diesel, and chemicals.

Investigative journalists report that Russian oil is frequently mixed with oil from other countries in order to create an oil mix, commonly referred to as “Lithuanian” or “Turkmen” blends. For example, a mix of 49.99% of oil from Russia and 50.01% – from another destination.

Thus, technically speaking, the oil is no longer of Russian origin. The oil is shipped from the Russian port of Primorsk to Ventspils, a Latvian port, where the product is transformed into a mix of fuels.

Since the invasion of Ukraine, 11 million barrels of Russian oil have been shipped abroad under the Latvian scheme alone. Shell later apologized for this arrangement and promised to stop.

Similarly, Mongolia began exporting much more coal through Russian ports in the Far East. At the same time, Mongolia did not announce the discovery or the development of new deposits, so everyone decided that the Mongolian coal mix was a good answer to the Latvian blend.

Moreover, there is another interesting scam, quite widely used since the sanctions against Iraq. The fuel can be reloaded into another tanker on the high seas, that is, a tanker with no precise destination. It is estimated that over 11.1 million barrels of Russian oil have been loaded into such tankers.

This kind of trading allows Russia to import prohibited goods. How does it work? For example, sanctions prohibit the supply of certain equipment from Germany. So, two agreements are concluded: one between a Russian company and a Turkish company; the other between the Turkish company and a German company.

The Turkish firm buys the prohibited equipment and then ships it to the Russian firm via Turkey or Azerbaijan. Even goods from the USA and Europe are shipped this way, also through Kazakhstan.

But, European manufacturers know very well where and to whom they are selling. Of course, there are many variants to this scheme. The United Arab Emirates (UAE) has become a powerful partner in this plan because it is easy and convenient to relocate a business there. As in Turkey, anyone can get a residence permit by buying real estate, which paves the way for the establishment of a legal company.

Reuters claims that wealthy Russians are pouring money into real estate in Turkey and the UAE. But, EU countries say that exports to Russia have declined by 55%. Officially at least.

Dozens of companies have appeared on the Internet offering “official” services for card issuance in another country. However, in mid-May 2022, all Kazakh banks stopped issuing bank cards to Russians.

The reason is simple enough. The banks do not wish to fall under certain sanctions. Today, Russians travel to Minsk to get Visa and MasterCard cards from Belarusian banks. They cannot use them on Russian platforms and in Russian stores, but will be able to pay for international services and, for example, subscriptions to the App Store or Google Play, let’s say.

It is highly likely that this “debit-card tourism” will continue, perhaps in Uzbekistan, Switzerland, online banks such as Tinkoff Bank, etc.

Russian banks automatically re-issue Visa and Mastercard through the MIR payment system. Customers will not even need to visit their bank. The card will be delivered by courier and will work in Russia, Turkey, Vietnam, etc. Some banks issue their Visa and Mastercard for an indefinite period of time.

Earlier, Russian legislation prohibited the import of goods that were dispatched to markets of other countries without the consent of the trademark owner. However, a new government document has allowed the import of certain goods – vehicles, technology, metals, pharmaceuticals and clothing.

Accordingly, a Russian company can buy some Tesla cars in Kazakhstan, for example, and then “legally” sell them in Russia.

It is prohibited for companies to sell American server and network equipment. But, Russian companies/individuals purchase individual components elsewhere. Chinese manufacturers supply some individual parts, such as memory modules and motherboards, although it is more profitable for them to sell finished products.

Lenovo, Huawei, and ZTE can supply the necessary spare parts and electronics. But, all Chinese-made manufacturers of user, server, and infrastructure equipment in one way or another contain American intellectual property.

In this situation, the equipment is subject to secondary anti-Russia sanctions. But, it is possible to purchase some Chinese components that are not under any restrictions.

Visa, Master, JCB and PayPal have refused to work with Russian companies. Several Russian banks have been banned from SWIFT.

However, there are still payment systems on the market that allow for international transactions: MIR (МИР) is a well-known Russian card system that has existed since 2015, but few countries accept them (Turkey, Vietnam, Armenia, Uzbekistan, Belarus, Kazakhstan, Kyrgyzstan, Tajikistan).

UnionPay, a Chinese payment system that has been operating since 2008, is accepted in 180 countries.

Some Russian banks plan to issue Mir-UnionPay cards. The Golden Crown is a money transfer system with a European subsidiary KoronaPay, although it is also limited to a maximum transfer amount of $5,000. Contact, Skrill and Unestream services also allow Russians to transfer money abroad.

Secondary sanctions work more effectively. For example, US sanctions prohibit Russian Transkapitalbank (TKB) from any dealings in dollars or with the US financial system, especially in Asia. The bank came under sanctions on 20 April for “offering services to several banks in Asia, including within China, and the Middle East, and suggested options to evade international sanctions.” In fact, TKB enabled its customers to conduct transactions through its own Internet banking system, known as TKB Business, an alternative communication channel for SWIFT.

Turkey has created airline companies that will serve only Russians. In this manner, Russia and Turkey can circumvent EU and US sanctions and boost Russian tourism in Turkey. The newly created companies will not be taking needless risks, as they will fly only to Russia.

Furthermore, Turkish Airlines and Pegasus plan to offer millions of more seats between Russia and Turkey in an effort to encourage Russian tourists to return to Turkey.

As for the European route, it is possible to travel from Russia to Europe and back via Serbia (Air Serbia), Turkey (Istanbul), the UAE (Dubai or Abu Dhabi), Armenia, Azerbaijan, Georgia or Kazakhstan.

The European Commission confirmed how European Union companies can pay for Russian gas without breaching the bloc’s sanctions against Russia. The Italian energy group Eni immediately announced the opening of a ruble account with Gazprombank, while Germany’s RWE stated that it had also opened an account in Russia to pay for gas.

Earlier, it was reported that several companies, even Slovaks, had agreed to pay Russia in rubles. In essence, such moves constitute both a circumvention of sanctions to Russia and a breach of contract.

Basically, this means restructuring the company with one simple goal in mind: to remove individuals or legal entities from sanctions. For example, Switzerland offers to help Russian companies to restructure and thus hide the final beneficial owner.

It is also interesting to see how Russian oligarchs (sanctioned beneficial owners) protect their assets, usually a company or trust. Placed under international sanctions, the asset is literally frozen.

However, there is a simple solution: the company goes into a liquidation process, i.e. all property and stock are liquidated. But, a liquidator has the right to allocate funds for the maintenance of the asset. In essence, the ultimate goal is to prevent the value of the asset from declining (depreciation).

Sources in top law firms in London and New York confirm that there has been a wave of inquiries from Russians (and Russian business) about sanctions circumvention or “how to live with sanctions”.

In practice, both governments and professional regulators forbid consulting and legal firms to offer advice on sanctions circumvention. However, there are nuances. For example, although lawyers and consultants are not allowed to advise a company with a sanctioned beneficial owner, the ban is not so strict if there is a change in beneficial ownership.

Lawyers are not allowed to accept funds for consultations on sanctions, or even guidelines, but law firms have come up with yet another trick of the trade: they offer their services pro bono and bill for random services.

Another option is to offer advice to “a friend”, i.e. a company that, by coincidence, is an exact copy of the sanctioned company, but belongs to a non-sanctioned third party.

All in all and in the long run, international sanctions seem to be working, but unfortunately, it is “two steps forward and one step back”. In the end, for prohibitions and regulations to work effectively, sanctions evasion must be criminalized.

June 6, 2022 Published by The Euromaidan Press.