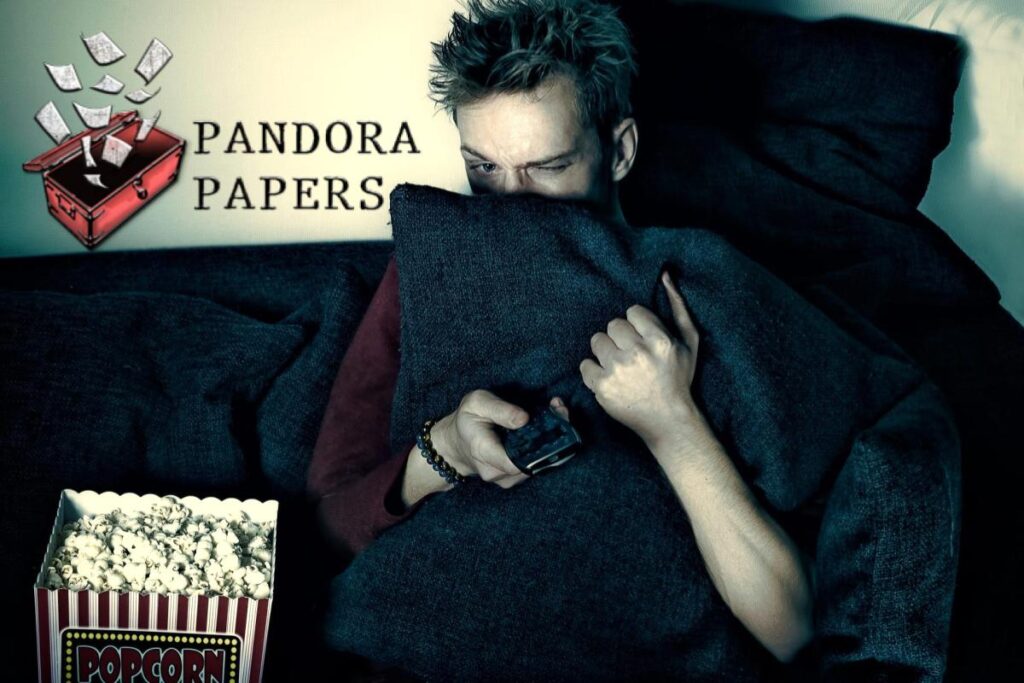 From pivotal legislative pushes in the U.S. and elsewhere, to ongoing probes into deposed leaders and tax dodgers, the impact of the largest ever offshore investigation is still being felt around the world. Journalists and 150 media partners around the globe began rolling out the Pandora Papers, a world-rocking exposé that’s been called “a money bomb with political ripples,” “a financial earthquake” and “one of the essential stories of our time.”

The project took readers deeper than ever inside an offshore financial system that perpetuates corruption and authoritarianism and widens gaps between rich and poor. A U.S. senator called the investigation a “wake-up call to all who care about the future of democracy.”

More than 600 journalists at 151 news organizations in 117 countries worked together to make the Pandora Papers a reality — the largest collaboration in journalism history.

The Pandora Papers’ revelations about the financial secrets of prime ministers, oligarchs, mobsters and other powerful figures spawned action by governments and international groups, triggering investigations, legislation and rule changes in dozens of countries.

In August, Le Monde revealed that French anti-corruption officials had opened a probe of former Czech prime minister Andrej Babis, whose secret $22 million purchase of a chateau on the French Riviera had been exposed by the media partnership.

The investigators are looking into Babis’ real estate deal to assess whether he may have laundered the proceeds of tax fraud, according to exclusive information obtained by Le Monde, an ICIJ partner.

In the October 2021 release of the Pandora Papers, ICIJ and media partners revealed that Babis, a billionaire businessman and politician, had used a web of shell companies in offshore jurisdictions to secretly buy a 9.4- acre property called “Chateau Bigaud” in Mougins, near Cannes. (Babis denies wrongdoing.)

Days later, Czech citizens voted Babis out of office. His party finished second in a national plebiscite, allowing a coalition of other parties to form a new government. One media poll suggested 8% of his party’s supporters switched their votes as a result of the Pandora Papers disclosures.

Even at a time of relentless media coverage of a narrow selection of news and celebrity stories — including surging inflation, Russia’s invasion of Ukraine and the death of the United Kingdom’s queen —  the Pandora Papers continues to be part of the media discussion about politics, economics and justice. A search of the Lexis Nexis news database for “Pandora Papers” produces more than 200 hits in 14 languages over the past month alone.

Journalism organizations, meanwhile, have hailed the Pandora Papers as a “tour de force, “an eye-opening tale of money and power in the 21st Century” and “a cooperative endeavor considered virtually impossible by conventional journalistic wisdom.”

Just days after the Pandora Papers’ publication, U.S. legislators introduced a bill that would force attorneys, art dealers and trust companies to investigate clients from abroad seeking to move money through the American financial system. The legislation, known as the Enablers Act, has since gained significant momentum, and in June was added to the National Defense Authorization Act — fast-tracking the bill and significantly increasing the likelihood it will become law.

Samantha Power, administrator for the U.S. Agency for International Development, cited Pandora Papers — as well as earlier ICIJ media collaboration, the Panama Papers — in discussing “initiatives allowing journalists to work together across borders to piece together vast corruption scandals that span the globe.”

In September, the agency issued an 84-page guide to fighting kleptocracy — which means, literally,  “rule by thieves,” or a “government by people who use their power to steal their country’s resources.” The report says that “supporting investigative journalism is often the single best possible investment in the development of a country beset by repressive kleptocracy. Independent reporting that reveals the truth about corruption provides crucial information and motivation that citizens and authorities need in order to make government serve the people.”

The guide references the Pandora Papers collaboration, noting that while journalists “traditionally guard their scoops from competing journalists, collaborators on ICIJ projects radically share findings with each other over secure channels to build on each other’s work before publishing.”

Along with citing the Pandora Papers investigation as a model for fighting corruption, government authorities around the globe also continue work on their own law enforcement and regulatory probes sparked by the media partnership’s investigation.

In early September, India’s Financial Express reported that the Indian government’s Financial Intelligence Unit has so far sent out 160 requests to its counterparts in 33 other countries and territories regarding Indians named in the Pandora Papers — and has received 125 responses. The newspaper said that the information received by the FIU includes details about foreign bank accounts; investments by offshore entities; and identities of individuals who control offshore trusts.

Later in September, the European Parliament’s Committee on Development issued a draft opinion on “the lessons learnt from the Pandora Papers and other revelations.” It urged another parliamentary panel, the Committee on Economic and Monetary Affairs, to denounce “the existence of a shadowy offshore financial system with offices all over the world” — and to emphasize that “the practices brought to light by the Pandora Papers revelations” have a “severe impact” on developing countries.

In the east of Europe, following the Russian invasion of Ukraine, ICIJ redoubled efforts investigating the secret financial flows that have propped up the network of supporters and allies around President Vladimir Putin. Drawing on the Pandora Papers data, and more than a decade of leaked files from earlier investigations, ICIJ and its partners have continued to publish new stories that have shed light on secret shell companies, sanctions-dodging, concealed yacht ownership and more.

In Latin America the Pandora Papers landed sitting and former heads of state and presidential candidates in hot water. In Chile, lawmakers impeached then President Sebastián Piñera; while the country’s Senate voted 24-18 in favor of removing him from office, the vote fell short of the required threshold. A separate investigation by Chile’s national prosecutor is pending. In Ecuador, the national prosecutor’s office continues to investigate president Guillermo Lasso’s links to an American trust. In Honduras, voters rejected Nasry Asfura, the ruling party’s candidate for president, after the leaked documents exposed his interests in secretive companies in Panama.

Based on information published in the Pandora Papers, the Chilean Internal Revenue Service launched 18 audits and 33 compliance revisions, the agency said on Monday. The government agency told ICIJ media partner CIPER that the investigations are pending.

Gerard Ryle, ICIJ’s director, said the first anniversary of the Pandora Papers provides another opportunity to “recognize the tenacious work and sheer courage of all of the media outlets and journalists who made this global investigation possible.”

“In an era when the news business is under fire from powerful figures who use their public platforms to threaten and attack journalists, it’s important to remember the difficult and important work that investigative journalists do,” Ryle said. “By coming together and supporting each other, ICIJ and its partners have shown how to fight back against assaults on press freedom — and how to do journalism that can help change the world for the better.”

October 3, 2022 Published by The International Consortium of Investigative Journalists, Inc.