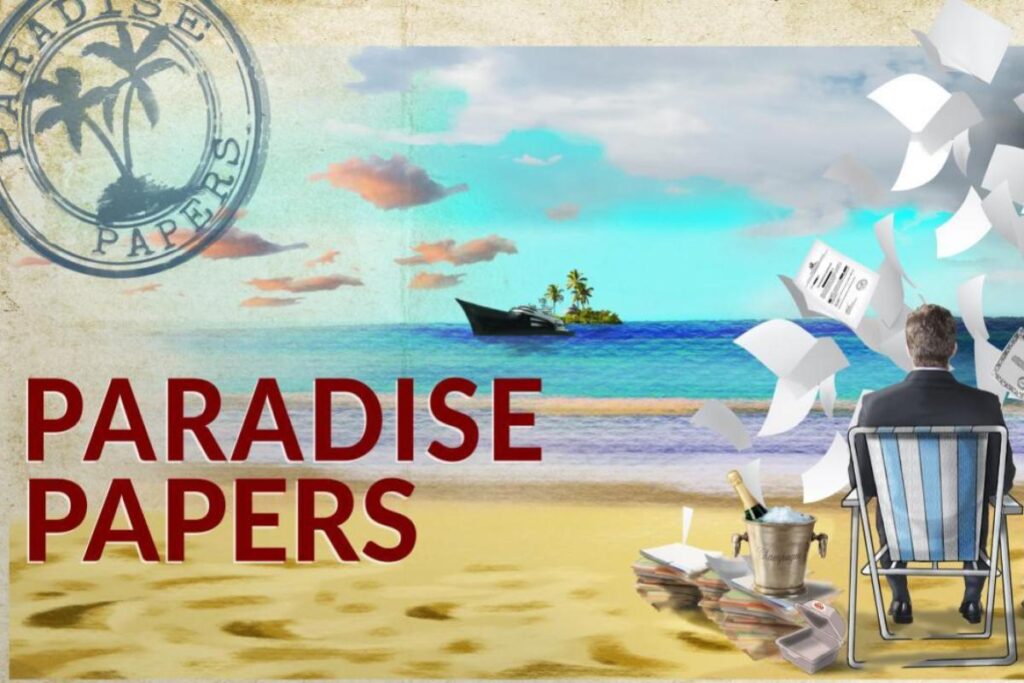 The $156 million, 324-foot yacht “Madame Gu” has an enclosed helicopter hangar, a gym and a beach club. It sports a Cayman Islands flag on the stern. And, at night, the hull lights up in bright blue or red.

The massive yacht’s last reported position was in the Persian Gulf, but that was three months ago, before the transponder was turned off and the vessel disappeared, according to a website that tracks marine traffic.

Why might a yacht want to keep its location secret? In the case of the “Madame Gu,” the likely answer can be found in a recent announcement by the U.S. government, and in a set of leaked files from an offshore law firm that powered Paradise Papers, a 2017 investigation by the International Consortium of Investigative Journalists.

The U.S. Treasury Department said last week that it had designated the vessel, along with a helicopter housed on it and a private plane, as “blocked property,” due to links to  twice-sanctioned Russian billionaire and politician Andrei Skoch. The restrictive measure bars U.S. entities from conducting any business with the yacht.

The order, which also named yachts and assets owned by other Russian elites, is intended to “degrade the key networks” they used to hide and move money around the globe, the Treasury Department said.

Skoch, whom Western media have dubbed the “richest man in the Duma,” has been a member of Russia’s national parliament since 1999.

The Paradise Papers, a trove of more than 13 million financial records leaked from offshore law firm Appleby and other sources, show that Skoch financed the acquisition of two yachts and a villa owned by his romantic partner, Elena Likhach, through a web of shell companies. In doing so, he joined a host of other Russian oligarchs — and power brokers worldwide — who control properties, boats and other luxury assets through a trusted proxy, often a relative or close friend.

The documents show, too, the willingness of middlemen and enablers to please wealthy clients who want to keep secret their ties to valuable assets.

In 2013, an Appleby compliance officer warned two of her managers about Likhach’s association with Skoch, citing press reports linking the lawmaker to “criminal groups.”

“I believe the client appears to be one of the bad [politically exposed persons] which deﬁnitely pose a very high risk,” the officer wrote.

The managers dismissed her concerns. “I don’t see a problem with the business,” one manager wrote.

Appleby is one of the many elite firms that have provided services to powerful Russians despite their known links to the Kremlin. Other firms include American law firm Baker McKenzie and accounting giant PwC, ICIJ has previously reported.

Appleby and Skoch did not reply to ICIJ’s requests for comment.

‘Gifts’ from a billionaire

Confidential emails and ledgers show that Likhach became an Appleby client in 2007, when the firm helped her set up a Cayman Islands company with the purpose of owning a smaller yacht, worth $57 million, named “Gu”and later renamed “Lady Gulya.”

The yacht was sold in 2018, according to boating news sites, which did not provide details of the deal.

In 2012, Likhach hired Appleby to set up other shell companies: One, based in the Cayman Islands, bought “Madame Gu,” the luxury yacht identified by the U.S. government, for $277 million. Another shell, based in Jersey, managed the payroll for a 35-member crew.

The request to create the Seychelles companies prompted Appleby compliance officers to examine the Russian client’s background as part of a routine due-diligence process required by law.

They described Likhach as a politically-exposed client because of her partner’s government  position.

In an internal memo, a compliance officer wrote that “gifts” from Skoch, “with whom she has children but is not married,” were also the source of funds for Likhach’s offshore activities.

The officer also noted in the memo that the Swiss lawyer representing Likhach said he “would not be able to write” the politician’s name in any document or email related to the offshore companies.

“It is possible that Elena is only holding the Company on behalf of Andrei Skoch,” the officer concluded.

Skoch made his fortune, now valued by Forbes magazine at about $6 billion, in mining, holding an indirect interest in a metal company owned by Alisher Usmanov, a sanctioned oligarch close to Putin.

Likhach’s lawyer, Stephan Arnet, confirmed that his firm provides legal services “with respect to her assets” but didn’t elaborate on the details, citing attorney-client privilege. Arnet told ICIJ in an email that the law firm is subject to Swiss anti-money laundering regulations and that “the sources of wealth of Ms. Elena Likhach are verified, among the others, by other reputable financial institutions.”

“We neither know nor represent Mr. Andrei Skoch and never did so,” Arnet added.

In 2017, ICIJ’s Paradise Papers investigation exposed secret offshore deals of politicians and fraudsters and revealed how Appleby sometimes failed to keep out questionable clients. The investigation was based on leaked documents obtained by German newspaper Süddeutsche Zeitung and shared with ICIJ.

Appleby did not provide ICIJ with answers to detailed questions at the time. Instead, it released a media statement online that said the firm is committed to high standards and rejected any allegations of wrongdoing by the company or its clients.

The U.S. sanctioned Skoch for the first time in 2018, alleging he had “longstanding ties to Russian organized criminal groups,” which he has denied.

After Russia invaded Ukraine in February, the U.S. sanctioned him again along with dozens of other politicians, businessmen and companies allegedly connected with the Kremlin. The European Union, the United Kingdom and Switzerland, where Likhach’s attorney resides, added most members of the Duma to the lists of sanctioned individuals.

Likhach, who is listed as a housewife in the leaked files, has not been sanctioned.

June 6, 2022 Published by The International Consortium of Investigative Journalists.