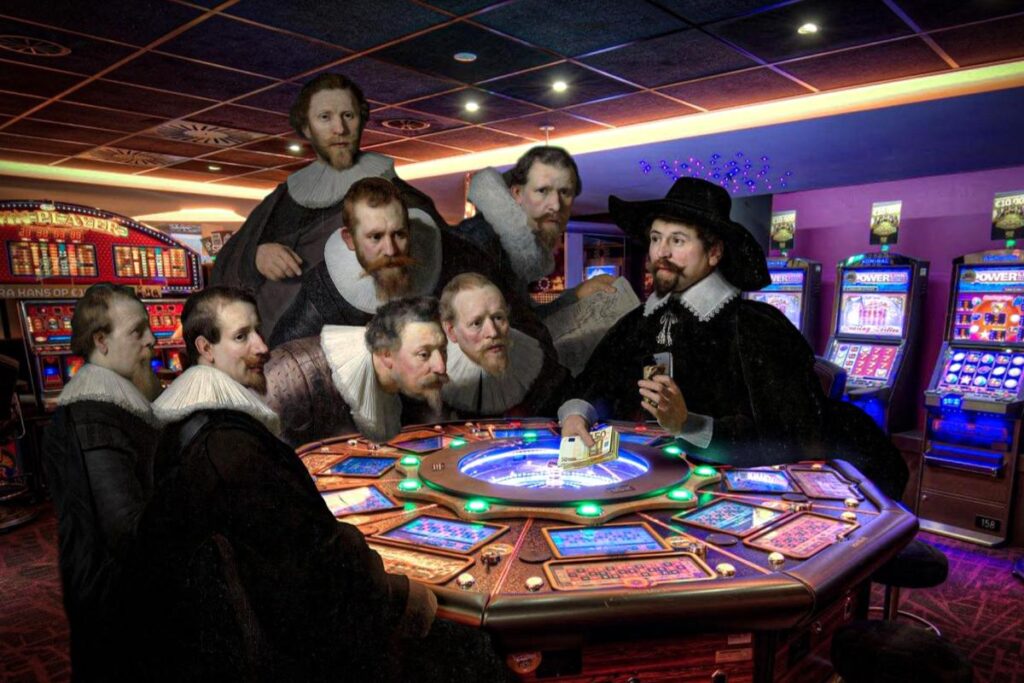 The gambling industry is perfect for laundering criminal funds. It includes a wide variety of businesses that juggle large transactions (often in cash) at a rapid scale, such as physical casinos, online casinos, bars and clubs housing poker machines, and both physical and online sports betting services.

The fact that criminals can exploit this industry to launder money isn’t exactly a revelation. The extent to which this occurs, however, can still

come as a shock – especially in countries with supposedly strict AML measures. For example, the Crown Casinos in Melbourne and Perth,

Australia, are facing allegations that hundreds of millions of dollars were laundered through their casinos between 2014 and 2019 via

“junket” programmes in which the casino and tour operators facilitated a period of gambling by high-roller players from foreign jurisdictions.

Similarly, the Cullen Commission report paints a stark picture of the enormous amounts laundered through the gaming industry in British

So how are criminals exploiting this industry to launder the proceeds of their crimes, and how can they be stopped? This guide briefly explains a

few common methods used by criminals to launder money through the gambling industry, and how governments can increase their ability to

prevent and detect it.

How are they doing it?

The methods criminals use to launder money through the gambling industry are sometimes sophisticated, but usually very simple.

Cash-in, cash-out The most common way to launder money through a physical or online casino is to simply convert dirty money into chips or an electronic balance, gamble for a short period of time, then cash the funds out.

In 2006, a Virginia lawyer was sentenced for laundering USD 250,000 this way at the Taj Mahal Casino in Atlantic City. After transferring USD 250,000 of embezzled funds to a gambling account, he purchased a USD 10,000 casino marker, lost USD 1,000, and withdrew the remaining funds.

Variants of this cash-in, cash-out tactic may include dividing the money into several smaller betting accounts, or asking for the withdrawn credit to be made available in another jurisdiction.

The Cullen Commission report outlined a more sophisticated variant, the so-called Vancouver Model, which was used to launder hundreds

laundering method and mixes it in with the cash-in, cash-out tactic:

Another common laundering method, as outlined in the FATF report on Vulnerabilities of casinos and gaming sector, involves intentional

gambling losses. Under this strategy, proceeds of crime are brought into either physical or online casinos and deliberately lost – in a poker

game for example – in a way that benefits an accomplice who acts as another player in the same game. An unfortunate ‘advantage’ of this

method is that it allows launderers to dodge any AML detection policies that are only triggered by successful bets against the casino itself, not

of another player, by offering the winners cash at a higher price than their earnings. For example, police in Australia have charged several

Alternatively, launderers can also pay back debts of high losses of other players with proceeds of crime and seek repayments from the player

Even when money is primarily laundered using gambling services and instruments, the launderers may add additional layers of complexity

by using non-gambling-related instruments and assets, such as cryptocurrencies, shell companies and real estate.

For instance, many people using the Vancouver Model to launder funds in Canada allegedly converted their gains into properties.

Finally, it is also very common for launderers to simply abuse gambling accounts for player-to-player illegal transactions. In this case, the

buyer and the seller of illicit goods for example, can use their respective gambling accounts as traditional bank accounts to pay and be paid. Once

the gambling account of the seller is credited, the money can be cashed out and claimed to derive from a successful bet. It can also be held on

the account for the purpose of concealment or used to bet in the casino.

How can they be stopped?

Both gambling businesses and public authorities can take a number of steps to prevent and detect money laundering.

To ensure such programmes are robust and flexible enough to accommodate the particularities of the industry, these businesses

should be encouraged to use a risk-based approach: basically, the higher the money laundering risk posed by a particular situation,

the stricter the level of control. As outlined by the UK Gambling Commission, it should take into account different risks that exist at a country, product, transactional and customer level.

Those responsible for detecting money laundering in a gambling business should strengthen their capacity to detect common red flags, such as rapid increases in the size and frequency of transactions, frequent deposits of cash under reporting limits, and the withdrawal of funds shortly after they were deposited.

Governments and regulators: clear obligations and a variety of enforcement tools

Wider legal frameworks must obligate casinos to conduct customer due diligence, as well as adequately detect, record and report

suspicious behaviours. As a starting point, casinos should be required to submit suspicious transaction reports (STRs) to government

authorities similar to banks and other designated non-financial businesses and professions (DNFBPs).

Further obligations can be set out to prevent illicit funds entering the gambling business in the first place. For example, Canada imposed a

requirement on casino patrons looking to make cash transactions over 10,000 Canadian dollars to provide proof of the legitimate sources of the

When AML programmes are not robust or implemented properly, or when reporting requirements are not adhered to, law enforcement

breaches. Criminal, civil or administrative sanctions should all be available to both target gambling businesses and individual launderers.

For example in 2017, the Federal Court of Australia ordered a record AUD 45 million civil penalty against Australia’s largest gambling company,

Tabcorp, for its inappropriate AML programme, failure to file STRs, and failure to identify a customer that won 100,000 Australian dollars.

Agreements (DPAs) or settlements. For instance:

Is enough being done?

While a number of states have adopted comprehensive AML frameworks applicable to casinos (e.g. the US, UK, Australia and the EU), most are imperfect at best. For example, a report of the Australian Senate highlighted weaknesses in the Australian regime, while Macau’s authorities are in the process of making profound reforms. Criminal fines are often not adequate enough to have a deterrent effect, particularly on casinos with annual turnovers ranging from hundreds of millions to billions. In reaction to the Crown case, the Australian government increased the maximum fine for disciplinary action ten-fold to 10 million Australian dollars.

Low reporting thresholds for submitting STRs could also potentially be introduced, though this may have the unwelcome side effect of overwhelming financial intelligence units that receive and process the STRs.

A larger focus could be placed on increasing the traceability of sources for “cash-in” transactions. Casinos still often accept and facilitate large cash transactions with inadequate checks regarding their sources. A striking example is the discovery of CCTV footage showing Suncity staff members dealing with large amounts of cash “bundled up in suitcases, cooler bags and backpacks” at a private gambling Salon within a Star casino.

Finally, actions should be taken to curb the heightened risk caused by junket programmes, which facilitate the transfer of large amounts of money across jurisdictions through intermediaries, and are therefore inherently risky and difficult to monitor. Some jurisdictions have already sought to ban these types of programmes. For example, in reaction to the Australian Crown Casino case, a Royal Commission into the Casino Operator and Licence recommended the prohibition of these types of programmes, resulting in an amendment of the Casino and Gambling Act (section 81 AAD). Other gambling destinations, most of which still allow junket programmes, should follow.

Put simply, governments and gambling businesses can and should do alot more to prevent money from being laundered through the gambling industry. It has long been too easy for criminals to game the system.

September 8, 2022 Published by The Basel Governance.