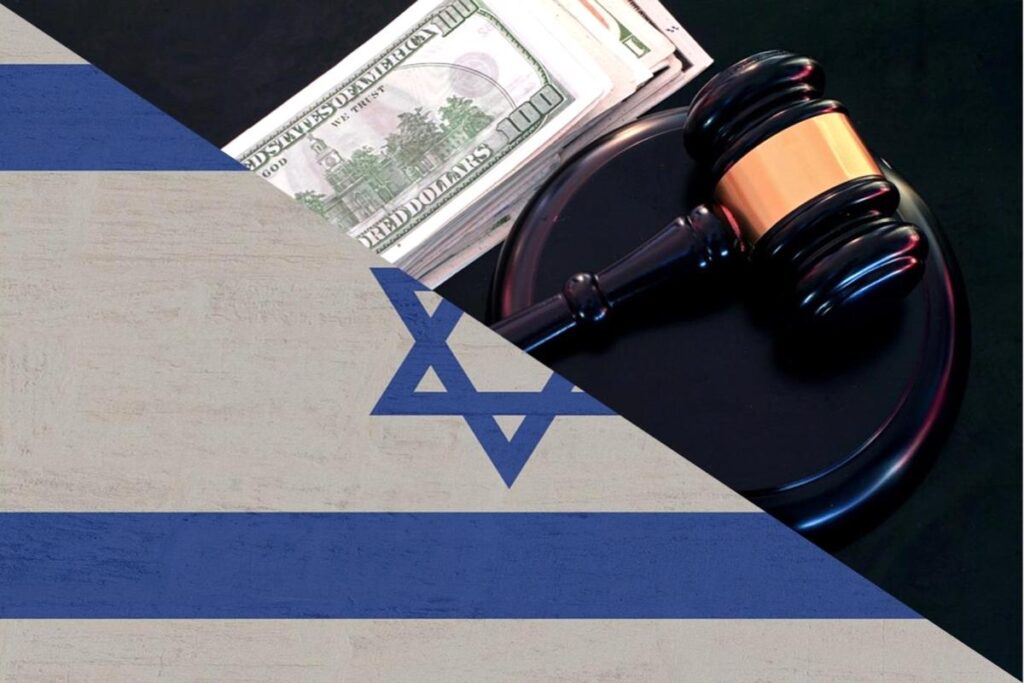 The Authority for the Prohibition of Money Laundering and Terrorist Financing publishes the annual report for 2021, which shows that fraud, and forgery are still the most popular areas of criminality among money launderers.

This is according to the annual report of the Authority for the Prohibition of Money Laundering and terrorist financing, which is published today (Wednesday). As part of the report various data are published on the trends, on the risks and the criminal patterns.

Suspicion of money laundering of tens of millions of shekels through crypto: Police arrested three suspects. They thought they cracked the formula and failed: these are the perceptions of the prominence of money smuggling to Israel. The Tax Authority does not want you to use cash: these are the new restrictions.

Two additional significant areas that were located in the authority in widely in 2021 they are members of a criminal organization or management criminal organizations (19% in 2021, compared to about 6.8% in 2020) and terrorist financing offenses (14.6% in 2021, vs 9% in 2020). Also the field of tax offenses, including using fictitious invoices, adds to be a field of activity significant (about 15.8%), along with bribery and public corruption (8.7%).

The report includes a breakdown of the main countries with which they are carried out intelligence cooperation, which indicates, among other things, the destinations to which criminals transfer their criminal assets: About 76.4% of the information requests in 2021 are from prohibition units money laundering parallels in the world came from European countries, about 12.8% of the Americas. The authority appealed to the requests for financial intelligence mainly for European countries (about 68.1%), to countries in the Americas (17.6%) and Asian countries and Eurasia (about 12.2%).

Following a multi-year trend recorded in recent years, also this year there was a significant increase in the number of “reports on unusual activity”, which include reporting on activity that is not typical of the client’s normal activity patterns in institutions the financial and may be related to money laundering activity or terrorist financing. In 2021, about 144,000 reports were received about such unusual activity, reflecting an increase of about 28% relative to 2020. In the sector of financial service providers – Banks and currency service providers – an increase of about 166% was recorded in relation to 2020 in the number of reports, and a relative increase of about 3,100% in the last seven years, from about 2,300 reports in 2014 to about 73,000 in 2021.

A look at money laundering methods.

In the aspects of the national fight against economic crime, the authority was violated and also supported dozens of economic investigations last year, in Israel and around the world, which led to indictments, seizure and confiscation criminal money in a huge amount, some of which is being told, for the first time in the attached report.

The cases presented in the report include a glimpse of the bleaching methods the capital and financial intelligence research carried out by the Authority and made possible the report also shows that for the first time in 2021, the sector provides the financial services (“changes”) transferred more to the authority reports of unusual activity than banks. Spoken following a consistent increase in recent years, about 51% of the reports of unusual activity were forwarded Of those given financial services, 35.9% came from the banking sector, and about 13.1% from other reported sectors.

The scope of reports on unusual activity of service providers financially in relation to the volume of reports from the banking system is large even compared to the scope of the industry’s growth.

The report also shows that the financial service provider sector continues to grow and grow rapidly relative to other sectors, And so is the scope of reports on normal customer activity (A list of actions that require reporting even if they do not trigger suspicion). This year, 35.5% of the total reports on normal financial services activity providers were transferred, in relation to the 53.7% that arrived from banks, compared to about 13.6% in 2013.

The capital and financial intelligence research carried out by the Authority and made possible the apprehension of the criminals. These cases deal with a variety of offenses, including fraud crimes, cyber crimes, extortion of sponsorship fees, Use of fictitious invoices and straw entities and asset tracing that were used to finance terrorism.

Among other things, an affair is mentioned in the report, as a result of which Israel won in 2021 in the annual competition of the Egmont organization to choose the best financial investigation in the world. the investigation, who led task force 433 of the Lahav unit in the police, revealed a network of illegal gambling money laundering to the extent of Tens of millions of shekels, through a complex and sophisticated plan of financial operations, including the activity of legitimate trading Allegedly on the Internet, electronic wallets and the use of wallets and many straw men.

In another case mentioned in the report, a joint team led by the police Israel, in cooperation with the Tax Authority, the State Attorney’s Office and the Authority for the prohibition of money laundering, investigated an affair involving fraud Investing in the Internet, which was carefully investigated in Israel and abroad against organized crime. The investor fraud was carried out using various financials assets, including options. Binaries, forex and cryptocurrencies for which high returns were promised. The presentation on the websites of the investment portfolio did not match the reality, and in practice the investment amounts were transferred directly to my pocket by the criminals.

The financial intelligence provided by the authority led to the discovery.

The perpetrators and the identification of the money routes they used for laundering Victims’ money. The typologies of money laundering included, among others, Establishing a complex and branched network of companies and opening accounts in different countries, often in victims’ countries of the fraud.

The financial intelligence provided by the authority indicated activity in the account in the name of the central suspects and revealed connections between. Those involved in companies registered abroad, transfers internationally from countries where the fraud was committed to the country and use in funds for the purchase of real estate. Information received from corresponding authorities. Financial service providers, including property service providers and virtual currencies.

According to attorney Ilit Ostrovitz-Levi, head of the Prohibition Authority Money Laundering and Terrorist Financing, “The Key to Economic Enforcement.” Effective, which will lead to the eradication of serious crime and crime organized, lies in joining hands and full partnership from Understanding that the whole is greater than the sum of its parts.

“To that end, and in order to increase her contribution to the national struggle, During the past year, the authority made a leap forward technologically and perfected the collection and evaluation capabilities of the financial intelligence, as well as the operative research capabilities and the strategic.”

“The report allows a glimpse of selected products that are the fruit of capabilities. These, in particular within the framework of the current affairs described along it. At the same time, the authority deepened its cooperation with The security agencies for the effective thwarting of financing efforts and financial activity of the terrorist organizations”.

The basis for the investigation was intelligence provided by the authority.

The financial intelligence provided by the authority indicated activity in the account in the name of the central suspects and revealed connections between Those involved in companies registered abroad, transfers internationally from countries where the fraud was committed to the country and use in funds for the purchase of real estate. Information received from corresponding authorities Abroad confirmed the identity of bank account holders and companies abroad and revealed connections between those involved in the affair and companies. Related from which funds were transferred accompanied by various explanations such as Distribution of dividends and repayment of loans.

The keys to establishing the suspicions were the identification of money transfers international that close to receiving them from the victims were transferred to bank accounts in Israel. Trust accounts in various banks In Israel were opened by lawyers. Other accounts have been opened by straw men, and the transfer of the funds to them was carried out under the pretext of receiving dividends. from the activity analysis. The financial statement shows that the funds were used to purchase luxury real estate, Luxury vehicles and other assets in the names of family members and straw men.

The report also refers to the significant developments In the past year and the main areas of activity in which he focused the authority’s activity. The Authority provided, among other things, intelligence quality for all investigations by the police, the tax authority and my body security, on the issues of the activity of criminal organizations, online frauds, Extortion of sponsorship fees, crime in Arab society, invoice fictitiousness, scammers and terrorist financing scandals.