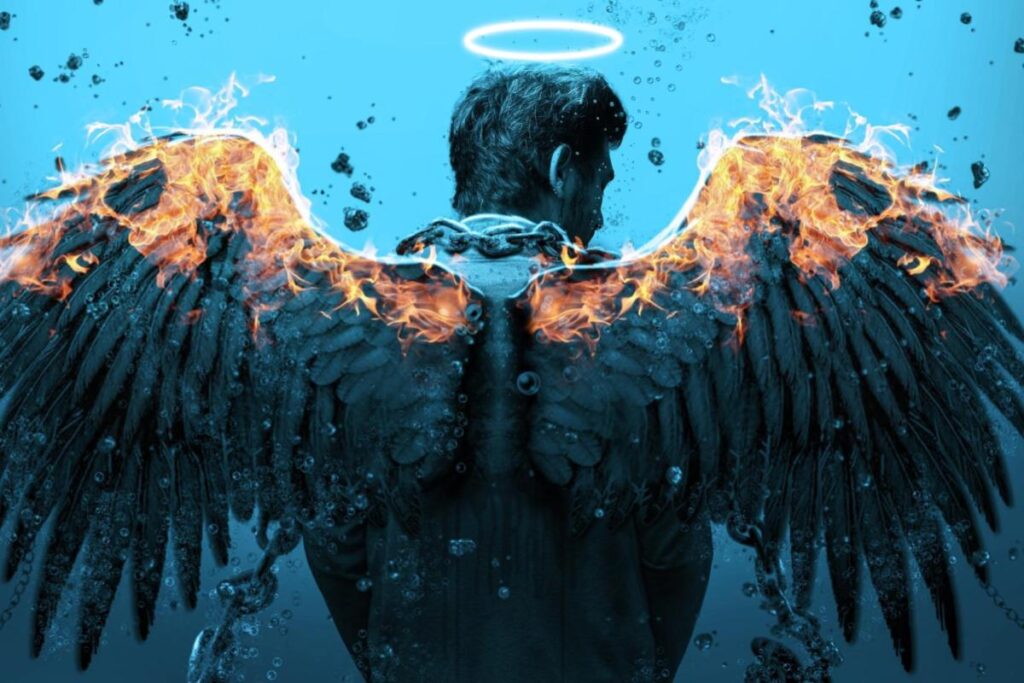 Even as Moscow governor Andrei Vorobyev has come out in favour of Putin’s war, his brother Maxim, who runs the family fish business, is making investments around the world.

Since Russia’s brutal invasion of Ukraine, a large share of money originating in the country — principally among its oligarch class — has become toxic in the West. Politicians, propagandists, and businessmen close to the government have been sanctioned and their assets seized or frozen.

But that money can be hard to trace — and it can end up in surprising places.

Take Dragons of Walton Street, a high-end children’s goods store in the tony London neighbourhood of Chelsea. In operation since 1979, the immaculate shop, decorated with fanciful drawings of rabbits, sells handmade furniture and old-fashioned toys for lavish prices. A dapple gray rocking horse with a hand-embroidered blanket and leather saddle goes for nearly 10,000 pounds.

The Dragons of Walton Street store in central London.

The shop’s owner is a Russian woman named Svetlana Kalininskaya who bought it for an unknown sum in 2018.

On the day of the invasion, Kalininskaya posted a heartfelt message to Instagram: “Nothing on earth can justify violence,” she wrote. “I feel ashamed.”

But whatever her personal feelings, her family’s money is linked to Putin’s war machine.

Kalininskaya’s husband, at least until very recently, is a 45-year-old businessman named Maxim Vorobyev who has an estimated net worth of $550 million, with interests in everything from salmon farming to social media. Vorobyev himself has no obvious direct links to the Russian government. But his immediate family forms one of the country’s most powerful political clans — one that has a long history of close ties to Defense Minister and Putin insider Sergei Shoigu.

His father Yury, a longtime senator, is the minister’s close friend and former deputy. Even more influential is his older brother Andrei, who for nearly ten years has been governor of the Moscow region, the economic powerhouse of 7 million people that surrounds the Russian capital. Andrei has also worked closely with Shoigu, who essentially handpicked him for the governorship. A source close to the presidential administration even whispered about Andrei as a possible successor to Putin.

“His every word is burdened by his auditioning for this role,” the source said.

It was Andrei Vorobyev who initially led Russian Sea, the commercial fishing business that made the family its fortune after the two brothers founded it together. (It later changed its name to Russian Aquaculture.) Andrei sold his share to Maxim after entering politics.

As a result, Maxim Vorobyev has assumed the role as the carrier of the family’s business as his father sits in the Russian Senate and his older brother governs the Moscow region, wears pro-invasion ‘Z’ insignia, and plays hockey with Putin.

That business has prospered, becoming Russia’s largest salmon producer and doubling in value last year. Its success can be traced in part to contracts with the Defense Ministry, investment from Gennady Timchenko, a now-sanctioned oligarch who is one of Putin’s oldest friends, and administrative pressure against competitors from the anti-monopoly agency.

Vorobyev and his wife now enjoy a high-flying lifestyle that spans the world. In addition to Kalininskaya’s London children’s store, the couple owns a luxury apartment in a historic building in Paris, a furniture dealership in Singapore, and investments in Europe and the United States.

The couple are both Israeli citizens, and at least Kalininskaya also holds passports from Latvia and Singapore. The couple’s four children are all Latvian citizens, and three of them also have Singaporean citizenship.

Even as top regime figures — including other members of the Vorobyev family — speak out in favor of Putin’s war and inveigh against the West, the family’s fortune is securely held by a man who has invested large portions of it across the world.

The Vorobyevs did not respond to requests for comment.

From Fish to Politics

According to multiple sources and years of reporting in Russia, the Vorobyev family rose to prominence due in large part to their close decades-long relationship with Defence Minister Shoigu.

Hailing from the distant Tuva Republic on the Mongolian border, Shoigu moved to Moscow just before the Soviet Union collapsed and soon became head of Russia’s new disaster response agency. In this position, which he occupied for over two decades, he built a reputation as a competent and even heroic leader before being named defence minister in 2012.

He also made sure to cultivate a close relationship to Putin. The two men’s joint Siberian hunting and fishing expeditions offered the Russian president the opportunity to pose for some of his infamous shirtless photographs — and Shoigu access to his inner circle. Today, amid Putin’s steadily shrinking circle of close advisers, Shoigu is one of the few officials the Russian president still trusts.

Тhe Vorobyev family patriarch, Yury, met Shoigu in the late 80s in the Siberian city of Krasnoyarsk, where they had neighbouring offices in the local Communist Party organization.

In Moscow in the early 1990s, Yury Vorobyev helped Shoigu create the agency that would become the Emergencies Ministry. After Shoigu became minister, Vorobyev served for many years as his first deputy before becoming a senator in 2007.

But it seemed that Shoigu wanted one of his friend’s sons by his side.

“I didn’t expect that I would somehow be involved with public, political life,” Andrei Vorobyev later recalled. “But [Shoigu] said, ‘Andrei, I need a partner.”

Andrei became an assistant to Shoigu and sold the business to his younger brother. It would be a career-making move: Shoigu became governor of the Moscow region in 2012, but held the position for just a few months before handing it to Andrei, who “inherited” the role, according to a high-ranking source in the United Russia party. Shoigu even left his protege his own staff, the source said. It’s no wonder that Vorobyev once reportedly described Shoigu as his “godfather in politics.”

Meanwhile, his younger brother Maxim was busy running the family’s fishing business — although not without some serious financial troubles. It was saved after а timely investment from a well-connected source and assistance from the authorities.

Gennady Timchenko, an immensely wealthy oligarch who is close to Putin, reportedly invested about $50 million in the group in 2011, providing a much-needed source of financing, and his son-in-law became a co-owner of one of its subsidiaries.

Moreover, just a few months after Shoigu was appointed defense minister, the company reportedly signed a billion-ruble ($33-million) state contract to supply fish to the military. As reported by the Russian edition of Forbes, the deal helped pull Russian Sea out of dire financial straits.

The state also threw political support behind the group, putting administrative pressure on its Chinese and Russian competitors. At the behest of the antimonopoly service, they were forced to share their difficult-to-acquire fishing quotas with the Vorobyev-Timchenko group.

In return, the Vorobyevs may have provided financing, or at least infrastructure, for Putin’s 2018 reelection. According to an earlier OCCRP investigation, their company shared a phone number with one of the non-profit organizations that financed Putin’s campaign.

The company did not respond to requests for comment.

‘A Matter of Principle’

Though his older brother is the governor of the Moscow region, Maxim Vorobyev is involved in a real estate company that is actively developing projects in and around Moscow.

Passports from Israel, Apartments in France

Maxim Vorobyev’s business success has enabled him and his wife to acquire assets across the world.

In the center of Paris, they bought a 12-million-euro apartment in a historic Art Deco residential complex called the Walter Buildings. Its other residents have included well-known athletes and billionaires, as well as the infamous daughter of Uzbekistan’s former president, Gulnara Karimova. Documents pertaining to the French company the couple used to acquire their apartment show that they had become Israeli citizens.

Vorobyev and his wife also reported to the Russian Interior Ministry that she and her children had Latvian and Singaporian citizenships, according to leaked ministry data. She is also a citizen of Monaco, where she lived in an apartment in the luxurious Residence Métropole, a stone’s throw from the sea. (It is unknown whether she rented or owned the property.)

In addition to her London children’s store, Kalininskaya also has a furniture dealer called House of Dragons in Singapore.

Meanwhile, her husband founded a private equity company there called Amereus Group that focuses on investments in the “new economy.” Though the company does not fully disclose its assets, its portfolio includes about a dozen technology companies from Russia, Europe, the United States, and Southeast Asia.

Among its assets are investments in a Singapore-based medical services company called Clearbridge Health, the American biopharmaceutical company Liquidia Technologies, and Nextdoor, a social network focusing on local neighbourhoods.

Maxim Vorobyev is not the only member of the family to invest in the United States. According to a source familiar with her activities, the wife of his first cousin, Mireille Abi Haidar Vorobyeva, manages another investment fund for the family.

According to Vorobyeva’s LinkedIn profile, she is responsible for the development of the family office’s international business, and all transactions related to foreign partnerships and investments, with a particular focus on U.S., European, and Southeast Asian venture capital funds. She has “built successful partnerships with more than 100 leading VC funds,” it reads.

She could not be reached for comment, and neither Andrei nor Maxim Vorobyev responded to questions addressed to her.

June 14, 2022 Published by The Organized Crime and Corruption Reporting Project.