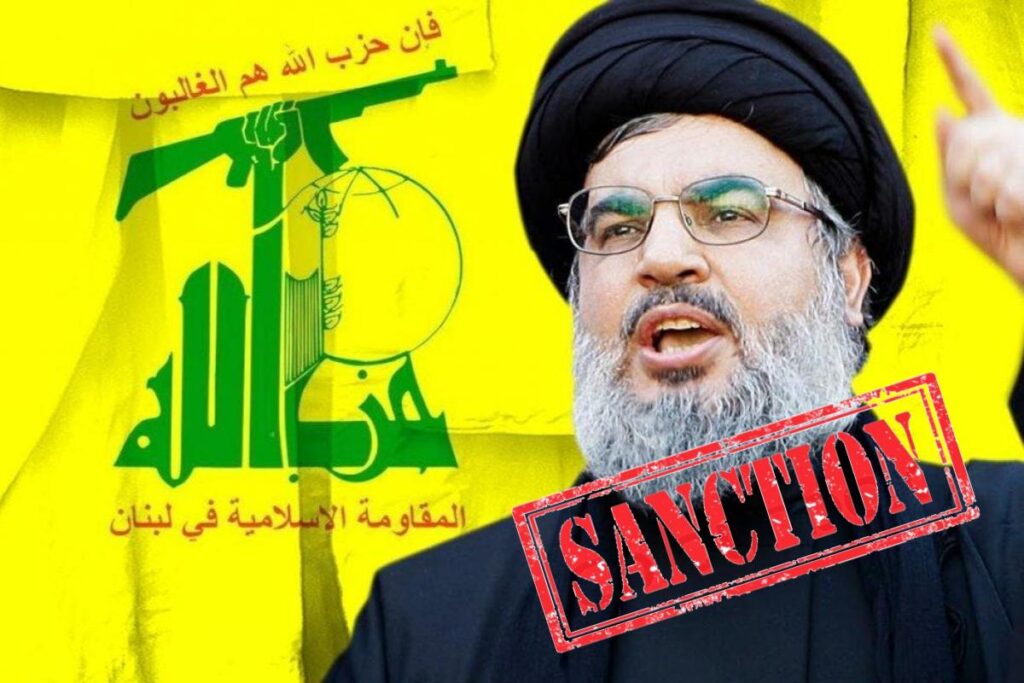 The United States has imposed sanctions on a Lebanese businessman, accusing Ahmad Jalal Reda Abdallah of acting as a “financial facilitator” for Lebanese group Hezbollah. In a statement on Thursday, the US Department of the Treasury said the sanctions targeted Abdallah, five of his associates, and eight of his companies in Lebanon and Iraq.

“Hezbollah has built a web of businesses to hide its activities and generate funds for its destabilising activities, all at the expense of accountability and public safety in Lebanon and the region,” said Brian E Nelson, a Treasury official, using an alternative spelling for the group.

“The designation of this network demonstrates the US government’s commitment to protect Lebanon’s private sector and financial system from Hizballah’s abuse by targeting and exposing the group’s financial activities.”

The move comes just days after Hezbollah and its allies lost their majority in Lebanon’s parliament after general elections on the weekend.

It also comes at a time when Lebanon is facing a financial meltdown, with the value of the country’s currency dropping dramatically over the past two years.

The US designated Hezbollah as a “terrorist” organisation in 1997, but the group has rejected the label and presents itself as a resistance force against Israel.

Hezbollah also has blamed US sanctions, including measures against neighbouring Syria, for the worsening economic crisis in Lebanon.

On Thursday, the Treasury described Abdallah as a Hezbollah official and an “active member” of the group’s global financial network.

It alleged Abdallah “has supported Hizballah for decades, carrying out extensive commercial activities in various countries where the profits are transferred to Hizballah”.

The sanctions freeze any assets in the US and make it a potential crime for American citizens to do business with the blacklisted individuals and entities.

Washington has been intensifying its efforts against Hezbollah’s financing network, with former US President Donald Trump increasing pressure on the Iran-backed group as part of his “maximum pressure” campaign against Tehran.

“Hizballah structures companies to disguise its ownership and make the companies appear legitimate,” US Department of State Spokesman Ned Price said in a separate statement on Thursday’s sanctions.

“Through actions like those carried out today, we continue to counter Hizballah’s exploitation of businesses to fund its terrorist activities and its efforts to destabilize Lebanon and the wider region,” Price said.