Israel PM Bennett: “The political situation is not easy, but on the other side it is very difficult for them” 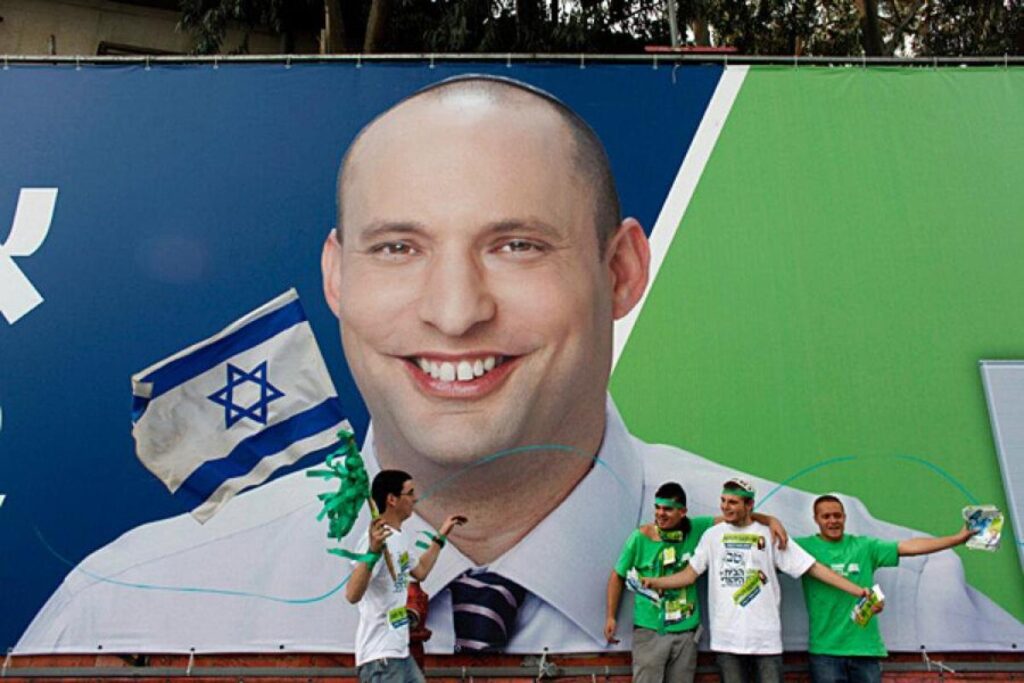 The Prime Minister mentioned in the closed part of the cabinet meeting this week’s affair against the background of the political crisis: “This is determination – and here we are.” MK Michael Bitton and Minister Michaeli met, no solution was found to the public transport reform crisis.

Shaked estimates that the dissolution of the Knesset will not be brought to the plenum this week – and will take off for a diplomatic visit to Morocco.

The political crisis continues to occupy Prime Minister Naftali Bennett, amid the loss of a majority in the coalition, and opposition leader Benjamin Netanyahu’s call for MK Nir Orbach to join the Likud. On the other hand it is very difficult for them. If we are more determined, we will succeed. “

“This week’s parsha speaks of determination. At the end of this parsha we managed to conquer the country, and here we are,” Bennett told ministers at a cabinet meeting. Education Minister Yifat Shasha Bitton added that “the Pike News machine is crazy.”

After Bennett’s remarks, the Minister of Transportation, Merav Michaeli, and the Chairman of the Knesset’s Economics Committee, MK Michael Bitton, met tonight, after several weeks of disconnection between the two. Bitton announced that he would boycott all votes in the Knesset plenum in light of the preparatory reform of public transportation, which he said would increase travel prices in the periphery. Prime Minister Bennett also tried to intervene in the crisis, but it has not yet been resolved. Make changes to the outline of the reform.

Meanwhile, Interior Minister Ayelet Shaked is expected to take off tomorrow for a diplomatic visit to Morocco, and she is scheduled to return to Israel on Thursday. This visit is taking place at the present time against the background of Shaked’s assessment that the opposition will not go to a vote this week on the law to dissolve the Knesset. Although Minister Shaked is not a member of the Knesset, having resigned under Norwegian law, she would not have been absent from the Knesset if it was estimated that the vote on the dissolution would take place this week.

The fear of the vote to dissolve the Knesset comes, among other things, against the background of last Thursday’s call by opposition leader Benjamin Netanyahu for MK Nir Orbach on the right to join Amichai Shikli and Idit Silman, who left the coalition. “I hear that in recent days Orbach has been concerned,” Netanyahu said last week, claiming that Shikli and Silman “did the right Zionist act.” Orbach, it will be recalled, had contacts with the Likud to join the party.

Last Monday, Auerbach announced that he no longer sees himself as a member of the coalition, and the practical implication of his decision is that he will no longer vote with her in the Knesset plenum. In a statement issued, Auerbach stressed that his retirement is correct for “the state of affairs as it is today.” In doing so, Auerbach opens the door to the continued existence of the government – but demands the extension of the Judea and Samaria regulations, and in fact gave the coalition a limited period of time to do so, as it will expire in about a week. Although in a meeting with Prime Minister Naftali Bennett he pledged to provide the coalition with more than a week.

“After a week of meetings with the prime minister and other parties – I came to the conclusion that the coalition can not continue to exist in the current process,” Auerbach said last week. Clear, both at the ideological level and at the executive level. “Unfortunately, the coalition today is not fulfilling its mission.”

The Judea and Samaria Regulations, the passage of which is required by Orbach, are intended to allow the application of Israeli criminal law in the settlements, and have been extended every five years since 1967. Without them, the judiciary will warn of real chaos that will harm the ability of police in Judea and Samaria. And will make it a refuge area for those who commit crimes within the Green Line, as well as make the detention of 3,500 security prisoners in prisons within Israel, who were tried in military courts in Judea and Samaria, illegal.

In the shaky coalition it was difficult to find a majority for the regulations, and in a vote last week they fell after all members of the opposition mobilized against them. Two members of the coalition – Jida Rinawi Zoabi (Meretz) and Mazen Ghanaim (RAAM) – also violated coalition discipline and opposed the regulations. Other coalition members were absent from the vote, as soon as they realized that there was no majority to extend the regulations anyway. Maram and told them that “the experiment with you failed”.