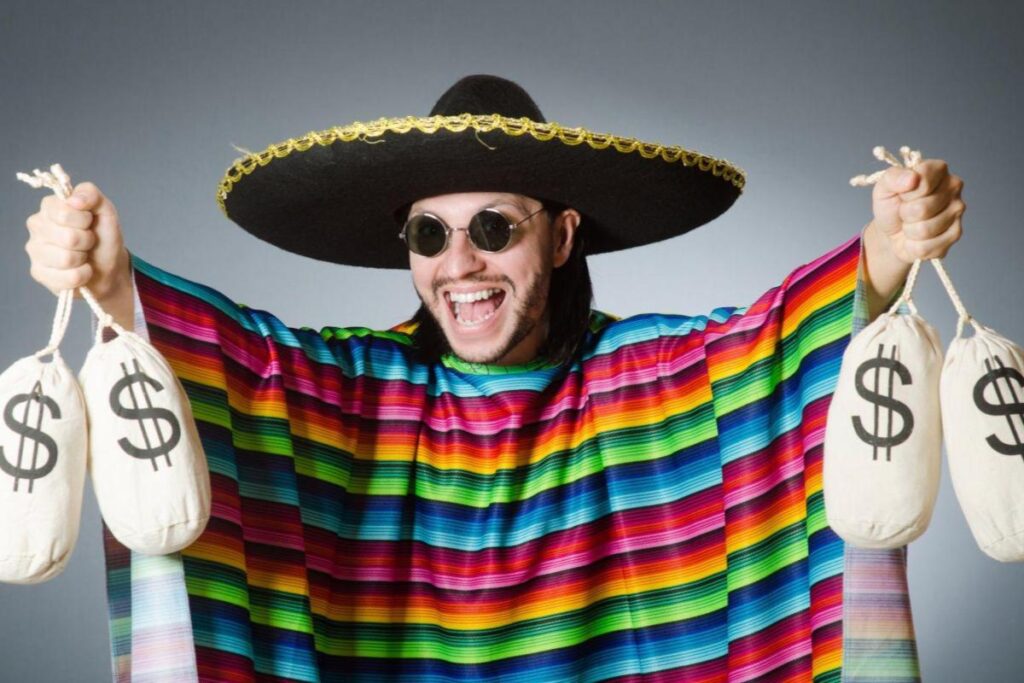 Scammers in Mexico have yet again evolved their modus operandi by using express credit apps to extort users and drain their bank accounts. According to a recent investigation by Publimétro, a raft of unlicensed credit apps offering immediate loans at high interest rates have become popular in Mexico.

These apps do not require any documentation to be submitted by the user and transfer loan money in less than 24 hours.

However, in signing up for such loans, users are exposing themselves and their families to real dangers. These are apps are part of well-coordinated extortion schemes, known as montadeudas (mounting debt), which ramp up pressure on customers to make them pay up.

First, in order to sign up for the app, users must allow it to access their photo gallery and contacts. Then, interest fees will go up rapidly to exorbitant amounts, with little to no warning, according to Milenio. In some instances, users were charged as much as 500 percent of the value of the original loan.

If a user cannot pay this back, the owners of the app use the access they have gained to the user’s personal details to issue threats or contact loved ones.

Contacts gleaned from users’ phones have received calls or WhatsApp messages telling them to get the user to pay up. Social media accounts have been taken over. Personal materials gained from the cellphone have been published online or shared with contacts. In some cases, direct threats are made against them and their family.

One user said he was called and told, “I will dismember your family if you don’t pay us back in 20 minutes,” according to one media report.

According to Mexico’s National Commission for the Protection of Financial Service Users (Comisión Nacional para la Protección y Defensa de los Usuarios de Servicios Financieros – Condusef), at least 33,000 people have fallen victim to these scams so far this year. This is unsurprising considering as many as 130 such express cash apps have popped up in the country. They bait customers by advertising on social media and claiming that no credit history is needed.

The situation has become so severe that Mexico’s president, Andrés Manuel López Obrador, has commented. At his daily press conference on July 5, he warned against the apps, claiming that “we can say the so-called montadeudas are part of organized crime.”

The ‘montadeudas’ mobile app scheme makes clear how illicit money-lending practices have advanced in Mexico since traditional “gota a gota,” or “drop by drop,” tactics were first brought to the country by Colombian criminal groups. Loan shark mafias in Colombia entered the digital age several years ago, so it is not surprising to see these tactics in Mexico. But the volume of apps is concerning.

In 2019, InSight Crime noted the alarming amount of personal information clients had to provide loan apps. This information was clearly intended to ensure the victim paid up. But in the recent cases observed in Mexico by Publimétro, a victim may not be fully aware of how much personal information they are providing the loan sharks.

Other instances of criminality connected to loan apps have been observed regionally. An instant money transfer app in Brazil, led to a spike in express kidnappings in the city of São Paulo in late 2021.

According to São Paulo police, criminals migrated to these express kidnappings when they realized the large amounts of money they could collect in short periods of time thanks to the app. As a result, the country’s central bank was forced to set transfer limits and set minimum wait times for transfers on the payment platform to discourage the express kidnappings.