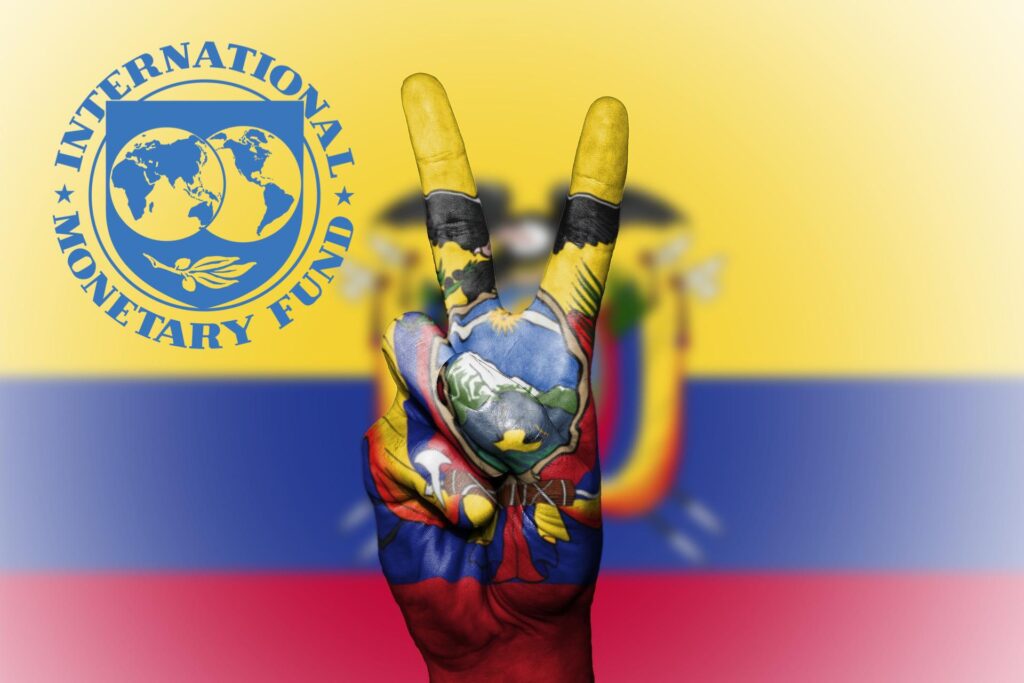 The IMF Executive Board concluded the sixth and final review of the 27-month Extended Fund Facility (EFF) for Ecuador, allowing for an immediate disbursement equivalent to SDR 497 million (about US$700 million).

Ecuador’s EFF-supported economic program has helped stabilize the economy, strengthened fiscal and debt sustainability, bolstered the foundations of the dollarization regime, expanded the coverage of social assistance programs to protect the vulnerable, promoted a transparent and more efficient management of public resources, and laid the foundations for sustainable and inclusive growth.

Washington, DC: The Executive Board of the International Monetary Fund (IMF) concluded today the sixth and final review of the extended arrangement under the Extended Fund Facility (EFF) for Ecuador. The Board’s decision allows for an immediate disbursement of SDR 497 million (about US$700 million). The authorities plan to use the disbursement for budget support.

By concluding this final review, Ecuador has completed its first Fund-supported program in more than two decades. The 27-month EFF arrangement was approved by the Executive Board on September 30, 2020 (see Press Release No. 20/302) for SDR 4.615 billion (about US$6.5 billion or around 661 percent of Ecuador’s quota).

The program aimed to support Ecuador’s economic recovery from the pandemic, ensure fiscal and debt sustainability, expand the coverage of social assistance programs to protect the vulnerable, promote an efficient and sustainable management of public resources, strengthen the institutional basis for the dollarization regime, advance the transparency and anti-corruption agenda, and lay the foundations for job-rich and inclusive growth.

“Ecuador has reached a major milestone with the completion of the EFF-supported program – the first completion in two decades. The program has helped mitigate the socioeconomic effects of the pandemic and other external shocks, while maintaining macroeconomic stability.

“Prudent fiscal management allowed the authorities to meet all end-August 2022 quantitative performance criteria and the public sector is expected to achieve its first surplus since 2008. The social safety net was further strengthened and is now reaching over 80 percent of low-income families, even in remote areas.

“Structural reforms implemented under the EFF-supported program will serve Ecuador well for years to come. The ongoing operationalization of the reformed organic budget code established a prudent fiscal framework, while the progressive tax reform is critical for yielding higher revenues for the sustainability of social inclusion programs. Governance and anti-corruption frameworks have been enhanced, and the independence of the central bank has been strengthened. The recent case of misreporting was addressed by the completion of all corrective actions that were due this year.

“The financial sector has remained stable but continued vigilance is warranted, especially as crisis support measures are rolled back. The removal of the latter would also provide an opportunity to close regulatory gaps between banks and large cooperatives.

“Further efforts would help improve the legal framework for anti-corruption and AML/CFT. In this regard, enacting the conflict of interest and AML/CFT laws that were submitted to the National Assembly should be a priority. Finally, completing the financial audits of the national oil company and social security fund would be important to provide a clearer picture of the public sector balance sheet and associated contingent liability risks.”