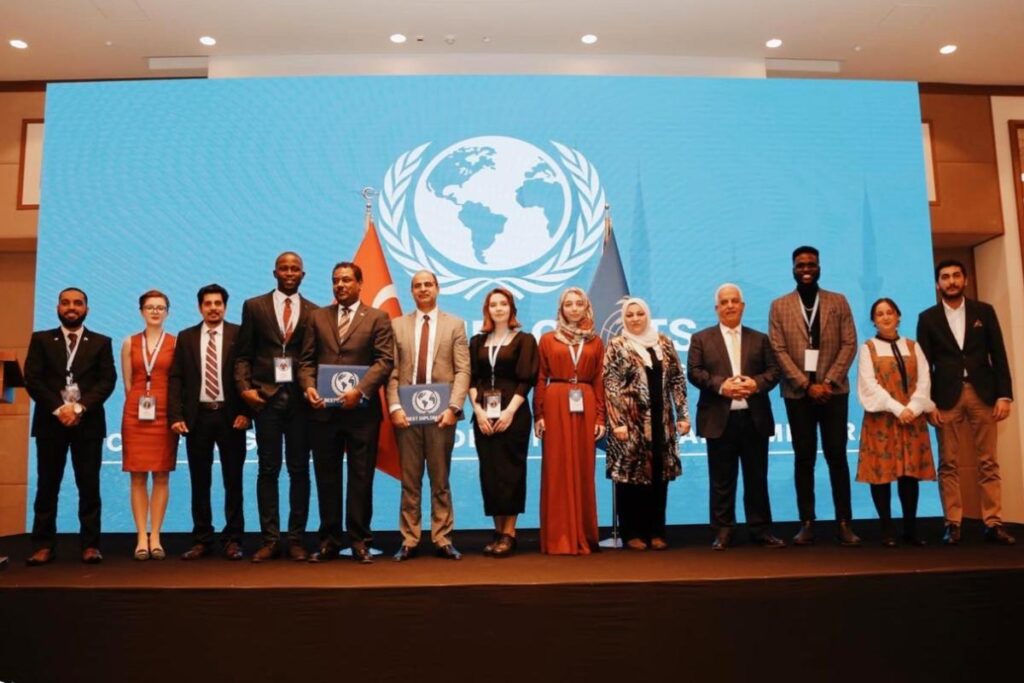 ICIJ spent months requesting, collating and analyzing data on honorary consuls from all around the world, reviewing hundreds who were mired in controversy. Honorary consuls are part-time volunteer diplomats, representing the interests of countries that appoint them, often in ceremonial ways.

They receive some of the same perks and protections afforded traditional diplomats, including the ability to move consular “pouches” across borders without inspection — but are subject to little oversight or vetting.

Shadow Diplomats, an investigation by ICIJ, ProPublica and 60 media partners, identified at least 500 current and former honorary consuls accused of crimes or embroiled in controversies, before, while or after they were appointed, including some caught exploiting their status for personal gain.

Here’s what we found.

ICIJ’s review of at least 500 case studies of honorary consuls linked to crime or controversies revealed that one in four cases, honorary consuls have exploited weaknesses in the consular system for personal gain. Most did it for a political or economic benefit, such as calling up authorities to drop an inquiry into business associates, avoiding import tax — be it on a car or millions of dollars worth of paintings — or making quick bucks by forging illegal visas and passports.

Some honorary consuls invoked immunity to evade law enforcement or exploited the protection afforded to diplomats to smuggle antiquities or drugs. Others abused their status to profit from the citizens who came to them for help, sold visas for exorbitant fees or pocketed the money owed to the government that appointed them. For example, one honorary consul used his position to get visas for Dominican women who were then trafficked into prostitution abroad.

Often influential in the business community, honorary consuls can benefit from close relationships with economic or political power-brokers —which in some cases has led to dangerous relationships. At least one in ten honorary consuls ICIJ examined benefited politically or economically from their association to an authoritarian or repressive regime. Five represented Russia and three represented Belarus, the countries with the largest number of representatives for this category. Additionally, ICIJ found that more than 50 honorary consuls were involved in corrupt deals with the government or a local authority where they lived.

The ICIJ analysis of the case studies also revealed that several consuls had been convicted of a crime before they became honorary consuls  — raising questions about the vetting process for the diplomats. They went on to represent Cyprus, Vanuatu, New Zealand, Russia and other countries. The consuls had previously been convicted of fraud, money laundering and other crimes.

The analysis further revealed that 59 honorary consuls invoked their status to avoid a police inquiry, prosecution from authorities, or to try to reduce fines while in court. Several pleaded that their honorary consul status protected them from traffic offenses such as driving under the influence, bad parking, driving in the wrong lane, driving while on the phone, or a speeding ticket. One honorary consul who killed someone while drunk driving also tried to hide behind his status. Another pleaded in court that being a honorary consul protected him from paying a 430 euro fine for assaulting his wife.

Several invoked the “inviolability” of their consular office to evade inquiries or exclude evidence in court. An Italian honorary consul brought compromising documents to his office, hoping that diplomatic immunity — which for honorary consuls only covers activities directly related to their consular role — would deter law enforcement. In Spain, an honorary consul stashed 500-euro bills in his bedroom closet and tried to extend the immunity afforded his consular office to his domicile. Out of the more than 500 cases reviewed, ICIJ found that Spain (with 26) and Russia (with 24) host or have hosted the most controversial honorary consuls.

In at least 12 cases, ICIJ found, authorities investigating or prosecuting honorary consuls were either confused about their diplomatic status — allowing an accused rapist to flee in one case — or saw it as a mitigating circumstance. The opacity surrounding honorary consuls also allows people to pass themselves as diplomats, exploiting the confusion surrounding these roles. ICIJ counted several cases of fake honorary consuls – one of them caught selling fake passports by representing a fictitious country, the Dominion of Melchizedek. In Brazil, a man passing himself as an honorary consul of the Democratic Republic of Congo tried to help a drug lord evade the police by hiding him in the trunk of his car.

The data was collected during a five months-long effort that involved students from Northwestern University’s Medill Investigative Lab, overseen by Debbie Cenziper of ProPublica.

Will Fitzgibbon, reporter at ICIJ, added countless cases that he found poring over media accounts, court cases, and NGO reports. Media partners contributed with names of honorary consuls they found had broken the law, committed crimes or evaded prosecution altogether. The names they found in their own national lists — or sometimes simply by searching with their title “honorary consul” in their own local languages — came up in news clips, government investigations, sanctions lists and other reports. Reporters searched court databases in Brazil, France, Ukraine, Spain, Germany and submitted public information requests in Croatia, Finland, El Salvador and Honduras, among other countries.

Then, ICIJ’s data team researched every case, flagging honorary consuls that fit in specific categories and scrupulously checking the sources for each one. Out of nearly 700 cases, the team trimmed out duplicates and controversies that didn’t fit selection criteria to reach a list of more than 500. ICIJ also looked for additional public records that would help confirm whether the person was ever appointed as honorary consul and whether the events associated with them happened while they were honorary consuls. Whereas this list (which ICIJ won’t publish in full) doesn’t include every possible case of controversies involving honorary consuls, it is still a fair representation of the most egregious stories identified by ICIJ and its media partners across the world.

It wasn’t always possible to identify the conclusion to a controversy mentioned in a press article or court case — for example, whether the person was convicted of a crime they were accused of committing. ICIJ therefore applied a conservative approach: cases were divided between “allegations” and “convictions” so that only proven convictions were included in a specific final count. “Allegations” also include cases where a consul was convicted, but later acquitted.

As the cases are historical, they also reflect the countries and territories the consuls were based in, or represented, at the time. For example, a honorary consul based in Macau or Hong Kong means that those cases aren’t lumped together with China at the time of the analysis — they are counted separately. But a case from the Dutch Antilles would be counted together with the Netherlands as those territories were already part of the Dutch crown at the time of the honorary consul’s actions.

Most of the 186 countries that signed the Vienna Convention on Consular Relations, which governs the roles and responsibilities of honorary consuls, publish some information on the consuls present on their soil. Even governments that do release names in many cases failed to provide an updated list of consuls or basic biographical details and dates of appointment. There is no global database of honorary consuls and countries are free to publish – or not – information about who they are or when they were appointed.

ICIJ’s analysis found that only 42 governments provide information updated in 2022. A lot of the information found online is spare and incomplete. Only 36 governments provide appointment dates, the rest don’t mention when honorary consuls were appointed at all. Having appointment dates helps understand how long the consuls have been serving, and whether allegations or controversies that involved them happened before, during or after their tenure as consuls. Also, 78 countries don’t provide the names of the honorary consuls. In some cases, only their addresses are mentioned. It’s also difficult to assess in many cases how long ago the information was updated.

Using information from public records’ requests and lists of consuls published online, the ICIJ data team created a first-of-its-kind index to analyze the transparency of countries and their honorary consul appointments. ICIJ only compared information provided by the Ministries of Foreign Affairs. In many countries, local consular corps — associations of honorary consuls also made up of former consuls — do publish a list of their current members, which might help citizens identify their representatives. The quality of the information varied greatly. In some cases, ICIJ found detailed lists of honorary consuls, but those were quite old — for example, a North Macedonia list that was dated in 2008. As those lists can be outdated as well, ICIJ relied on official information — government websites — to hold countries to the same standard.

Some countries share a common foreign affairs policy — Curacao, Aruba and St Maarten are constituent countries part of the Netherlands, which publishes information on the honorary consuls present in those countries. Therefore, the index focused on analyzing countries who oversee diplomatic relations — which explains why Puerto Rico, for example, wouldn’t show up in the index as the U.S. oversees the diplomatic relations of the country.

The team contacted foreign affairs ministries of those countries for which no information about honorary consuls could be found. Dozens of those requests went unanswered or were refused outright.

December 21, 2022 Published by The International Consortium of Investigative Journalists, Inc.