United Arab Emirates may be added on the Global Watch List 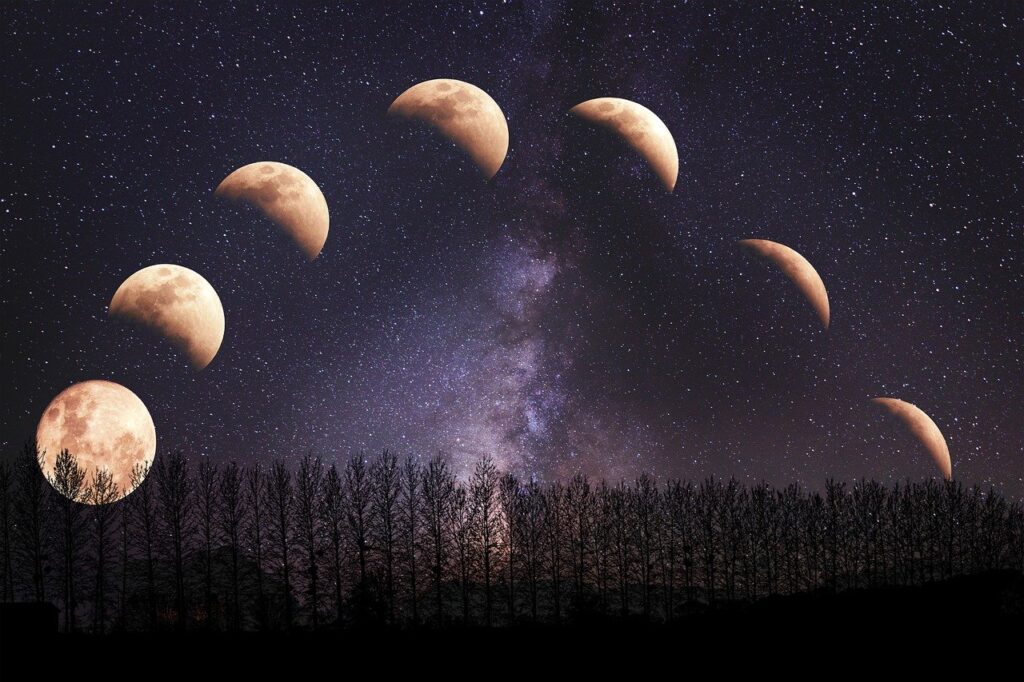 The United Arab Emirates is at increased risk of being placed on a global watchdog’s list of countries subject to more oversight for shortcomings in combating money laundering and terrorist financing, even after a recent government push to stamp out illicit transactions.

The Financial Action Task Force is leaning toward adding the UAE to its “gray list” early this year, one of two classifications used by the intergovernmental body for nations determined to have “strategic deficiencies,” according to people familiar with the matter, who requested anonymity because the discussions are private.

Should the FATF approve the designation, it would be among the most significant such steps in the Paris-based group’s three-decade history given the UAE’s position as the main financial hub of the Middle East. The FATF currently puts 23 countries — including Albania, Syria and South Sudan — under closer scrutiny, with only Iran and North Korea on its highest-risk “black list.”

“There are undoubtedly costs associated with being gray-listed,” said Katherine Bauer, a former Treasury Department official who led the U.S. delegation to the Middle East and North Africa Financial Action Task Force, a regional body modeled after the FATF.

“Many global regulators require that banks and financial institutions review, if not revise, their risk ratings and associated due diligence measures for counterparties in countries on the FATF list,” said Bauer, who’s now a fellow with the Washington Institute for Near East Policy.

The UAE submitted a report to the FATF in November but hasn’t reached many of the thresholds needed to stay off the gray list, the people said. The group is expected to make a decision at a plenary meeting set for late February. There are still several opportunities for Emirati officials to make their case to the FATF, including during a planned trip to Paris in the coming weeks, they said.

“We are taking this very seriously, having partnered with highly skilled and experienced specialists with a track-record in meeting best international practices and standards,” Hamid Al Zaabi, director general of the UAE Executive Office for Anti-Money Laundering and Counter-Terrorist Financing, said in a statement to Bloomberg News.

“The UAE is fully committed to upholding the integrity of the international financial system, which includes working closely with our partners around the world to combat financial crime,” he said.

A FATF spokesperson declined to comment. A gray-listing applies to countries that have “strategic deficiencies in their regimes to counter money laundering, terrorist financing, and proliferation financing” but which are committed to address the issues “swiftly,” according to its website.

In a report published in April 2020, the FATF questioned the UAE’s system despite what it called “significant steps” to strengthen regulations, including new legislation in 2018 and 2019.

“Fundamental and major improvements are needed across the UAE in order to demonstrate that the system cannot be used for money laundering/terrorist financing and the financing of proliferation of weapons of mass destruction,” the group said at the time.

Since the FATF’s warning in 2020, the UAE government has taken numerous steps to better align with global standards on anti-money laundering and countering terrorist financing, according to Ibtissem Lassoued, the Dubai-based head of advisory in financial crime at law firm Al Tamimi & Co. 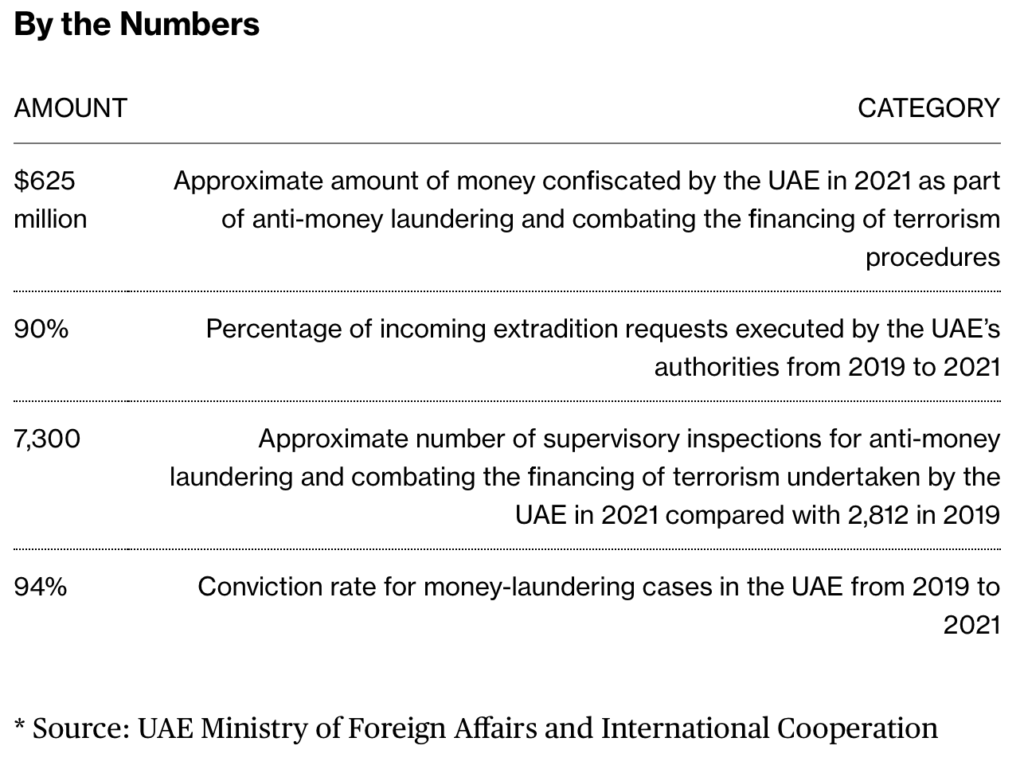 Still, illicit transactions are “a feature, not a bug” of Dubai’s financial system, according to a 2020 report by the Carnegie Endowment for International Peace. The U.S. lists the UAE as a “major money-laundering” jurisdiction.

The FATF, set up by the Group of Seven major economies, requires a significant majority of its members to make a gray-list decision, though the precise number isn’t defined. The organization includes 37 jurisdictions as well as the European Commission and the Gulf Cooperation Council, of which the UAE is a part. The country isn’t itself a member of the FATF.

A gray-list designation would be a setback at a time when the oil-rich nation faces greater competition from neighboring Saudi Arabia, which is growingits financial markets and taking steps to lure more investment. Dubai and Abu Dhabi are also seeking to raise billions of dollars by listing state firms, and the UAE shifted its work week to Monday-Friday from the start of this year in a bid to lure global business.

A report by the International Monetary Fund last year found that gray-listing by the FATF leads to “a large and statistically significant reduction in capital inflows.” Analyzing a sample of 89 emerging and developing countries from 2000 to 2017, it estimated that on average foreign direct investment and portfolio inflows each declined by around 3% of gross domestic product.

The extent of any fallout for the UAE would be difficult to quantify, partly because foreign financial firms and investors may already approach it as a high-risk area, according to Bauer.

Abu Dhabi, the nation’s capital, is home to sovereign wealth funds with more than $1 trillion of assets. Meantime, Dubai houses the regional headquarters for most multinational lenders, and the skyscraper-studded emirate has boomed in recent decades thanks largely to its light regulation and low taxes.

As part of an effort to strengthen oversight, the UAE government is using a slew of consultants including K2 Integrity, the people said. The New York-based firm’s leaders include Juan Zarate, who headed efforts against terrorist financing and financial crimes at U.S. Treasury during George W. Bush’s presidency.

Gould as well as representatives at K2 Integrity and FTA declined to comment.