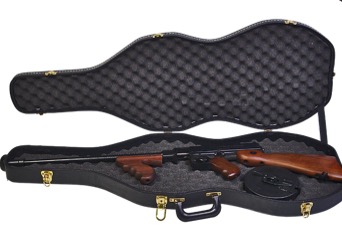 Accountants, lawyers and real estate agents are being lured to the “dark side” by organised crime bosses.

Crime and Corruption Commission chair Alan MacSporran said he had hoped high-profile charges in recent years against individual lawyers would be a significant deterrent to others against wrongdoing.

But Mr MacSporran said it was still a “systemic problem”.

“We’re seeing more and more evidence of facilitators of organised crime, not just lawyers, but lawyers are a prominent part of it for obvious reason – they have the skills and they have the knowledge,” he said.

“But it’s accountants, lawyers, real estate agents, brokers, you name it, people with the skills are being recruited to assist.”

Mr MacSporran said people were being successfully recruited into criminal enterprises, particularly drugs, because “the money is huge”.

“The temptation is huge,” he said, speaking before a parliamentary Crime and Corruption Committee hearing.

“But there are people in our professions, I say professions plural, who have been tempted and have, as it were, gone over to the dark side.”

Mr MacSporran said the trend was deeply concerning because it allowed criminals to get the best advice to avoid law enforcement efforts.

Former one-term LNP premier Campbell Newman faced outrage from the legal community in 2014 after describing lawyers who defend bikies as part of the “criminal gang machine”.

Mr MacSporran also took aim at the public airing of complaints to the CCC, or other bodies, while they were still under investigation.

During estimates hearings last week, LNP integrity in government spokeswoman Fiona Simpson asked Integrity Commissioner Nikola Stepanov if she was being investigated by the CCC or another entity.

Dr Stepanov said she had not been investigated, to her knowledge, by the CCC, police or Director of Public Prosecutions.

“I can confirm that I have no knowledge that I am under investigation by any body or entity,” she said.

However, Premier Annastacia Palaszczuk confirmed there “was a referral to a committee”.

Describing the airing of referrals in public, including at estimates, as “disgraceful”, Mr MacSporran said he had campaigned for years to have “something done” about it.

“It doesn’t matter that someone’s cleared, and it might be, if it’s a complex matter … 12 months, 18 months, two years before we can definitively say yes or no.

“No matter what we say in clearing them, and no matter what they say about being cleared, it’s never going to change the damage that’s been done, often catastrophic consequences to a person’s livelihood and reputation.”

“It allows people who might be corrupt to get their heads together, destroy evidence, manufacture evidence, intimidate witnesses, leave the country,” he said.

But Mr MacSporran said it happened routinely, including in estimates.

“Frankly, it’s just disgraceful in my view,” he said.

The Queensland government introduced new laws in August that would have kept corruption complaints made about politicians under wraps in the lead-up to elections, but then dumped the plan.

By Felicity Caldwell, July 21, 2021, Published on the Brisbane Times