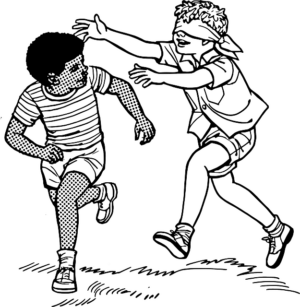 Banks fear that buy now, pay later operators such as Afterpay, which operate outside traditional banking rules, have increased the risk they will be ensnared in more anti-money laundering dramas.

Banks say they cannot see where money is being spent because the new players are standing in between banks and transactions.

The Financial Conduct Authority in Britain released a plan on Tuesday to bring ASX-listed players Afterpay, Zip and Laybuy into its supervisory net – including requiring providers to conduct affordability checks before lending to customers.

The new British regulations will go further than Australia’s, where regulators have adopted a light-touch approach to the fast-growing sector, focused mostly on self-regulation.

While not referring to Afterpay by name, the ABA says in a submission to Treasury, which is conducting a review of the payments system, that many obligations in prudential, consumer protection and financial crime and anti-money laundering laws “do not apply to new entrants in the payments system”.

“As new entrants including big tech and alternative players outside the current regulatory framework gain market share, any regulatory gaps or uneven application of regulatory obligations can create problems for both the payments system and end-users,” the ABA says.

Many buy now, pay later providers, including Afterpay, are the “merchant of record” on transactions, meaning their name appears on customers’ statements rather than the merchants. Customers see on their bank statement they have spent funds with Afterpay, but banks can’t see the retailers where customers are spending money.

The banks argue that the more intermediaries are involved, the harder it is for banks to see transactions end-to-end.

“The gaps have the potential to introduce new risk into the payments system or undermine the effectiveness of existing regulation, including consumer protection, and the detection and prevention of money laundering and financial crime,” the ABA says.

“For example, the detection and prevention of financial crime can become more difficult to achieve where a single entity does not have visibility of the entire transaction path.

“Some risks and harm may not become visible for some time, liability may not be clear or may fall disproportionately on traditional participants.”

Commonwealth Bank and Westpac were ensnared in litigation by the Australian Transaction Reports and Analysis Centre, which also used an independent accountant to investigate Afterpay. That matter was finalised last October, when AUSTRAC said it would not take any further action.

The looming British regulation of the buy now, pay later sector could be stricter than the approach adopted in Australia, where two Senate inquiries and two reports by the Australian Securities and Investments Commission, over the past three years, have found self-regulation, back-stopped by ASIC’s new product intervention and product design powers, are sufficient to protect customers.

That is despite ASIC finding significant levels of harm: its November report found one in five buy now, pay later users were missing payments, and half of users aged between 18 and 29 cut back on essential items including meals to make repayments.

By James Eyers,  February 3, 2021, published on The Australian Financial Review