Boeing to Pay $2.5 Billion for Fraud After 737 Crashes 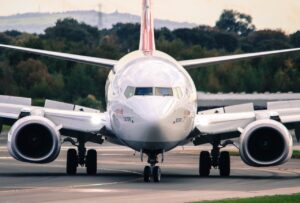 The United States has slapped aerospace company Boeing with a US$2.5 billion fine for choosing “profit over candour” by deceiving authorities about software tied to two fatal plane crashes.

Boeing entered into an agreement with prosecutors to resolve charges it conspired to defraud the Federal Aviation Administration (FAA) in connection with the agency’s evaluation of the manufacturer’s 737 MAX airplane, the Department of Justice announced on Thursday.

All 346 passengers aboard the flights were killed.

Boeing began developing and marketing the 737 MAX in June 2011. Before any airline was permitted to fly the new aircraft, the company was required to disclose to the FAA any differences to previous models that impacted the planes’ flight control system.

But the manufacturer concealed information about changes to its software — specifically its Maneuvering Characteristics Augmentation System (MCAS), designed to preserve the stability of the aircraft — meaning that mention of this feature was omitted from airplane manuals and pilot training materials.

Sensors on the front of the plane would measure the angle of flight at take off, which, if too great, MCAS would then automatically alter to limit the risk of the aircraft stalling. The FAA’s review of the accident reports from both flights indicated that they had “suffered an extreme mis-trim event which involved the activation of the MCAS function,” nose-diving soon after departure.

The Department of Justice included in its recent statement that Boeing had refused to cooperate with authorities for more than six months after an investigation into the crashes was opened.

Boeing’s president and CEO, David Calhoun, said in a statement on Thursday that the company “acknowledges how we fell short of our values and expectations.”

The recent DoJ resolution served as “a serious reminder to all of us of how critical our obligation of transparency to regulators is,” he added.

Under the terms of the agreement, Boeing will pay a penalty of $243.6 million to authorities and $500 million in compensation for victims’ families, as well as $1.77 billion to airline customers in compensation for financial losses as the result of the United States’ decision to ground the 737 MAX in the aftermath of the crashes.