Brazil: Murder, Drugs, God and Crypto – The Downfall of the Pharaoh of Bitcoins 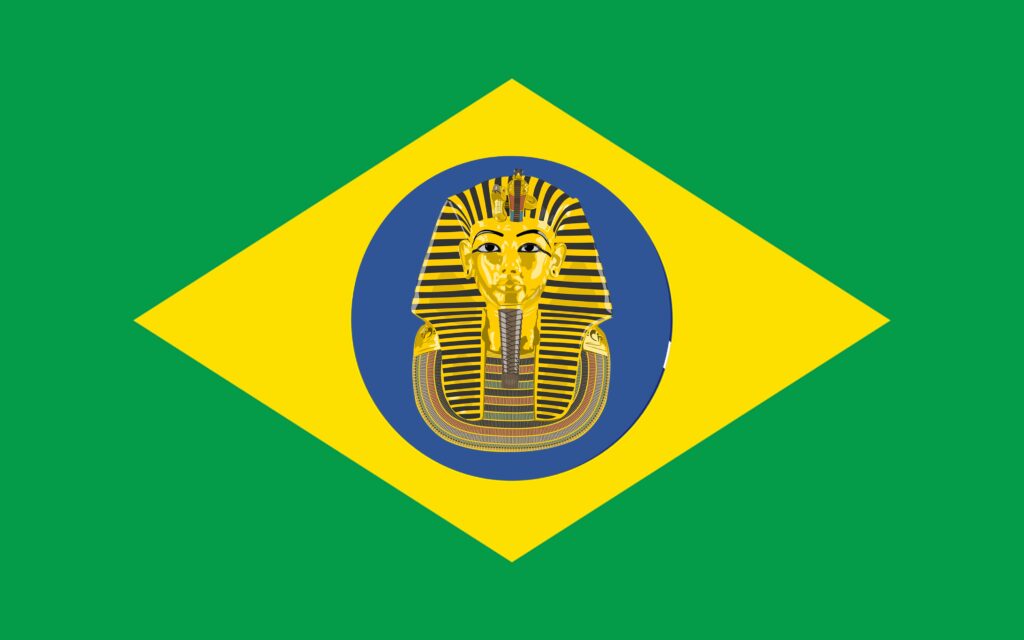 New details in Brazil’s Pharaoh of Bitcoins case, a vast cryptocurrency pyramid scheme, have emerged, including links to drug money, charitable donations to a church and a murder-for-hire plot.

In 2015, Glaidson Acácio dos Santos, a former waiter and pastor, founded a company, GAS Consultoria Bitcoin, that traded in cryptocurrency. He soon had a vast portfolio that moved hundreds of millions in dollars.

However, the success story quickly fell apart when he was arrested in August 2021 and accused of building a complicated pyramid scheme.

Since his arrest, the case has taken a number of turns, including Acácio dos Santos being named a defendant in 288 separate civil cases, according to Globo.

InSight Crime breaks down the main takeaways from this fascinating criminal tale.

In August 2021, prosecutors alleged that Acácio dos Santos built the pyramid scheme by promising investors 10 percent monthly earnings on cryptocurrency investments. From 2015 to 2021, the scheme moved over 380 million reais ($67 million), with nearly half deposited between August 2020 and August 2021.

Several suspicious transactions tipped investigators to the scheme. For example, Acácio dos Santos’ wife came under scrutiny when she received transfers worth over 1.4 billion reais ($26.7 million) from her husband’s company in a four-month period.

All this culminated in Acácio dos Santos’ arrest on August 25, 2021. During a raid on his home, authorities seized around 20 million reais ($3.5 million) in cash and nearly 600 Bitcoins in digital assets, among other valuables.

The indictment has since grown to include 21 other individuals, including the Pharaoh’s wife, business associates who allegedly helped launder the money, financial experts who helped mask the transactions and smaller operators who were in charge of expanding the pyramid scheme in specific areas of Brazil.

Acácio dos Santos allegedly did not just bilk investors but also received drug and militia money, according to prosecutors.

Prosecutors allege suspected drug money was involved in two June transactions in which a total of 1.7 million reais ($270,000) was deposited in the broker’s account. Two residents of Cabo Frio, the town where GAS Consultoria was based, made the deposits but had no way of justifying how they possessed such large sums of money.

In a separate incident last April, police seized a private helicopter with 7 million reais ($1.1 million) in cash on board. The cash belonged to GAS Consultoria, which unsuccessfully tried to reclaim the money in court.

The connection to militias, organized crime groups largely made up of former and active soldiers and police officers, came when prosecutors discovered deposits of 2 million reais coming from individuals connected to a group operating in the west of Rio de Janeiro. In September, it was revealed Acácio dos Santos received cellphones and food delivered to his prison cell, which militia contacts may have facilitated.

Finally, a real estate agent suspected of involvement in a separate drug money laundering scheme made a transfer of 5 million reais ($890,000).

In late October, as the investigation into Acácio dos Santos expanded, he was indicted for the attempted murder of Nilson Alves da Silva, the owner of a rival cryptocurrency business.

In January 2021, Alves da Silva began spreading rumors about the investigation into Acácio dos Santos, according to Folha de S. Paulo. He reportedly used this to encourage clients to transfer their crypto-assets to him instead.

This prompted the Pharaoh of Bitcoins to allegedly order a hit on his competitor, who was shot multiple times while driving his car on March 20. Alves da Silva narrowly survived the attack but was left blind and paralyzed.

The shooting was carried out by four hired guns, contracted through an intermediary, authorities allege. Further complicating matters, the perpetrators used a cloned vehicle and a regularized one during the escape, making the investigation significantly more difficult for authorities to solve.

In the Name of the Lord

One of the ways in which Acácio dos Santos was able to find new customers quickly was allegedly through his close relationship with priests at the evangelical Universal Church of the Kingdom of God (Igreja Universal do Reino de Deus), according to Brazilian media. Though no church official has been charged in the case, the church added a seeming veneer of respectability to Acácio dos Santos, who became a pastor there in 2014, according to an investigative report by prosecutors.

At a church meeting, Acácio dos Santos met his alleged principal partner in the pyramid scheme, Tunay Pereira Lima, who has also been charged by prosecutors.

Acácio dos Santos also gave generously to the church, which received up to 77 million reais (13.7 million) in donations from him, his wife, Pereira Silva and GAS Consultoria. Church coffers were filled with 15 million reais ($2.6 million) on July 12, according to an investigation by Extra.

The church has categorically denied any involvement in financial misdeeds and said the donations were received “in good faith.”

Acácio dos Santos’ brother has also found himself on the wrong side of the law recently. In November, Emerson Acácio da Silva was arrested on drug trafficking charges in Cabo Frio after authorities discovered him making drug sales. During his arrest, he tried to swallow ripped banknotes and four pieces of crack before getting into a brawl with officers.

Although he seemingly was not tied to his brother’s operation, this was not his first visit to the local police station in Cabo Frio, where officers know him on sight. His rap sheet includes four prior drug trafficking violations, theft, illegal possession of a firearm, and corruption of minors, instigating a prison riot and bodily harm.