Bribery and forgery of documents: Hundreds of Israelis have recently entered Romania 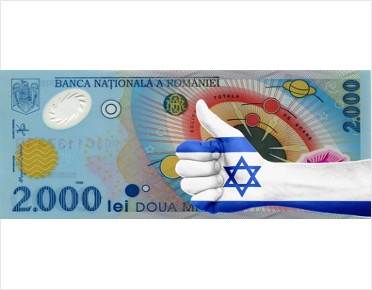 Although the country is closed, many Israelis, some of them criminals, have found ways to enter it to closely monitor their businesses. Some bribed transit officials and some used forged documents. Some of them became infected with COVID-19 while they were there.

Hundreds of Israelis, including several dozen criminals, have entered Romania in recent weeks and used forged passports and documents. Some of them even paid thousands of dollars to airport officials and senior police officers to allow them to enter the country.

Currently, entry into Romania is exceptionally allowed only to diplomats, students studying in the country and businessmen who have a temporary residence permit in the country. Despite this, many Israelis found several methods to enter the country before the complete closure of Ben Gurion Airport began.

“Some Israelis are very attached to government officials, to senior officials at the passport control checkpoint, to senior police officers who issue them exceptional entry permits in exchange for thousands of dollars in bribes,” revealed a well-informed Israeli source in The Romanian Sting. “Several hundred Israelis entered the country in this way in the midst of the crisis, and the absurdity is that at the moment some of them are hospitalized in a serious condition because they fell ill in Corona.”

According to the same Israeli source, who is linked to government officials and police, many Israelis approached him and offered him in exchange for financial bribes, to help them obtain entry permits into the office but he vehemently refused. “There were many inquiries to me and they wanted to pay me a lot of money for getting the permits but I refused. I did not want to get involved.”

Other Israelis came to Romania via Turkey, Bulgaria, Hungary, Serbia and Arab countries like Dubai, even though their country of origin was Israel. “They simply said that they came from these countries and thus entered Romania without any problems,” explained an Israeli living in the country. “They came from Israel to those countries, stayed there for a few days and then flew to Romania.”

Most of the country is open

To date, 780,000 corona patients have been registered in Romania, 19,800 have died from the deadly virus and 723,000 people have recovered. Despite the difficult situation of the corona in Romania, the shopping centers are open and so is the public transport, there is no enforcement on those who do not wear a mask and the casinos have reopened.

The public in Romania, especially on social media, is protesting and angry that there is no enforcement on citizens who do not wear masks in public places and on public transport. “There is a harsh criticism that the police do not enforce the whole matter of wearing the mask and therefore many citizens are infected with the virus,” said an Israeli living in the country.

At the same time, it is estimated that in the coming month, with the application of the green passport and the vaccinator’s certificate, the authorities in Romania will show flexibility and allow Israelis to enter it.