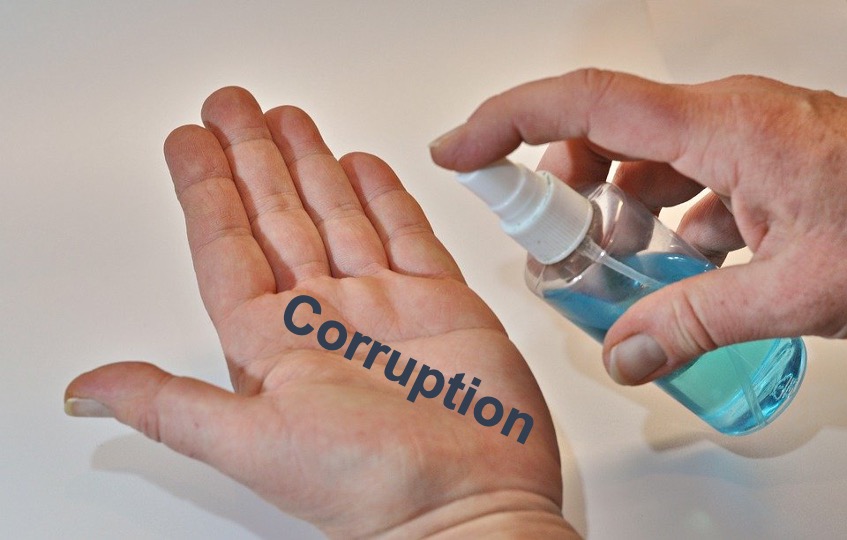 Our Trouble at the Top series for the 2020 Corruption Perceptions Index, includes a list of the top 25 countries on the CPI and their corruption challenges, an overarching analysis of the root causes of corruption in top countries and five high-profile corruption cases in otherwise “clean” countries.

Even countries that perform well in the Corruption Perceptions Index (CPI) have their own integrity challenges. As the CPI is measure of public sector corruption, there are criminal acts and even institutional weaknesses that are not reflected in countries’ scores.

Moreover, weaknesses in the public sector of one country might allow graft to take place, but the proceeds of corruption often travel somewhere else further up the CPI table. Corruption schemes involving large amounts of money and high-powered individuals nearly always stretch across multiple jurisdictions.

Companies in rich countries can take advantage of the weak rule of law elsewhere to win business through bribes, kickbacks and other corrupt deals. Astonishingly, major exporters do little to punish these crimes. Almost half of global exports are from countries with weak enforcement against bribery of foreign officials.

For some high-scoring countries, corporate secrecy is part of the pitch to investors. Even where transparency reigns on paper, this can be undermined by outsized corporate influence on decisionmakers and weak supervision of the financial industry.

Corruption problems that came to light under the unprecedented pressures of the COVID-19 pandemic have not spared high-scoring countries. Other challenges are connected to new technologies, which could have a serious impact on political integrity if urgent action is not taken.

Here we look at some of the biggest corruption issues facing countries in the top 25 of the 2020 Corruption Perceptions Index, with scores of 67 and above.

In 2020, a fraud scandal broke in Germany (80/100) that sent shockwaves across the financial world. Wirecard, a FinTech company once tipped as the future of online payments, was revealed to have massively overinflated the value of its business. Ludicrously, the authorities in Germany could not decide who should have been responsible for supervising Wirecard.

Such shortcomings in supervision of the financial sector in the EU as well as the lack of EU-wide supervision is also a huge problem when it comes to stopping the proceeds of corruption from being laundered.

The US$230 billion money-laundering scandal involving the Estonia (75/100) branch of Danske Bank, the biggest lender in Denmark (88/100), showed that seemingly clean countries on the CPI can be easy targets of corrupt actors. At the same time, full accountability for enabling cross-border corruption and money laundering has proved difficult to achieve. New evidence that came to light last year has also revealed glaring gaps in oversight over other Nordic banks, including in Sweden (85/100).

DNB bank from Norway (84/100) got off lightly in 2020 for inadequate compliance with anti-money laundering regulations. In 2019 the bank was shown to have processed allegedly corrupt transactions in the Fishrot Files foreign bribery scandal involving a company from Iceland(75/100) paying bribes in Namibia (51/100). In December, a court in the Netherlands (82/100) ordered prosecutors to investigate Ralph Hamers, the former CEO of ING Bank, for his role in a money laundering scandal that led to a €775 million settlement in 2018. Hamers is now CEO of UBS Bank, based in Switzerland (85/100).

In the US (69/100), the FinCEN Files investigations published in 2020 lifted the lid on systemic weaknesses in the system through which banks are meant to report and stop transactions suspected to be part of money-laundering and other criminal activity.

At the start of 2020, a major investigation showed how Isabel dos Santos, the daughter of Angola’s (27/100) former president, made millions through corrupt deals with the government of Angola, moving the proceeds through an offshore business empire. The United Arab Emirates (71/100) was a key part of the network, with a dos Santos company registered in Dubai allegedly receiving US$115 million in public funds from Angolan state oil company Sonangol. Criminal proceedings were launched against various companies and trusts in the Netherlands which also appear to have facilitated Dos Santos.

Jurisdictions where it is easy to set up companies with little scrutiny, and giving away little information, like the UAE or Hong Kong (77/100) often appear in investigative reporting about corruption. But it isn’t just offshore financial hubs that need to grapple with businesses greasing the wheels of corrupt transactions.

Buying luxury property is a popular way to launder the ill-gotten gains of corruption and other crimes. In some countries, professionals involved in the process, like real estate agents, lawyers, accountants and notaries, are meant to flag suspicious transactions. But evidence shows that they usually don’t, making countries like Canada (77/100), UK (77/100) and US (69/100) hot property for the corrupt. In other countries, like Australia (77/100), anti-money laundering laws are weak and have resulted in Australia being a go-to destination for money laundering in the real estate sector. Insufficient data on who owns property in these countries makes tracking down the corrupt more difficult.

Politics in the interests of a few

It was only in 2020, after a scandal involving a parliamentarian lobbying for a company from which he received stock options and a directorship, that Germany made plans to introduce a lobbying register for MPs.

After years of negotiation in Brussels, a joint transparency register for the European Parliament, the EU Council and the European Commission was recently secured, but it still falls short of being a mandatory register of outside influence on EU policy-making.

A 2020 report by Transparency International covering eight EU institutions and member states, including France (69/100) and Netherlands, found that none have adequate measures to prevent undue influence on public policies and decision-making.

Elections are also at risk of undue influence. Dark money spent through opaque online advertising is a challenge for every democracy, no matter how clean its reputation, as elections in New Zealand (88/100) in 2020 brought home. Among the myriad controversies of the 2020 US elections, it was once again painfully clear that campaign finance laws have failed to address the challenge of digital advertising.

Exporting corruption along with goods and services

A dubious record was broken at the start of 2020, with aircraft manufacturer Airbus agreeing the highest ever settlement in a foreign bribery case, almost US$4 billion dollars, with authorities in France, UK and US.

The company, registered in the Netherlands and headquartered in France, had turned an estimated billion Euros in extra profit thanks to contracts won through bribes in countries including Colombia (39/100), Ghana (43/100), Indonesia (37/100) and Sri Lanka (38/100).

While the settlement was a victory for international cooperation between the prosecuting countries, it also highlights shortcomings. Under the agreement, Airbus avoided criminal prosecution, which should only be the case when companies self-report wrongdoing. Individual executives have not been held accountable, and the victims of corruption were not compensatedthrough the settlement.

Transparency International’s research shows that the vast majority of countries that export a lot of goods and services are failing to investigate and prosecute companies that pay bribes to win business abroad. Together with settlements that leave room for companies to avoid real accountability, this creates a perception of impunity for dirty deals in other, usually poorer, countries.

Forgetting integrity in the panic of a crisis

Finally, the unique challenges wrought by the COVID-19 pandemic have tested high-scoring countries’ commitment to transparency and integrity in their own public sectors as never before.

When the Organized Crime and Corruption Reporting Project created a database of how public money was spent on Personal Protective Equipment at the onset of the COVID-19 pandemic, in several countries they found a black box. Belgium (76/100), Denmark, the Netherlands and Norway did not publish details of contracts awarded, even withholding information on prices and the names of companies in some cases.

In the US, the previous Administration’s challenges to oversight of the unprecedented COVID-19 relief package raised serious anti-corruption concerns and marked a significant retreat from longstanding democratic norms promoting accountable government.

Now, as we look hopefully ahead to 2021 as a year of widespread vaccinations and treatments, it is vital that there is transparency and accountability in how governments, especially in wealthy nations, acquire and distribute life-saving resources.

Integrity is more than a number

Governments in high-scoring countries must not be complacent. They need to take urgent action to tackle the ways they facilitate corruption in countries that are more vulnerable to its devastating impacts. Countries that are a destination for corrupt cash are at risks of being corrupted themselves, in a vicious cycle that dangerously erodes trust in democratic government. The slightest weaknesses in areas like lobbying, campaign finance and public procurement can be exploited by the corrupt, especially in a crisis.

However, there are solutions. Ending the abuse of anonymous companies, getting tough with those who enable corruption, and opening up politics with transparency and citizen engagement will not only keep ‘clean countries’ clean, they will help anti-corruption efforts elsewhere as well.