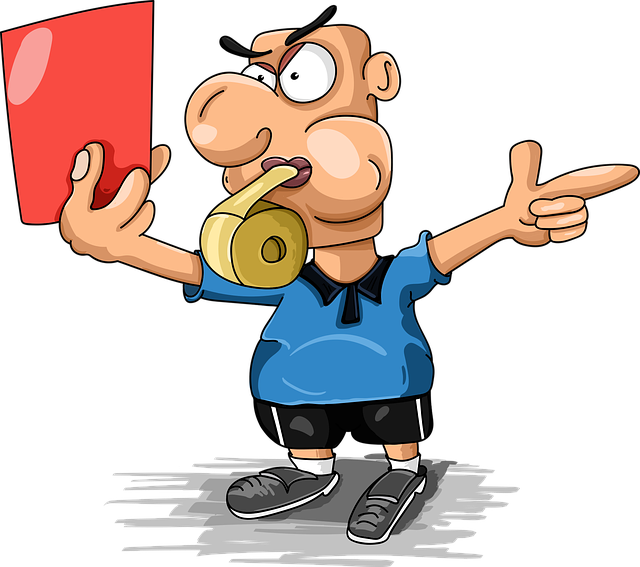 The Czech Football Association is currently being rocked by what could turn out to be the biggest scandal in the modern history of Czech football. Its deputy chairman, Roman Berbr, has been arrested and is facing charges of largescale game-rigging along with 18 other individuals. The Football Association has since announced Mr. Berbr’s resignation along with that of the entire referee committee and promised to reform the system.

Last Friday, the headquarters of the Czech Football Association were hit by a sudden police raid. It was the culmination of a long-term investigation that saw 19 individuals charged with corruption. Four of the accused have since been arrested, among them the deputy chairman of the association Roman Berbr.

Mr. Berbr and the other members of the network are accused of manipulating the results of matches within the second and third divisions of Czech football for many years. The case revolves around second division side Slavoj Vyšehrad. The team’s sports director, Roman Rogoz, allegedly secured favourable results through Roman Berbr and the Football Association’s referee commission, which was headed by former Czech national team coach Jozef Chovanec.

According to the police charges, excerpts of which were published by the news site Lidovky.cz, Mr. Rogoz would approach Roman Berbr requesting a desired game result and the latter would then use his influence within the referee commission to nominate specific individuals. These would subsequently receive bribes if they agreed to rig the game result. Aside from this practice, coaches would also be approached on occasion and asked to select a weaker team that would lose to Rogoz’s Vyšehrad.

The Czech Football Association’s executive committee met to discuss its reaction to the scandal on Monday. It chairman, Martin Malík, announced that deputy-chair Berbr as well as Mr. Chovanec have since resigned on all of their functions. He also said that the concerned referees will be sacked and that the referee commission members have been fired.

The head of Czech football said it was now time to reform the referee selection system in a way that would ensure their independence according to UEFA conventions, while at the same time ensuring the oversight of the referee commission that selects them. However, he admitted that there was no plan on how to do that.

“I will not lie. I currently have no solution to this problem, but I am open to discussion and new ideas.”

Asked about whether resignations should also come from other members of the Czech Football Association, Mr. Malík said now was not the time to start politicising the issue and that it would be “craven” to back down from the challenge.

One of the high profile figures that have come into the public eye since the scandal broke is the referee Dagmar Damková. Ms. Damková has a distinguished CV, having refereed the final game of the women’s football tournament at the Beijing Olympics, as well as the UEFA Women’s Euro and Champions League finals. Currently, she sits in both the UEFA and FIFA referee committees.

However, she is also the long-time partner of the accused Mr. Berbr and chaired the Czech Football Association’s referee committee herself in the past. Asked about whether he thinks she may have known about her husband’s alleged corruption, the chairman of Czech football, Mr. Malík, said that he does not believe this was the case.

“I think that Dagmar Damková did not know about many things. She is an elite member of the UEFA and FIFA referee committees and spends more than 70 percent of her time abroad. That also may have contributed to her lack of awareness about things.”

Lidovky.cz has reported that Ms. Damková may have already handed in her letter of resignation from the Czech Football Association’s Steering Committee for Bohemia, which she is in charge of. Mr. Malík said he could not confirm the news.

It is not the first corruption case that the beleaguered football association has had to weather in recent years. Three years ago, its then chairman, Miroslav Pelta, was arrested after a similar police raid and charged with manipulating state subsidies. The case is currently in court.