EU: Revised methodology for the identification of high-risk third countries 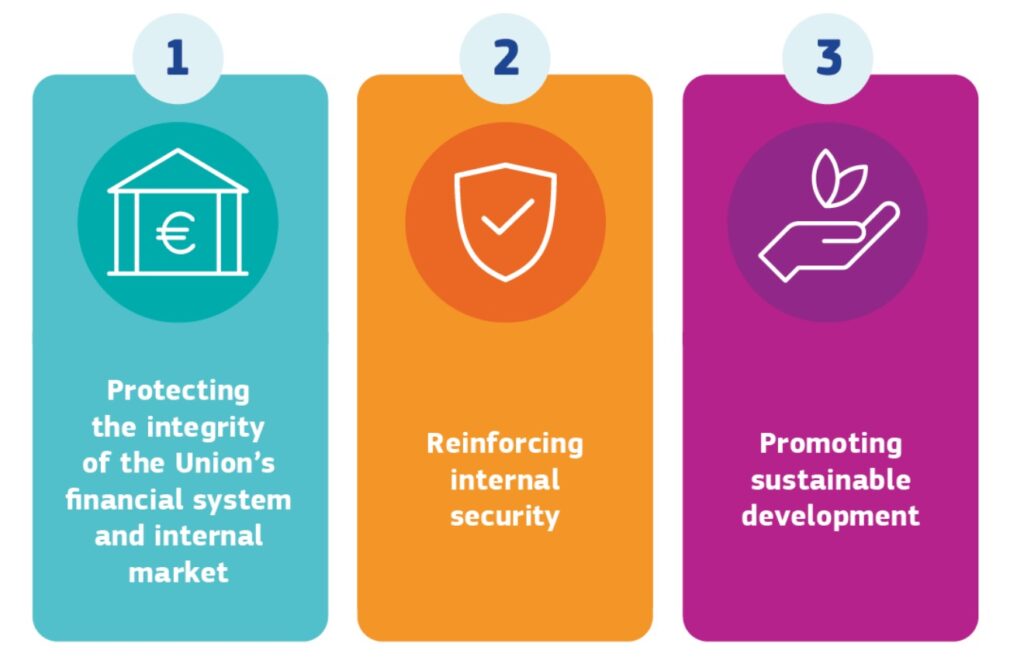 Based on Directive (EU) 2015/849, Article 9, the Commission is mandated to identify high-risk third countries having strategic deficiencies in their regime on anti-money laundering and counter terrorist financing. The aim is to protect the integrity of the EU financial system.

One of the pillars of the European Union’s legislation to combat money laundering and terrorist financing is Directive (EU) 2015/849. According to this Directive, banks and other gatekeepers are required to apply enhanced vigilance in business relationships and transactions involving high-risk third countries. The types of enhanced vigilance requirements are basically extra checks and control measures which are defined in article 18a of the Directive.

On 7 May 2020, the European Commission adopted a new delegated regulation in relation to third countries which have strategic deficiencies in their AML/CFT regimes that pose significant threats to the financial system of the Union (‘high-risk third countries’). Identification of such countries is a legal requirement stemming from Article 9 of Directive (EU) 2015/849 (4th Anti-Money Laundering Directive) and aiming at protecting the Union financial system and the proper functioning of the internal market. The delegated regulation amends delegated Regulation (EU) 2016/1675.

The following jurisdictions are identified as having strategic deficiencies in their AML/CFT regimes: 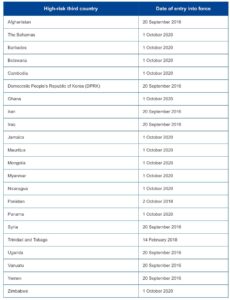 Revised EU methodology for the identification of high-risk third countries

The Commission has also published a revised methodology for the identification of high-risk third countries. This methodology ensures that a robust, objective and transparent process is applied. The objective is to identify jurisdictions which have strategic deficiencies in their national AML/CFT regimes which pose significant threats to the financial system of the Union and hence the proper functioning of the internal market. Once identified, the Commission adopts delegated acts listing these jurisdictions.

This methodology was based following the adoption of a Roadmap.

The methodology describes the main steps, assessment criteria and follow-up.

The methodology provides that the Commission will consider FATF lists as a starting point and complement this by an autonomous assessment of additional countries using the following approach:

A listing occurs in case jurisdictions are not cooperative (i.e. refusing to express a commitment) or jurisdictions fail to implement the benchmarks within the agreed period. In case there is an overriding level of risk that needs to be mitigated and emergency situations, the Commission reserves the possibility to proceed immediately with identifying strategic deficiencies on the basis of the anti-money laundering Directive.

Here is an overview of the engagement approach with third countries based on an autonomous assessment.

The objectives of the list can be subdivided into three principle goals: 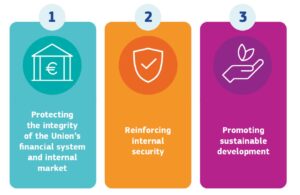 The listing process follows a staged approach that can be divided into four parts: 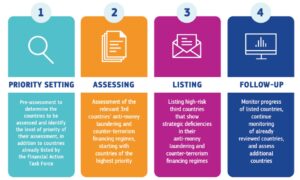