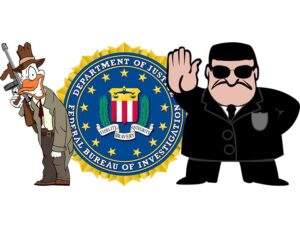 Since 2015, the FBI has expanded its international corruption unit with three new squads across the country

The Federal Bureau of Investigation has taken on a bigger role in foreign investigations with U.S. ties, expanding its international corruption unit in recent years to pursue individuals and organizations involved in crimes such as bribery, kleptocracy and antitrust.

The bureau’s newest international corruption squad in particular, set up last year in Miami, shows how agents are helping tackle foreign bribery through enforcement of the U.S. Foreign Corrupt Practices Act, and kleptocracy violations via U.S. money-laundering rules. The Miami team has worked at least five cases, including several that led to high-profile settlements this year.

“The FBI has participated in these investigations for years, and it appears to be taking a larger and more focused and better-resourced role, especially in FCPA matters,” said Matteson Ellis, an attorney who specializes in international anticorruption compliance and enforcement at Miller & Chevalier Chartered.

The FCPA prohibits U.S. persons and entities from giving or offering anything of value to foreign public officials to win business.

“We were perpetually flying down to South America; individuals were transiting through the Miami area,” said Ms. Backschies, who was head of the FBI’s international corruption team in Los Angeles before leading the national team.

“We were seeing assets being procured with illicit proceeds. We were just seeing a lot of bad activity,” she said. “And everyone was always having to go to Miami to conduct interviews.” So the Miami unit was created, starting operations in March 2019.

The FBI took agents from its Houston office to Miami, hand-picking those with expertise in international cases who had worked with multiple teams of prosecutors in the U.S. and abroad at the same time, Ms. Backschies said. The FBI’s international corruption unit now has 51 staff members, including special agents, intelligence officers, analysts and forensic accountants across the country. By comparison, there were only 13 agents and one analyst in the field office in Washington in 2010.

In Miami, the bureau has looked for agents with cultural fluency and language skills, particularly Spanish and Portuguese, according to Rick Simpson, head of the Miami squad.

With the new dedicated squads, the FBI is initiating more cases, Mr. Simpson said. The bureau handles the investigation of FCPA cases and works hand-in-hand with prosecutors from the U.S. Justice Department on cases from start to finish, including regularly sending agents to meetings with companies and their lawyers, he said.

The Miami squad was credited with assisting in investigations related to several recent FCPA settlements, including a deal with Sargeant Marine Inc., a Florida asphalt company that pleaded guilty in September to conspiracy to violate antibribery provisions of the FCPA.

The FBI’s investigative work also helped lead to a settlement in October with J&F Investimentos SA. The Brazilian firm, which controls meatpacking giant JBS SA, agreed to pay $128 million and pleaded guilty to a criminal charge of conspiring to violate the FCPA.

The FBI’s role in FCPA enforcement, including detecting and investigating potential violations, was analyzed in a November report by an international antibribery watchdog that praised the continued U.S. leadership in going after transnational corruption.

The report, by the Working Group on Bribery in International Business Transactions, an arm of the Organization for Economic Cooperation and Development, noted the expansion of the FBI’s international corruption squad and the unit’s ability to spot FCPA cases in other investigations, such as asset-recovery cases, and from reports of foreign bribery allegations from the legal attachés the FBI has in 75 countries around the world.

The unit’s latest challenge has been conducting investigations mostly virtually, which can be difficult for an agency that relies on field work and in-person meetings, Mr. Simpson said.

The pandemic has forced its agents into a mix of remote and in-person working, and has halted some of their travel, according to Ms. Backschies.

The team has been relying on document-sharing and videoconferencing to conduct interviews, as they continue to receive and review new complaints, Mr. Simpson said.

“We prefer in person communication for all the obvious reasons and it is challenging not to be able to do that during the pandemic,” he said. “Instead of doing those in a small conference room with 10 people in there, we’re [on] Webex with 10 different places … We’ve been able to manage our way through those challenges.”

By Mengqi Sun, December 31, 2020, published on the Wall Street Journal 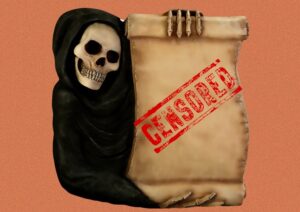