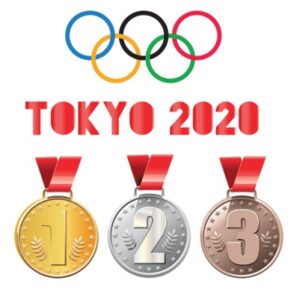 The inquiry grew out of a five-year investigation of Russian bribes that let athletes compete despite positive doping tests, which led to convictions last week.
The Tokyo Olympics, postponed to next summer because of the Covid-19 pandemic, are facing renewed scrutiny over allegations that the city’s bid to host the games was secured by millions of dollars in bribes laundered through the international banking system.
A team of more than a dozen French prosecutors and police investigators is investigating allegations of corruption associated with the Tokyo Olympics bid, according to a top French prosecutor with oversight of the investigation. The inquiry grew out of a five-year investigation into Russian bribes that allowed athletes to compete despite positive doping tests, which resulted in multiple convictions by a French court last week.
The scope of the scheme has surprised some French investigators, who anticipate that the investigations could broaden to include other major events. “Corruption in some form must exist in every major sporting event,” a law enforcement source said. “The possibilit[ies] of briberies are endless.”
Both the case that was just decided and the Tokyo Olympics investigation center on payments made to a Senegalese father and son duo. For more than 15 years, Lamine Diack ran the International Association of Athletics Federations, or IAAF, recently renamed World Athletics, the largest Olympic sport federation. His son Papa Massata Diack worked as a marketing consultant for the IAAF.
In the case that was just decided, French prosecutors alleged that the Diacks and associates solicited about $4 million from athletes suspected by the IAAF of doping in return for hiding positive tests. Jean-Francois Bohnert, the head of France’s National Financial Prosecutor’s Office, confirmed to NBC News that the Diacks are a focus of the Tokyo bid case.
Speaking more broadly about global sporting events, Bohnert said, “We see some mechanism of corruption” associated with the Olympic Games. “Our place is … to trace and track when corruption is at stake.”
Bohnert said that the Olympics bribery investigation is ongoing and that it is too early to determine whether additional sporting events were involved. He did not provide an estimate of when the investigation might be complete.
Bohnert said international sports attract criminal activity for two reasons: huge amounts of money that is easily circulated around the world through the international banking system and a lack of institutional oversight. There is insufficient oversight within the individual sporting organizations, Bohnert said, and as a group they are not accountable to any unified global legal authority.

“When there is some vacuum space,” Bohnert said, “some very — interesting people [come] into that field in order to make their unlawful activities.”

The Diacks, who deny wrongdoing, were convicted last week by a French court of accepting bribes in exchange for stonewalling punishments for Russian athletes who tested positive for doping. The elder Diack, who is 87, was sentenced to two years in prison and a 500,000-euro fine. Son Papa Massata Diack, who remained in Senegal, was sentenced in absentia to five years in prison and a 1 million-euro fine. The Senegalese government has refused to extradite him.

“You have seriously undermined the fight against doping,” Judge Rose-Marie Hunault said in handing down the verdicts and the sentences.