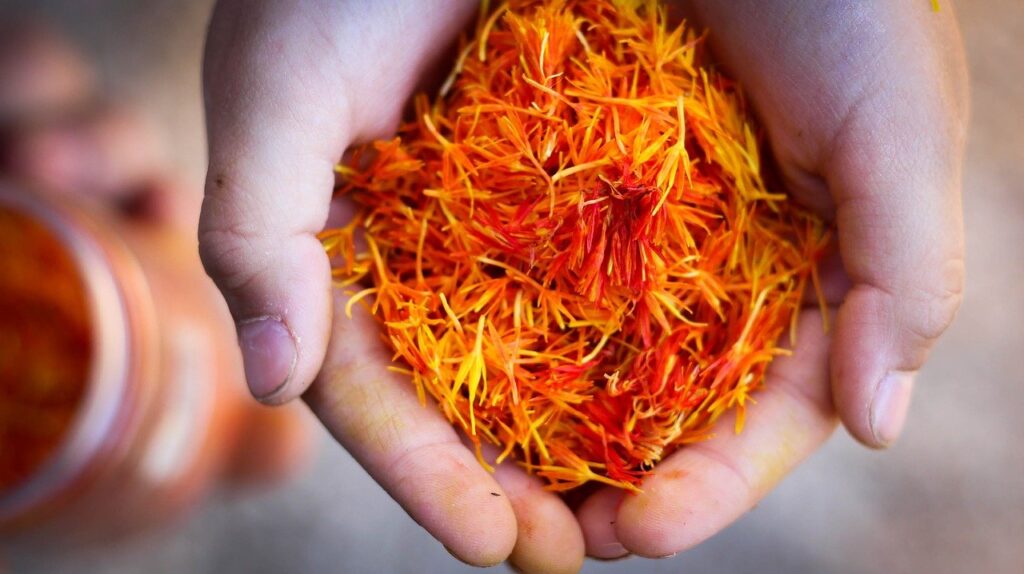 Spanish police arrested 17 suspected members of a criminal network that allegedly made about 10 million euro (more than US$12 million) mixing saffron with other herbs and chemicals and selling it as pure, high-quality saffron, Europol said.

The organized crime group sold saffron imported from Iran and relabelled as a top-quality product from La Mancha, a region in central Spain where the local spice production has a Protected Designation of Origin (PDO) certificate.

Apart from mixing it with other herbs to increase the quantity, the suspects reportedly also used colorants banned in the European Union and the United States to dye the final product and make it look like the legitimate spice, Spanish police saidin a statement.

Authorities also seized nearly half a ton of saffron threads, machines for counterfeiting the spice, luxury cars, jewelry and 14,500 euro (some $17,600) in cash.

After searching premises across the Ciudad Real and Albacete regions, police also found more than two tons of Iranian saffron and an illegal workshop that criminals used to pack and label their product.

Once having made profit, the group allegedly laundered it using a complex scheme that involved multiple bank transfers to different companies across the EU from a Spanish business that would be pretending to have bought the adulterated spice.

Commercializing fraudulent spices is seen as a profitable business to many food criminals.

The European Commission ranked spices and herbs the sixth most adulterated foods in Europe, according to its 2019 annual food fraud network report. Apart from misleading customers, these counterfeit products pose a serious risk to health as substances used to make spices look legitimate are often toxic.

Amongst all spices, saffron is the most appealing to criminals. Its harvest is limited while its production is costly, making it the most expensive spice worldwide.

Saffron adultering is a common problem local producers from La Mancha have fought for years. In 2014, police dismantled a criminal group that commercialized the fake product as authentic and scammed hundreds of consumers. Local producers said that in 2013 they grew nearly 1,700 kilograms of saffron threads under the PDO certificate, while Spain reported exporting about 11,000 kilograms.