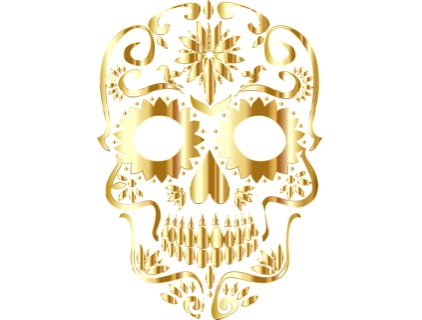 Nearly 11 tonnes of Colombian gold exports to the US were misinvoiced between 2010 and 2018, new research suggests, prompting warnings that illicit metals trading is proving even more lucrative than cocaine to South America’s criminal gangs.

According to a study by Global Financial Integrity (GFI), a US-based think tank that tracks the illicit movement of goods and funds, there is a vast difference between the value of gold exports declared by Colombian traders and the equivalent import figures in the US.

The accumulated value gap over that eight-year period, both from over and under-invoicing gold trades, is estimated at around US$2.7bn. The value gaps for trade with India and Switzerland are also each over US$1bn.

“There are certain qualities inherent to gold that make it vulnerable to illegal extraction, trafficking and laundering,” GFI says in the report, which was co-authored with Colombia’s Alliance for Responsible Mining and Bogotá-based think tank Cedetrabajo.

“Not only tremendously valuable, it is also portable and largely untraceable. Unlike narcotics, gold is not inherently illegal, and differentiating between legally and illegally sourced gold can be difficult.”

With gold also easier to move across international borders than cash, the report says it is proving an attractive option “for Colombian criminal groups looking to maximise financial gains, shift profits from one jurisdiction to another, and minimise the risks of being caught”.

Not only is illegal or informal mining problematic in terms of contributing to deforestation, but it is also plagued by interference from organised criminals. In 2013 more than half of Colombia’s illegal mining activity was believed to be taking place in areas controlled by neo-paramilitary criminal groups, GFI says.

As well as their role in selling gold extracted illicitly, these groups often extort local artisanal operators and own heavy machinery being used. The report estimates criminal groups earn around US$2.4bn a year from illegal gold mining.

Though most illegally mined gold departs Colombia through smuggling, for example by small aircraft, boat, or carried on the person of an international traveller, the report says official trade channels are used in around a fifth of cases.

This typically involves large exporting firms setting up dozens of fake companies, registered with different chambers of commerce across Colombia, GFI says. It points out that the country’s authorities have levelled charges against several large firms for facilitating fraudulent exports.

For example, in a 2019 case against gold trader CIJ Gutiérrez, the Colombian Attorney General’s Office alleged that as much as US$650mn was laundered through a network of fictitious companies.

In Colombia, gold mining directly accounts for around 2% of GDP and 1.5% of employment nationally. However, its complexity as an industry has made it vulnerable to criminal activity and created barriers to becoming more formalised.

The country’s mining sector is populated by large numbers of smaller, artisanal operations, and so for buyers, it can be difficult to trace whether gold originates from legal or illegal sources.

The Alliance for Responsible Mining explains that there is a distinction between illegal mining, where extraction is not permitted at all by the relevant authorities, and criminal mining, which is used to finance criminal activity directly.

There are also informal producers, it says, which operate within the law but may not meet requirements around sustainability or safety.

Currently, informal miners are often forced to sell gold below market value – with local intermediaries, or compraventas, paying “barely 40% of the international standard” – in environments susceptible to asset laundering.

For Aba Schubert, co-founder and chief executive of Dorae, a blockchain-based platform that tracks the origin and movement of raw materials, part of the reason Colombian gold is so widely exploited is a lack of information about its origins.

“To transform disorganised, informal mining into organised artisanal mining that’s performed according to a sustainable plan, I think there have to be policies that set out behavioural incentives,” she tells GTR.

“That could be a ‘carrot’ – if there is infrastructure put in place to ensure producers get better value if they can share information on where they collected their material – or a ‘stick’, which would be enforcement and penalties.”

As things stand, gold from multiple artisanal producers is often collected by aggregators, then sold onto refiners. If, at that point, gold from different sources is melted together and reformed, it is impossible to say where each part of a bar originated.

“If an aggregator doesn’t have a good incentive to collect information from its suppliers – either being able to get a better price because the product is viewed as compliant and sustainable, or carrying no risk of enforcement action – it may not happen,” Schubert says.

A challenge to banks

The high-risk status of Colombian gold has also made it much harder for producers to access finance from the formal banking sector.

According to the Alliance for Responsible Mining, artisanal and small-scale miners find it difficult to open bank accounts or access credit at reasonable terms.

“This lack of access has resulted in a vicious cycle of stigmatisation of the mining sector, in which it is considered risky, and therefore is financially excluded, which only increases the perceived risks,” it says in the report.

At the same time, a lack of regulatory clarity and institutional coordination means many producers do not fully understand what the formal export process entails.

“In our experience, most of the larger, more ESG-oriented financial institutions are not going to touch Colombian gold exports, simply because it’ll be a small amount of their business with a large risk profile,” says Dorae’s Schubert.

“If banks around the world said they would provide letters of credit, financing and so on, providing the gold traders have good credentials that are articulated under Colombian laws and regulations, that would be a huge incentive for improvements.

“But I don’t know if the banks have any incentive themselves to go out on a limb and do that today.”

The trade finance gap across Latin America and the Caribbean is believed to stand at around US$350bn, says GFI policy director Lakshmi Kumar.

Open account trade, where transactions are handled but not financed by a bank, has been identified by US authorities as a primary vulnerability in terms of TBML.

Financial institutions are still expected to identify and support suspicious activity, but often have limited visibility into the underlying trade itself.

“Having a formalised role for banks could be very beneficial for the industry,” Kumar suggests. “It provides clear pathways for support, and can also grow interest from legitimate SMEs including developing artisanal mining if utilised properly.”

By John Basquill, February 17, 2021, published on the Global Trade Review