How Covid-19 is changing the Organized Crime Threat 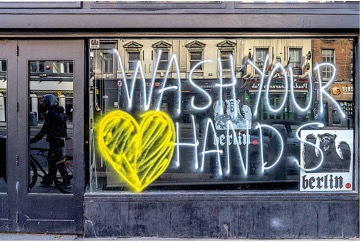 It happened: British Prime Minister Boris Johnson announced the strictest curbs on life in the UK during peacetime. This followed the adoption of emergency legislation which, most controversially and among others, gives law enforcement agencies the right to detain people on public health grounds and place them in isolation.
Meanwhile, shops have experienced a run on their goods, as consumers hoard. What originally begun with toilet rolls, hand sanitizes and medicinal palliatives such as paracetamol has now developed into the purchase of almost everything in sight? With so many people forced to remain home, the question is how this will affect the ability of criminals at all levels to conduct their nefarious business.
.

Like legitimate business, organized crime (OC) relies on borders being open, good communication channels and the ability to reach its ‘customers’. The closure of many borders and the imposition of restrictions on our daily life severely hampers the ability of OC to thrive. Likewise, at the lower level of criminality, burglars will find it increasingly difficult to break into homes when occupants are in all day. Those criminals desperate for their next ‘fix’ will need to find new ways to obtain money that may bring them into direct contact with their victims.
As the world effectively shuts down, it is having a dramatic impact on the ability of organized crime groups (OCGs) to traffic their drugs, smuggle contraband and illegally move humans across borders. In Colombia, it is reported that the closure of its borders with Venezuela has encouraged OCGs to exploit those desperate to flee the country. And, if you think matters are difficult in UK supermarkets, spare a thought for the supermarkets of Venezuela which have been empty long before the appearance of the Covid-19 virus.
It is suggested that the current pandemic could transform the situation in Venezuela into an even bigger humanitarian crisis than it already is. One thing is for certain – OCGs will not stop. They will adapt to the changed circumstances by diversifying their activities. In Honduras, human traffickers have responded to the closure of borders by raising their prices for both facilitating the illegal movement of people and goods in and out of the country. In Hong Kong, a triad OCG hijacked a delivery truck of toilet rolls as hysteria swept through the territory in the wake of spiraling Covid-19 infections. The coronavirus is putting a squeeze on the criminal finances of Mexico’s OCGs as they struggle to purchase the precursor chemicals they need to make fentanyl and face difficulties in obtaining other counterfeit goods from China.
Closer to home, Ireland’s police service has suggested that criminal gangs may seek to take advantage of the disruption to the services law enforcement agencies normally conduct due to the pandemic.
And in the UK, a man appeared in court charged with making false ‘medical kits’ alleged to treat Covid-19. The kits allegedly contained harmful chemicals which people were meant to rinse their mouths with and, interestingly, the City of London Police arrested the alleged perpetrator after it was contacted by US counterparts.
.

As more people become desperate to buy medicines such as paracetamol, face masks and hand gels in the current crisis, we should expect a rise in the number of fake sites claiming to have access to stocks of such products. In reality, these will either peddle fake drugs or will use their sites to gain access to bank details of would-be customers. They will prey on customers who may be less cautious than normal as they become desperate to find pharmaceutical drugs and sanitary items.
Among the issues that hospitals are having to deal with are reported threats from hackers who are using fake emails from what appears to be the World Health Organization (WHO) – emails which, once opened, give criminals access to personal files. The threat of leaking confidential patient data would then be used as a form of ransom to extort large sums of money.
The BBC has identified a number of further cyber scams that include ‘click here for a cure’, fake government offers of a tax refund, as well as sites impersonating the WHO or purporting to represent the Centers for Disease Control and Prevention, the US federal agency. Many ask for a ‘donation’ to help the fight against the pandemic, but are inevitably just scams.
.

The opportunities for OC to thrive could be made worse in a doomsday scenario if policing becomes restricted to only handling loss of life incidents, despite plans to cancel leave among police forces and abandon existing training obligations in an effort to free up as many staff as possible for front-line duties. Police personnel and members of other emergency services are not immune to disease themselves, and could well see their numbers severely restricted through infections and self-isolation measures.
In the UK, it has also been suggested that murder investigations could be halted as well as police response times to 999 emergency calls extended if necessary as part of the measures being considered to free up police time.
In the US, plans are already made to only attend essential calls for service across the entire country, not only to protect officers but to limit crowding in prisons that could potentially lead to a rapid spread of the virus across vulnerable populations. It has also been reported that, across the US, law enforcement agencies have issued a number of social media posts asking criminals to stop their illegal activity during the crisis.
Appeals to the criminals’ own sense of duty may not get very far. Still, an Italian Mafia fugitive described as a top ‘Ndrangheta criminal on the run for the last seven months was arrested in Italy after police spotted him inside a seemingly deserted safe house where he ensconced himself as a result of the national lock-down.
.

Cleveland Police’s cyber-crime team – representing one of the smallest police forces in England and Wales – has helpfully identified four top tips to prevent people and businesses from becoming victims of coronavirus-related online scams. They recommend keeping software and app updates installed on all devices. They also suggest tracking this BBC site that has details of the latest known scams. They also advise people to be wary of fake advertisements for sanitizing gel and face masks (see Get Safe Online). Lastly, visit the Take Five website for sound, practical advice on how to avoid becoming a victim of fraud.
.
By Keith Ditcham, RUSI, 24 March 2020
Photo (edited): William Murphy / CC BY-SA 2.0
Share on linkedin
Share on facebook
Share on twitter
Share on whatsapp
Share on email
72
Recent Posts