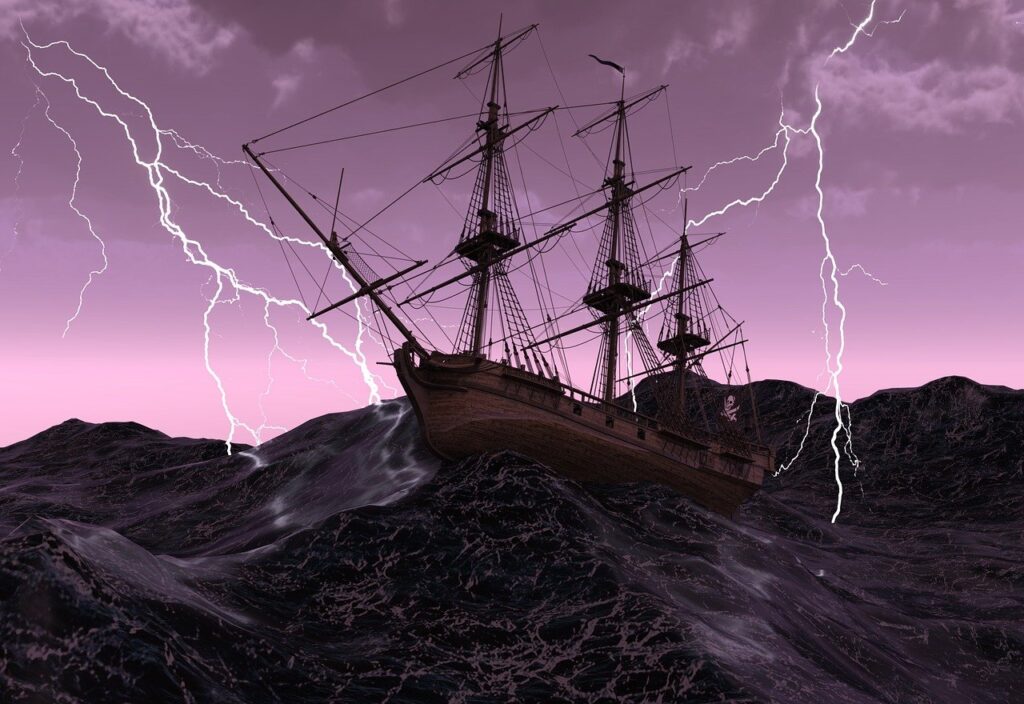 he last time the UK chaired a summit of the G7, or the G8 as it was in 2013, David Cameron was in an ebullient mood as he held a closing press conference in glorious late afternoon sunshine by Lough Erne in Northern Ireland. He sensed he had pulled off a diplomatic triumph by putting a new subject at the forefront of world leaders’ agenda: the global fight against corruption.

“These are really strong commitments that have never been written down in this sort of way and then signed,” Cameron said. “These are words on a page that the G8 is going to be judged on year after year after year.”

Once obscure issues such as the need for public registers of beneficial share ownership, the automatic exchange of tax information and curbs on profit shifting by multinationals were finally in the spotlight. Fighting corruption had become Britain’s surprising new international calling card – and Cameron’s personal mission, strange as it may now seem given his tenacious lobbying career after leaving politics.

There was some real progress after the G8 meeting, especially on the idea that public registers of beneficial share ownership – making clear who the real owners of companies are – could leave the money launderers with fewer places to hide. In 2019 it was estimated tax avoidance cost developing countries as much as £180bn a year.

But nearly a decade after the promises in Northern Ireland, the UK has lost its leadership role. The British Virgin Islands, arguably the biggest tax haven in the world, is still setting the UK preconditions before it will set up a publicly accessible registry of share ownership. This is three years after legislation was passed by MPs intended to require all UK overseas territories to set up registries by 2020.

Unexplained Wealth Orders, once billed as the magic bullet to force the autocratic elite to hand over ill-gotten wealth, lie largely unused, and badly mauled in the British courts. The expectation was 20 orders would be issued in the first two years. Only four have been, and in one case the judge ordered the UK to pay the daughter of one of Kazakhstan’s political elite millions in compensation for wrongful seizure of her property.

The Serious Fraud Office remains badly underfunded, and the City of London – with its army of accountants, lawyers, property and art dealers, bankers and PR firms – still protects the funds of the world’s kleptocracy. Plans for a public registry of foreign firms owning property in the UK, first unveiled by Cameron in 2015 and consulted upon in 2018, have still not been implemented and did not feature in the latest Queen’s speech.

Similarly plans to reform Companies House so that its officials can police, as well as administrate, the registry of companies, remain stuck. Inside Whitehall, no coherent structure exists to fight corruption. There is still an anti-corruption champion – John Penrose MP – but the role has been downgraded from cabinet status.

Ten different government departments have a role in fighting corruption, and even more for money laundering. If everyone has responsibility for driving an agenda, no one has.

In giving evidence to the US Congress’ foreign affairs committee last month, Ed Lucas, senior fellow at the Centre for European Policy Analysis, ended his devastating testimony by reflecting on the “dismally ineffective approach of the UK”. He counselled Congress: “I hope that US officials and elected representatives will underline forcefully their dissatisfaction with Britain’s progress. It should be a source of national shame that London remains the money-laundering capital of the world.”

Corruption is once again a live issue and Britain’s failure to maintain its leadership position is becoming obvious. Boris Johnson at his G7 summit in Cornwall this week will make much of the fight to defeat authoritarianism in Russia and China, but in doing so he will have to gloss over the role of the City, overseas territories and the London property market in facilitating the Russian kleptocracy. His hostility towards the recommendations from the long-delayed report by parliament’s intelligence and security committee on Russian influence is impossible to overlook. Tom Keatinge, director of the centre for financial studies at the British defence thinktank Royal United Services Institute, warns that “when the tide goes out you find out who is swimming naked. For Boris Johnson and illicit finance that embarrassing moment is about to arrive.”

Britain’s recent inertia is likely to be seen as more than a minor domestic broken promise. Corruption is rapidly surging back up the global agenda, largely thanks to America. Joe Biden has said the competition between autocracy and democracy is the great generational challenge, and he plans “to rally our allies to combat corruption and kleptocracy”. Tackling global corruption is not a distraction from dealing with China, Russia and other strategic competitors, but central to it. On Thursday, Biden announced that fighting corruption is a “core national security interest, and essential to the preservation of our democracy”.

Inside the US national security council, Samantha Power, the head of USAID, has been pressing the issue hard, arguing the common thread that animates so many demonstrations from Jakarta to Pretoria is anger with corruption. Meanwhile, the minimum 15% corporate tax rate, agreed by the G7 at the weekend and made possible by Donald Trump’s defeat, means that more ways must be found to stop firms hiding their profits in tax havens.

The UN general assembly last week held a three-day conference on fighting corruption, its first such summit. The role of “enablers”, by which they meant London lawyers as much as anyone, was one of the main targets of the assembly’s 17-page communique.

So quite how Cameron’s G8 ambitions dissipated is not just another reminder of how fleeting the fads can be at these summits, or how all summit declarations are “here today, binned tomorrow”.

Armed by his G8 success in 2013, Cameron in May 2016 went one stage further, bringing together world leaders for a one-day conference at Lancaster House on fighting corruption, the first of its kind. Most still recall the event for Cameron being overhead at a reception saying he had invited the leaders of some of the “most fantastically corrupt countries”. But it brought together 43 world leaders and between them they generated 648 commitments, 17% of which were on the topic of beneficial ownership of shares, widely seen as the golden key to unlock corruption.

“It seemed a global moment when the world seemed to be coming together to take this issue seriously,” recalls Liz David-Barrett, director for the study of corruption at Sussex University. Robert Barrington, then chief executive of Transparency International, recalls he never knew a moment when an NGO worked so closely with the top of government in the 30-year anti-corruption movement. “The closer we got into the process, there was not a diminishing hunger for ideas from No 10, but an increase. It showed that you could have a global anti-corruption moment that does not have to be mired in the UN.”

But then two months later, the Brexit vote happened, Cameron departed and summit organisers now admit Whitehall collectively dropped the ball on the issue. The senior Cabinet Office civil servant coordinating the anti-corruption summit in Whitehall, Creon Butler, recalls: “It was not as if Theresa May had any problem fighting corruption, but with Brexit, she had other priorities and it was not right at the top of the list in the way it had been with Cameron.”

In May’s defence, she took the issue to the G20 summit in Brisbane in 2016 where 10 principles on beneficial ownership were adopted. But Butler admits leaders have only so much bandwidth, and cannot take five different issues to a summit. Her priority was modern slavery. “If we had the follow up, we would have got a lot more through. That is where we fell down,” Butler recalls.

Barrington argues the UK did not just fall behind solely due to the distraction of Brexit. He points out: “In 2008 in the wake of the financial crash, the UK introduced its golden visa regime. 60% of these visas – unchecked, no real diligence – went to citizens of Russia and China. That was a deliberate policy, not to promote corruption, but to get inward investment at a time when the economy was in trouble. The truth is post-Covid, post-Brexit, the UK economy is going to have a pretty rough ride. The government might not want to close off avenues that bring inward investment to the UK or allow exports to new markets where levels of corruption are pretty high. The government will never explicitly say that, but there is a realpolitik to this.”

There are now tentative recent signs that the Foreign Office, never central to Cameron’s more Cabinet Office-based initiative, is willing to pick up the fumbled ball, and show leadership. This year’s integrated defence and foreign policy review, for instance, addressed some issues around illicit finance and insecurity.

At the UK’s instigation, the G7 put out a supportive if general statement for the UN general assembly event last week. The UK foreign secretary, Dominic Raab, spoke at the assembly, largely defending the government’s record. He said a G7 meeting would address the issue later this year.

In April, Raab followed the US in introducing Magnitsky-style sanctions – visa bans and asset freezes – for corruption as well as for human rights abuses. It took him much longer than he predicted to get this architecture in place, and in a sense such sanctions only deal with the symptoms of corruption, but they are an advance. So far they have been used against 22 people. The chancellor, Rishi Sunak, is reportedly shortly to propose powers to block listings on the London Stock Exchange on security grounds.

But UK pressure on its overseas territories and crown dependencies to prepare public registers of beneficial ownership is at best sporadic. Also, the EU needs to improve access to its registers.

In the end it is about leadership from the top. In January, Vladimir Ashurkov, a London-based colleague of the Russian opposition figure Alexei Navalny, released a list of eight influential Russians with assets in the UK who Navalny has said should face sanctions. Navalny called on Downing Street to go after “the people with the money”, arguing that “nothing less will make an impact on the behaviour of the Russian authorities”. Johnson seems unable to make this point.

Ministers may well reply that the UK’s unhappy experience with Wealth Orders shows that it is not possible to expropriate someone’s wealth simply because they are said to be connected with an authoritarian leader.

But Biden has given his government 200 days to report to him how the west will up its game to make global corruption a priority. Johnson has in effect been given his orders, and he could start by revisiting what Cameron, his great Conservative rival, proposed all those years ago.

By Patrick Wintour, June 9, 2021, published on The Guardian