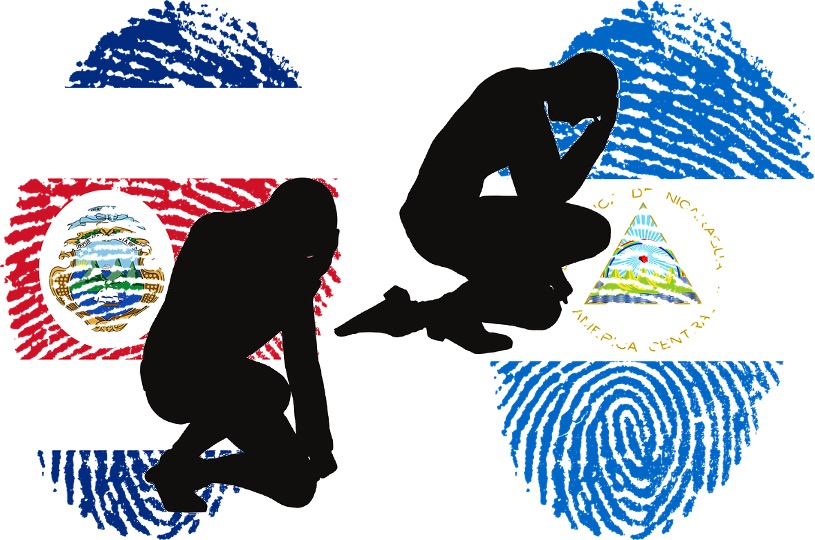 Recent interceptions linked to the smuggling of migrants at Nicaragua’s border with Costa Rica have illustrated the extent to which clandestine groups and individuals dedicated to the trade continue to operate between both nations, despite mobility restrictions associated with the coronavirus pandemic.

Below, InSight Crime explores how illegal migrant smuggling continues to pose a dilemma on both sides of the borderline.

Perpetual Flows During The Pandemic

On January 4, Costa Rica’s Ministry of Public Security announced authorities had made two arrests linked to separate cases of human smuggling through the nation’s porous northern border with Nicaragua.

Officials revealed a Nicaraguan national with permanent residency status in Costa Rica was caught as he was found transporting five compatriots who had illegally crossed into the country at a clandestine entry point. The suspect had reportedly charged each of the five migrants 10,000 colones (approximately $16) to take them from a farm in Santa Elena, Nicaragua, to the center of Santa Cecilia, a small district located in La Cruz, Guanacaste, Costa Rica.

According to the Ministry of Security, border police later arrested a second suspect in the same district, when he was found driving a Nicaraguan who had illegally entered the country. The migrant claimed he had previously been approached by a stranger in Nicaragua who had promised to take him to Costa Rica for 35,000 colones (just short of $57).

Both prior to and during the pandemic, coyotes, a common term for human smugglers, have worked to move undocumented Nicaraguans into Costa Rica. Such individuals have also been known to help migrants in later making appointments to legitimize their residency in the country, according to a 2020 report published by the Arias Foundation for Peace and Human Progress (Fundación Arias para la Paz y el Progreso Humano) titled “The Faces of Nicaraguan Exile: Expelled and Vulnerable.”

Ana Yancy Espinoza, academic director at the Arias Foundation for Peace and Human Progress, told InSight Crime that many Nicaraguan migrants see paying coyotes the same way as they see any other service: a beneficial transaction if the price is “moderate,” or a service from which they do not do well out of if the price is disproportionately high or they are robbed in transit.

Instead, the porous frontier sees dual operations executed by smugglers, as criminal groups help undocumented migrants from the likes of Cuba and Haiti to illegally travel from Costa Rica into Nicaragua, ultimately toward the US.

Last month, Costa Rica’s migration police revealed authorities had dismantled an organized criminal network dedicated to the illicit smuggling of migrants both in and out of the nation via its northern frontier, arresting 10 suspects in the borderland city of Upala.

Media outlet La Nación reported the group’s coyotes had been helping Cubans to illegally enter Nicaragua. The network reportedly used safe houses to hide migrants in Costa Rica before they were led northward through clandestine border passages at Los Chiles and Upala, a process facilitated by the group’s counterintelligence capabilities.

Back in July 2019, officials in Costa Rica announced that through a collaborative effort with Panamanian authorities, they had arrested 36 people who had formed a group dedicated to the smuggling of migrants from Cuba and Haiti, as well as Africa and Asia.

According to the head of Costa Rica’s migration police, Stephen Madden, the migrants would typically fly into Brazil, Peru, Ecuador or Colombia before members of the network smuggled them overland into Costa Rica via Panama.

Coyotes stationed at Costa Rica’s northern border would then guide them into Nicaragua, from where they would subsequently travel to Honduras or Guatemala. The network reportedly charged individuals between $7,000 to $20,000 for its services.

Yancy revealed how those living close to the border strongly associate northward smuggling of migrants from outside of Central America with organized crime. She added that locals had reported seeing such migrants wearing bracelets and badges in their transit, to demonstrate which criminal group was responsible for them.

Earlier this month, Costa Rica’s Ministry of Security revealed that in 2020 authorities had made 70 arrests linked to human smuggling. All but four of such interceptions were made around the nation’s northern border.

Those found guilty of illegally smuggling migrants across the border or within the nation typically serve between two to six years in prison, or up to eight years in more severe cases, according to officials.

However, Yancy toldInSight Crime that prosecution of such acts is practically impossible, especially when no formal complaint is made. This is most often the case.

Across the border on January 5, Nicaragua’s military reported that between December 19 and January 3 it had detained 37 migrants who had attempted to enter the country illegally from Costa Rica via a well-established maritime route. According to La Prensa, the migrants — who were reportedly from a range of countries, including Haiti, Yemen and the Dominican Republic — had been guided by a Nicaraguan coyote.

Despite widely publicized efforts from both countries to impede such smuggling, coyotes have been known to directly pay authorities in both Costa Rica and Nicaragua to facilitate the transit of migrants, according to the Arias Foundation’s report.

The study warned members of Nicaragua’s military had also been known to guide crossings and forewarn coyotes of Costa Rican police presence beyond the border.

In spite of the coronavirus pandemic, migrant smuggling between Costa Rica and Nicaragua has continued to thrive.

Many Nicaraguans are still attempting to escape their nation’s ongoing sociopolitical crisis and associated security threats by any way possible.

Meanwhile, the northward smuggling of migrants from the Caribbean, Africa and Asia through Costa Rica into Nicaragua reflects a wider trend apparent across Latin America.

Coyotes appear to still have a range of available routes open to them in their efforts to make clandestine crossings, regardless of which way migrants are heading. Last year, the Arias Foundation detailed how 51 clandestine border crossings could be found between the two nations.