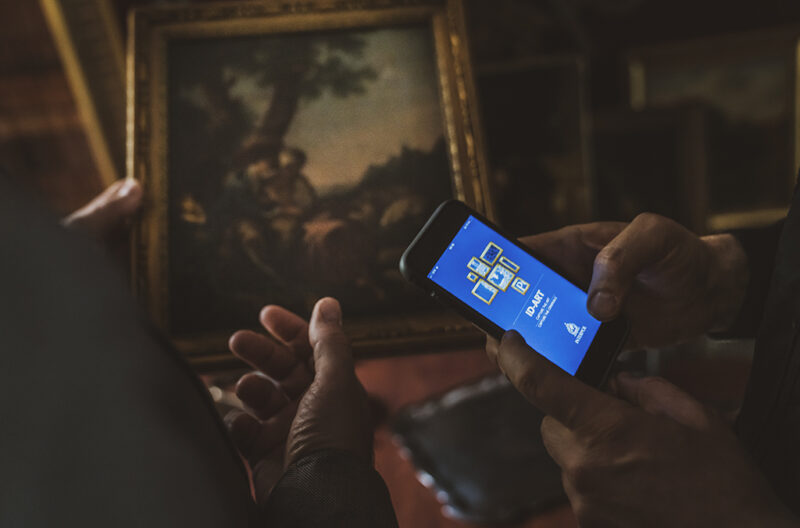 INTERPOL’s ID-Art app enables users ranging from law enforcement to the general public to get mobile access to the INTERPOL database of stolen works of art, create an inventory of private art collections and report cultural sites potentially at risk.

Using cutting-edge image-recognition software, ID-Art is free to download from the (Android or Google) Play Store and the (Apple) App Store.

“This new tool is a significant step forward in enhancing the ability of police officers, cultural heritage professionals and the general public to protect our common heritage,” added Secretary General Stock.

Police, customs officers, private collectors, art dealers and art enthusiasts can instantly check to see if an object is among the more than 52,000 items currently registered as stolen.

Searches against the database via the app can be carried out by taking or uploading a photo, or by entering search criteria manually.

Using international standards known as Object ID, museums and private collectors can capture images and record features of their works of art on the app to help keep track of their collections.

In the event of a theft, these records can be provided to law enforcement, greatly enhancing the chances of recovery.

The President of the International Council of Museums (ICOM), Alberto Garlandini, said: “Heritage worldwide is at risk from natural disaster, looting or conflict. By facilitating on-the-go access to INTERPOL’s stolen works of art database, and by using ICOM’s Object ID to create cultural property inventories, INTERPOL is providing museum professionals and private citizens alike with a much needed and innovative tool to protect heritage at risk.”

The app allows those on the frontlines of protecting heritage to document the state of heritage sites, including historical  monuments and archaeological sites.

It also enables users to record the geographical location, a detailed description and images in order to capture the condition of a site.

The resulting ‘site cards’ can then be used as evidence or basis for reconstruction if ever the site is looted or destroyed.

“Interpol’s new ID-Art App is a major milestone in the international fight against the illicit trafficking of cultural property. Indeed it is both preventive and reactive as it allows everyone to record cultural objects and sites into the app. This has the potential to improve due diligence practices with potential buyers of cultural artefacts,” said Ernesto Ottone, UNESCO’s Assistant Director General for Culture.

During the app’s pilot phase earlier this year, in Italy the Carabinieri’s unit for the protection of cultural heritage identified two stolen statues put on sale on a commercial platform thanks to the mobile application, resulting in a judicial inquiry.

In addition, authorities in The Netherlands recovered two stolen paintings after the Dutch Art Crime Unit identified the paintings thanks to ID-Art, following checks on an online sales catalogue involving an Amsterdam auction house.

ID-Art is available in INTERPOL’s official languages – Arabic, English, French and Spanish – and is funded by the INTERPOL Foundation for a Safer World.