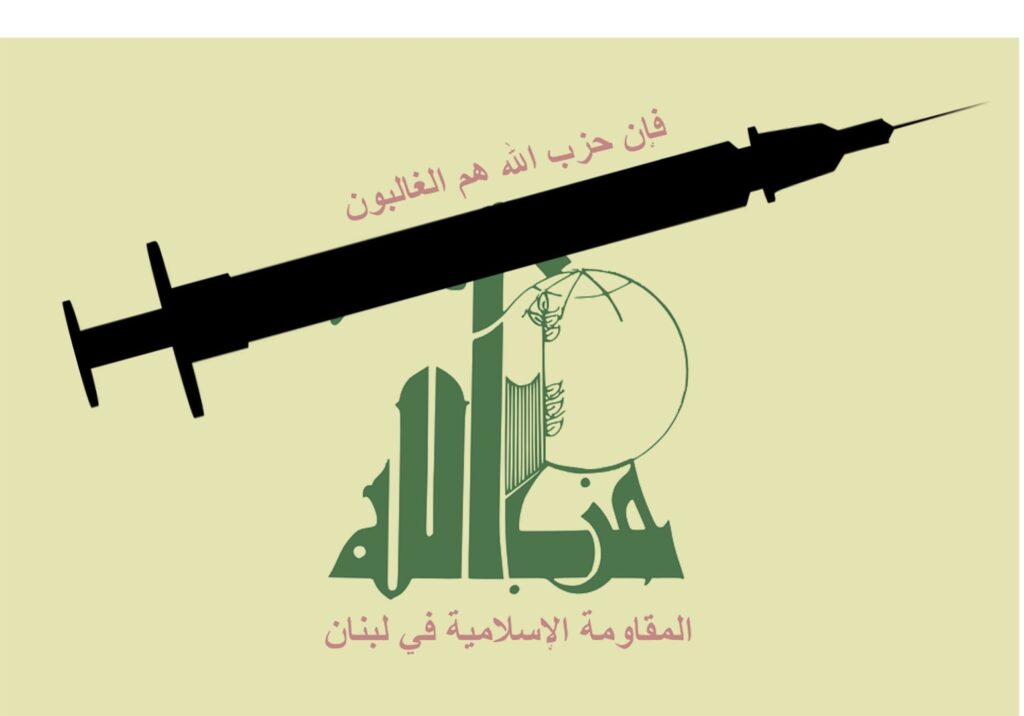 In April this year, the Kingdom of Saudi Arabia had to impose a ban on the import of Lebanese goods because Iranian proxy Hezbollah was regularly sending narcotics, such as Captagon and cocaine by hiding those into cargoes. For the past several years, Hezbollah has emerged as one of the key mafias of trafficking drugs into various nations in the world. According to media reports, following the collapse of the Lebanese and Syrian economies, Assad family Mafiosi and Hezbollah set about remodeling their nations as narco-states – world production centers for amphetamine-based drug Captagon, a favorite among partygoers and terrorist entities. Syria’s Captagon trade is estimated to be worth over a billion dollars a year.

According to Baria Alamuddin, an award-winning journalist and broadcaster in the Middle East and the UK: Captagon production had become established in areas such as Homs and Aleppo, but given Syria’s extreme dysfunction, many major factories have been reconsolidating themselves along the Lebanon-Syria border, particularly in Hezbollah strongholds such as Qusair and the Bekaa Valley. Lebanon’s former Justice Minister and security chief, Ashraf Rifi, describes a “partnership between Hezbollah and the Syrian side in terms of manufacturing and smuggling” Captagon. This is in addition to Syria and Lebanon becoming favored routes for heroin, crystal meth and hashish.

Since the GCC shipping ban, Hezbollah has resorted to diverting these illegal shipments via transit states to obscure the country of origin, once again exploiting its connections with the worldwide Lebanese diaspora. West Africa has become a preferred option, with 450,000 Captagon pills turning up at a port in Lagos, discovered as a result of Saudi-Nigerian cooperation. GCC authorities have also discovered millions of Captagon pills in West African shipments of cocoa, with Syria almost certainly the original point of production.

This isn’t the first time Hezbollah has embroiled West Africa’s Lebanese communities in the narcotics trade. During the 2000s, Hezbollah and Iran found themselves with a different problem: Thanks to President Mahmoud Ahmedinejad’s outreach to Latin American states, Hezbollah began reaping billions of dollars from cocaine, but it had no means of repatriating these funds to Beirut and Tehran. It hit on an ingenious idea: Investing the money in tens of thousands of second-hand American cars that were then shipped to Benin, where hundreds of Lebanese expats set themselves up in the West African car market. The proceeds from these sales were then repatriated to Lebanon.

Cote d’Ivoire has an 80,000-strong Lebanese diaspora who dominate about 50 percent of the economy, while Hezbollah-affiliated mafia elements play major roles in the narcotics trade. Cote d’Ivoire is a major transit point for money laundering, with numerous instances of youths beig stopped trying to carry suitcases containing millions of dollars back to Lebanon. Other West African states such as Guinea, Togo, the Congo, Guinea-Bissau and Sierra Leone, have played pivotal roles in Hezbollah operations, involving money laundering, weapons proliferation, drugs and organized crime.

One 2021 calculation suggests that this activity nets the group about $1 billion a year, probably in the same ballpark as the stipends Hezbollah receives from Iran. With the annual worldwide narcotics trade worth about $500 billion, this could be a gross underestimate. As Lebanon’s economy continues its remorseless slide, the day may come soon when this Hezbollah black economy comes to dominate Lebanon’s markets, with the risk that country permanently descends into being a narco state.

Iran and Hezbollah are meanwhile involved in millions of dollars’ worth of weapons shipments, to Yemen, Africa, Iraq, and a host of other war-wracked states. Thus we have a perfect storm, with the narcotics trade being used to fund terrorism and paramilitarism. Yet still I encounter a remarkable lack of curiosity about these issues among diplomats and journalists.

This comes at a time when Tehran is saber rattling on its northern frontiers in the Caucasus region. Following a succession of assassinations of nuclear scientists and “mysterious” explosions at sensitive Iranian sites, today Tehran sees Mossad agents under every rock. The ayatollahs have become intensely paranoid about Azerbaijan and Israel’s close defense relationship, and have recently begun engaging in provocative military exercises on their shared border. They have long feared that Baku could arouse separatist sentiments among the vast Azeri population in northern Iran.

Baria Alamuddin further wrote: The consequences of Hezbollah provoking a ban on exports of Lebanese agricultural produce to major regional markets are massive, and will ruin the lives of farmers who, like most citizens, have been devastated by economic disintegration and the collapse in the currency’s value. Just as in Afghanistan, impoverished farmers turned to growing heroin, which bankrolled the Taliban’s return to power; it is as if Hezbollah is doing everything in its power to transform Lebanon into an economy based on the wares of death. The high-profile visit to Beirut by Iranian Foreign Minister Hossein Amirabdollahian is a reminder of how Lebanon’s embroilment in Tehran’s economic orbit means embracing pariah statehood.

In a dying nation where so many have lost the will to live, “Hizb Al-Shaitan” has made deadly narcotics more affordable than baby milk. Lebanon’s Mediterranean location makes this historical trading nation the perfect outlet for deluging European markets with narcotics, while Hezbollah’s continued involvement in the Latin American cocaine trade is perhaps the closest Tehran will get to achieving its slogan of “Death to America”.

The world shouldn’t wait for Lebanon’s compromised and dysfunctional justice system to solve this problem. Legal cases against a smattering of Lebanese drug-dealers are risible — people jailed for laundering a few hundred capsules! It would seem that the major players are trying to eliminate the small-scale competition.

By tackling this threat head on, the world not only prevents millions of lives being irreversibly ruined, but it can also prevent the funneling of billions of dollars of drug revenues into terrorism and paramilitarism. So why this international failure to address the fact that the Hezbollah-Tehran nexus has become by far the world’s most globalized network for criminality and terrorism?

While terror-patron Iran and its proxies such as Hezbollah, Houthis and Hamas are increasingly flexing muscles and continuing terrorist activities, their involvement in narco-trade, through which these groups are making billions of dollars is a matter of gravest concern to everyone. Because, major-stake of the narco-cash would be funneled towards terrorism and expansion of radical Islamic jihadism, in the Middle East and beyond. Showing sympathy to Iran and its proxies would be the biggest blunder of policymakers in the Middle East and the West.