ISIS: Black Flags of the Caribbean 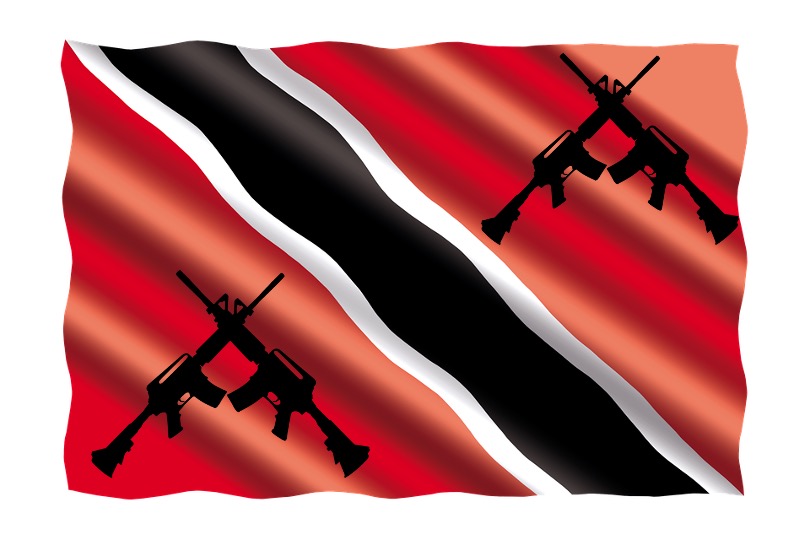 Do you know which Western country produced the highest number of Islamic State (ISIS) foreign fighters per capita? Here’s a clue: it’s the only one which has ever experienced a very real, and very nearly successful, Islamist coup attempt.

Perhaps you were thinking Belgium or France, but surely you’d have noticed gun-toting Islamist militants storming the Élysée? The correct answer, somewhat counterintuitively, lies some six thousand miles southwest of the rubble of ISIS’s “Caliphate” project—in the otherwise idyllic turquoise waters of the Caribbean, in Trinidad and Tobago.

To understand how and why this happened, there’s just about one guy to turn to: Simon Cottee. Cottee, previously a lecturer at the University of the West Indies (UWI), and perhaps the leading authority on tropical jihadists, has just published his new book, ‘Black Flags of the Caribbean: How Trinidad Became an ISIS Hotspot’.

When it comes to terrorism studies, Cottee flies under the radar. He’s a criminologist by trade at the University of Kent, and he’s rarely found on terrorism panels or “countering violent extremism” (CVE) roundtables—but in this day and age it is perhaps his absence from the “moronic inferno” of Twitter dot com which is most notable. At the same time, his author byline is among the most impressive in the field. He’s contributed on a number of occasions to The New York Times, The Atlantic, Vice, Foreign Policy, and The Spectator, among others.

In the aftermath of the 2019 Fishmonger’s Hall terror attack by Usman Khan—a participant in a university-led post-release “deradicalization” programme—Cottee’s Foreign Policy article was scathing of the well-intentioned but ultimately fatal institutional naïveté over jihadists, causing a minor storm on social media and among fellow criminologists.

Cottee escaped the brunt of this simply by virtue of not being extremely online—a fairly straightforward answer to escaping the social media mob’s clutches, albeit not one everyone can take up. Cottee’s polemical zeal apparently even comes with its own aesthetic—as Alexander Meleagrou-Hitchens put it on Twitter at the time: “Simon Cottee just ‘Simon Cotteed’ terrorist prisoner reform.”

At times, he might flirt with the boundaries between the polemical and the personal, but it is not the tirades which have secured Cottee such an impressive line-up of writing spots; it is the style, the flair, and the precision. Cottee mostly eschews the media and social media precisely because writing is his talent, and the latest offering, Black Flags of the Caribbean, proves his skill and versatility. It is part-essay, part-investigative journalism, and part-academic study. (In the interests of full disclosure I should say that Cottee is a mate. But don’t let this lead you to reconsider my praise—I hate bigging up my mates.)

It isn’t long into Black Flags before you find your first reference to Martin Amis (he pops up more than once in Cottee’s writing), and with good reason: you can feel the influence of Martin Amis and his dear friend Christopher Hitchens throughout Cottee’s writing style, and this book is no different. It is also no doubt in the spirit of Hitchens and his literary pals that Cottee feels no qualms over sharply criticising his colleagues (and even friends) when he thinks they’re wrong.

Other Easter Eggs punctuate the book’s narrative, from Hollywood movies and English literature to seminal texts in the study of criminology, providing clues as to both the author’s personal tastes and influences, while entertaining the reader.

The book certainly takes you on a ride. One minute you’re following the author vividly describing sweating his way around the island, hot on the trail of its Islamist networks and interviewing its key figures, before turning the page to find a database and a breakdown of Trinidad’s jihadists. This change of pace, style, and tone almost gave me whiplash, but is a reminder that for all its style, Black Flags is also an academic piece of work.

Okay, so Trinidad is an unexpected ISIS hotspot in the middle of the Caribbean; this is certainly an interesting subplot to the grisly “Caliphate” episode, but how relevant is it to a D.C. think tanker, a Westminster civil servant, or a Parisian academic? Very, and almost precisely because it is an isolated outpost in the Caribbean.

The geographic clustering of ISIS recruits found in Trinidad is replicated elsewhere in Europe, from Molenbeek and Trappes to Manchester and Malmö, lending weight—as Cottee points out—to those “skeptical voices” who challenge this wisdom of “focusing so much research attention on online radicalization and extremist ‘virtual spaces’—not because these spaces are unimportant, but because the relationships that matter most in violent radicalization are conducted in physical spaces in or near to social settings where people live.”

You can count me among the skeptical voices. During the height of the ISIS exodus from Western countries, online radicalization and “grooming” became a convenient folly for politicians and commentators alike to avoid confronting much more uncomfortable questions on the increasing appeal of jihadist ideology, even though available evidence suggested this angle was being overplayed.

Today, and perhaps more sinisterly, the spectre of online radicalization is raised to justify clampdowns on broad and vaguely defined categories of content designated as “hate” or “mis/disinformation”. Research like Cottee’s provide a solid foundation for requiring that those advancing these claims for censorship, and claims for resources to enable them to exclude certain information and voices from the now almost exclusively digital public square, be subject to the utmost scrutiny.

As a field, counterterrorism (and its CVE sub-field) understandably scan the horizon for emerging risks and threats. But this tendency to look forward has left much unearthed, and unlearned, from the deadly ISIS “Caliphate”. The “online radicalization” and “slick propaganda” explanations for why so many of our own citizens found themselves attracted to ISIS are of a piece with the clichéd and evidence-light explanations that have come out of the ISIS experience. More historical works on jihadism, like Black Flags or Thomas Hegghammer’s The Caravan, should be welcomed.

Black Flags of the Caribbean is best understood in this way, as a contribution to the mass of knowledge we are yet to uncover about how and why the ISIS exodus from the West happened that we shouldn’t ignore because ISIS feels like old news or because that’s not where the funding is. Beyond this, Black Flags is simply a highly entertaining and engrossing read from one of the most talented, entertaining, and provocative writers on terrorism and political violence around.