Israel 2022: Criminals are more afraid of confiscating their money than sitting in jail 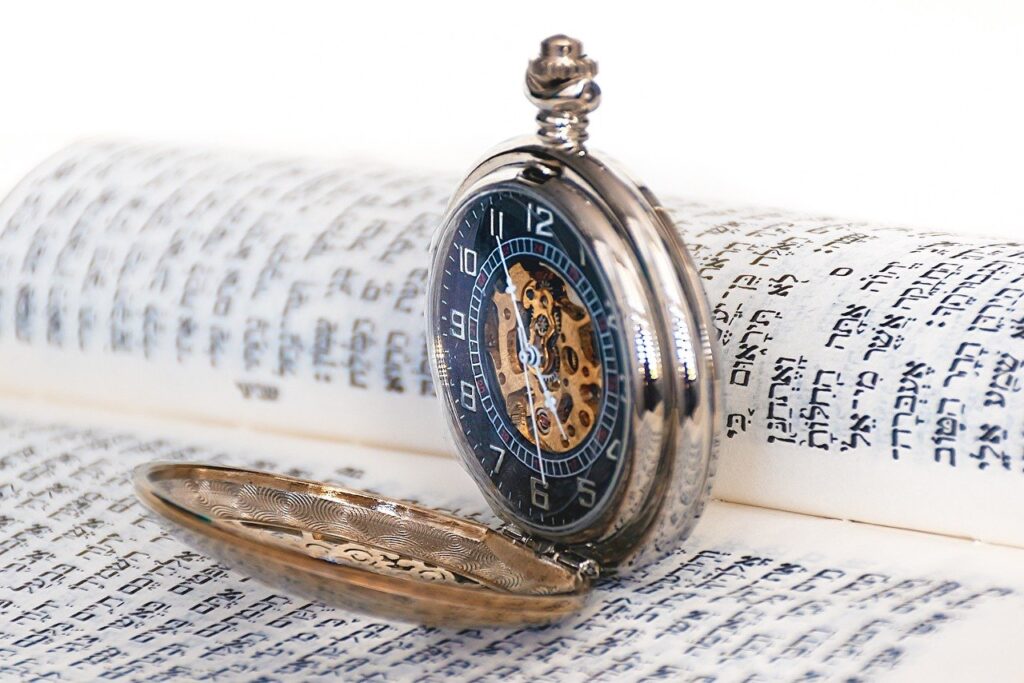 Not willing to comment on the Moshe Hogg affair, but clarifies that “we are involved in every issue related to money”, the head of the Anti-Money Laundering Authority is willing to address very few things, but she has something to tell: from childhood in Arad, through a doctorate at Yil

Who I am: Believes in initiative and proactivity, in professionalism, and is looking for serial challenges. If something is not possible, I will find a way to do it. I gather around me a talented team that is always a significant power multiplier.

Roots: Mother’s parents were married in the Czech Republic to others before the war. Grandfather survivor of medical experiments, suffering from diseases that followed, lost his entire family, and died when mother was 11. Grandmother managed to survive with two children in the ghetto and when the Czech Republic was liberated they met, married, gave birth to her mother and planned to immigrate to Israel. But the communist regime closed the gates.

In ’68, when it was possible to go out, her mother was already a student and grandmother sent her on vacation in Vienna. When she was there she informed her that she was not returning home, but was continuing to Israel. Her mother arrived in Haifa with a suitcase with a duvet, a typewriter and a luxurious set of crystals. Grandma and her stepbrother foloowed her.

Grandpa, and Grandpa on Dad’s side got married before the war, were sent to Auschwitz, separated, and lost two children. One of them was born in the camp and the next day Grandma had to go to work and he passed away. At the end of the war they managed to meet, had two children and immigrated to Israel when my father was eight years old. Grandpa opened a butcher shop, as he had in Poland. The parents met when Mom was working in an accounting firm, her boss, who was Dad’s commander in the military, fixed them togather. When Dad got a job at the Dead Sea factories as an engineer, they moved to Arad and Mom was an accountant, and later started a business for industrial paints.

My childhood: Arad, a city on the edge of the desert, the periphery, a place with a code of values ​​and a spirit of volunteerism, we had no idea that there is another universe called Tel Aviv. I was in every possible class, swimming, piano, dance, high school student council Physics and Chemistry, five girls in a class of 40 children. In the army, I was an education officer in the Armored Forces, in Tze’elim.

Law: I started studying law at the Hebrew University, which qualified for work in the public sector, because I wanted to be a judge – like the father of a girl from the class. During my studies I worked in the family business, transporting colors to clients on the way to Jerusalem and guiding tours of the Supreme Court. I was an outstanding student and was accepted to intern in the Supreme Court with Aharon Barak, closing a circle. Every morning when I went to court I could not believe I was there.

Yell: When I was considering what to do next, I consulted with Barak and he told me I needed a doctorate because it’s like an officers course and it’s better to do it in the US.

I worked very hard. The Americans gave me their notebooks because I was a non-threatening underdog, I had already finished the semester with honors. While studying, I was accepted to the Watchtower, Lipton, Rosen, Katz law firm in New York, the shrine of U.S. law firms, where I learned how to manage properly. After graduating with a doctorate in law and technology, I worked there for two years.

Avi: My husband, an engineer by profession, who also studied for a degree in philosophy and business administration. He is from a longtime family in Tel Aviv, his grandfather was Ben Gurion’s personal doctor. We met in a yoga workshop on one of my visits to Israel at the end of my doctorate and he left everything and joined me in the US. He is the father of the year. Manages to work crazy hours and invest a lot in our three children, but also deserves credit for grandparents on both sides, because without them, we could manage. We live in Ramat Aviv.

Public service: When the eldest was born we wanted to return to Israel. Although I made a lot of money, I wanted to move into the civil service because I felt I had not learned to make rich people richer. I worked for a while in the office of Adv. Hodak.

I was looking for a place with meaning and found it when I was hired as the Legal Adviser of the Anti-Money Laundering Authority. I did not know the field, but in a short time I became an international expert. Four years after I started working there, I was appointed head of the authority and for two and a half years I also served as deputy head of the protection of privacy, a position I left about a month ago.

Anti-Money Laundering and Terrorist Financing Authority: A financial intelligence body, the ‘Institution of the Economic World’ of the State of Israel, which is responsible for the implementation and enforcement of international rules on Israel. We locate money launderers, terrorist financiers and mules, and keep track of the money.

Criminals are more afraid of confiscating money than sitting in jail. Our team of experts knows how to find the money paths, and locate the capital reserves. We are behind the scenes of any criminal investigation in Israel that involves money and work in cooperation with the police, the tax authority, the Shin Bet, the Mossad and the State Attorney’s Office. We can not find out what we have revealed, because the offender does not know how we got to him and we have no interest in finding out our methods of operation.

Moshe Hogeg: Were we Involved in His Investigation? I will not address a specific issue, but we are involved in every issue related to money.

Crypto: One of the hottest domains this year, along with cyber attacks. Crypto is an attractive area for crime because it allows anonymity, the new cash. We disconnect the technology to locate the funds. To simplify the explanation, one can say that the crypto is less anonymous than one thinks, because everything is on the blockchain, a network that is visible to all.

We track criminal activity and use sophisticated technological means, linking the crypto to offenders who are off-grid. We have proposed that the Anti-Money Laundering Authority be the body that will oversee the crypto market and the issue is now being promoted with the Treasury.

Financial Intelligence: We have expertise that is not found in regular law enforcement agencies. We can see the overall financial data and notice money laundering in places that other entities will not recognize and are fed by reports from bank officials, citizens, credit card companies and insurance companies, the officials are required to report to us any unusual activity.

My team is considered one of the best analysts in the world and we select the people with tweezers. The authority has twice won the award for the best economic investigation in the world, and I can not reveal the cases and methods.

Pandora Papers: Again, we investigate every affair involving money, without referring to one case or another.

There is a bond of silence, family ties, working in cash and transferring funds to countries with which it is difficult for us to cooperate. All law enforcement agencies have focused on them in recent years and the recent arrests made there are the result of economic enforcement. We seize vehicles, cash, property, and the intelligence indications are that the reality is starting to change. Economic enforcement takes time, but its effect is huge.

Cyberattacks: Another epidemic, the easiest and most convenient crime for criminals. They work from home, do not have to strain in complex operations, everything is done using the home computer, and with the help of expertise they acquire and professionals. In information security, we have seen cases such as Shirbit, Atraf and Hillel Yaffe, and it should be emphasized that any business that holds sensitive information about customers has a duty to protect its databases according to their sensitivity, and if they are breached, it has a reporting obligation.

Information Security Supervision: We have conducted hundreds of enforcement procedures and broad supervision of risk factors, so that the level of assurance will increase, including hospitals, mental health institutions and customer clubs, but the process is still ongoing, we conducted investigations in the future and operated a new enforcement toolbox.

The Privacy Authority has no authority to impose sanctions on entities that do not protect sensitive information, and Justice Minister Gideon Saar is now leading the privacy reform, which also includes the authority to impose fines. We prevented Atraf and Shirbit from re-launching their sites, until we were convinced that there was no danger of another leak and required quite a few companies to let customers know exactly what information was leaked to minimize the damage.

Black money: We are qualified to handle large and significant amounts of black capital and the fictitious invoices, which are an important part of this mechanism, have become a scourge of the state, mainly in Arab society but not only, and they cause billions of shekels in damage to the state coffers every year. The economic courts, which will start operating in January after years of efforts, will provide an important response to the challenges of the war on black capital and advance the cases awaiting clarification. There are more than a billion shekels of apprehension from criminals awaiting a decision.

Competing for the management of the Competition Authority: No response.

FATF: Three years ago, we joined the global leadership of 40 countries that determine for the rest of the world how to conduct money laundering and terrorist financing, and those who do not comply with the rules are subject to significant economic sanctions. I head a working group in the organization, the most senior position an Israeli has ever had.

Leisure: Nature walks with the family.

Facing the future: The current position in the Anti-Money Laundering Authority is one of the dreams in the Israeli economy and I wish myself positions that will allow me such professional management with the joy of doing things like here.