Israel: How local VCs Are Doubling Down on DeFi Startups 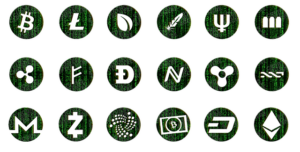 “For us, [COVID-19] had a positive impact that pushed us into a corner, and we decided to start Collider Labs in order to become sustainable,” said Collider Ventures co-founder Adam Benayoun, describing how his firm raised over $1 million for a separate accelerator fund.

As such, Collider Labs is exploring a different way for venture capitalists to invest in decentralized finance (DeFi), at a time when bitcoin is captivating local attention. Israeli blockchain consultant Maya Zehavi said via direct message that local investors are now “more pro-bitcoin than any other crypto,” with a penchant for custody services or cryptography.

This is a notable departure from the last bull run of 2017, when Israeli entrepreneurs rushed to use Ethereum to raise enormous sums for their fledgling token projects.

The change in mood is perhaps reflected in a more bitcoin-centric view of what DeFi can offer. Similar to the leading Japanese crypto companies, Israel’s DeFi scene is more inclined toward bitcoin-based solutions than the Ethereum builders of Silicon Valley.

Avishay Ovadia, who spearheads Collider Labs, said in a phone interview his Israeli accelerator program only accepts one startup at a time. Ovadia previously shepherded the Israeli crypto startup Portis until it got acquired in 2020. Now he’s focused on the DeFi startup Sovryn, run by Israeli expats in London. Ovadia said he works part time at the participating startups for up to two years.

In exchange for ample time and $75,000, Ovadia said, the sister venture fund takes roughly 5% of the startup’s equity and a comparable amount of tokens (if the startup has a token). Benayoun added the venture fund views any prospective token earnings as illiquid for much longer than the two-year program.

“We don’t have bitcoin or ether in our portfolio, like a hedge fund, but we’re going to run a validator for the RSK Network,” Ovadia said, referencing the bitcoin-adjacent network that Sovryn’s DeFi solution relies on. “We think RSK is in a better position to bring more bitcoin maximalists into DeFi, because you don’t need to convert to ether.”

“The fact that RSK issued its own ‘native token’ made my [skepticism] even stronger,” Zucco said in a direct message.

But even this staunch purist admitted he would prefer an RSK-based solution over an Ethereum-based DeFi offering, if a given situation required some type of DeFi tool. All things considered, the six-person Collider team managed to keep its financial goals on target throughout 2020, according to co-founder Ofer Rotem, by narrowing its focus.

“We’ll only work with two or three companies per quarter,” Ovadia said

This pace offers a stark contrast to the Chicago DeFi Alliance (CDA), which already churned out dozens of alumni. Ovadia also said portfolio companies like IDEX are welcome to simultaneously participate in programs run by the Chicago DeFi Alliance. The Israeli program is focused on business and engineering, not trading, like its counterpart in Chicago.

“We want to learn from those that failed,” Rotem said, declining to specifically name any of the dozen Israeli blockchain companies that have folded or had massive layoffs since 2017.

“They tried to build these huge conglomerates from scratch and it didn’t work out well for them. They grew too fast and hired too many people,” Rotem said. “We’re all on lean salaries. We’re not eating our budget.”

Slowly but steadily, Rotem said, his venture fund still invests in roughly one startup every six weeks, even during Israel’s unusually strict pandemic lockdowns. One of the firm’s previous investments, the wallet startup KZen, is on track to turn a profit next year, according to KZen CEO Ouriel Ohayon.

Ohayon said that before the lockdowns, his team worked in the same office as its investors and often collaborated. Now, because the startup is a bit more mature, the team has switched to a remote-first approach. He said KZen, which was founded in 2018 and launched the ZenGo Android app in January 2020, benefited greatly from hands-on investor attention during the first two years.

“Close to $100 million of crypto funds moved through our wallets. It’s nothing compared to Binance, but we only really started this year,” Ohayon said in a video interview. “The crypto space in Israel has changed enormously in the past few years. It shrank [but] now you have maybe up to 10 good companies and three to 10 good investors. They [Collider Ventures] are among the few that stayed in the space after the Israeli crypto ecosystem shrank.”

Collider’s co-founders said it will take at least a decade to complete the returns on the investments they’ve started.

“We asked investors to lock their funds for eight years, which was unusual,” Benayoun said.

He said his firm will help build DeFi tools for people who are bullish on DeFi, like themselves, to weather market swings such as the infamous “Black Thursday” price plunge this past March.

“I learned the hard way. I invested in a fund that lost 70% of its money on Black Thursday because of bad risk management, so that accelerated our efforts to create a way to invest with better risk management,” Benayoun said.

The DeFi space can be especially risky, even compared to other crypto sectors. Plus, Ovadia said, the team didn’t have a trusted recommendation when the fund’s investors asked how to participate in Ethereum staking. As such, the lab’s second startup slot will go to a staking project.

“These companies in the lab are solving problems that we saw,” Ovadia said. “It’s a solution that we will use.”

His firm often focuses on companies with modest rounds, under $10 million, and staff under 20 people. Unlike 2017, Israel now has an unemployment rate over 20% and an economy paralyzed by the pandemic. It may continue being a Middle Eastern blockchain hub, if remaining bitcoin advocates focus on helping local fintech powerhouses enter the DeFi market with calculated risks.

“In 10 years from now, we’ll probably just be called a fintech fund,” Benayoun said. “We were able to raise during the bear market, and when things were slowing down during the pandemic we doubled down. We’re very committed.”