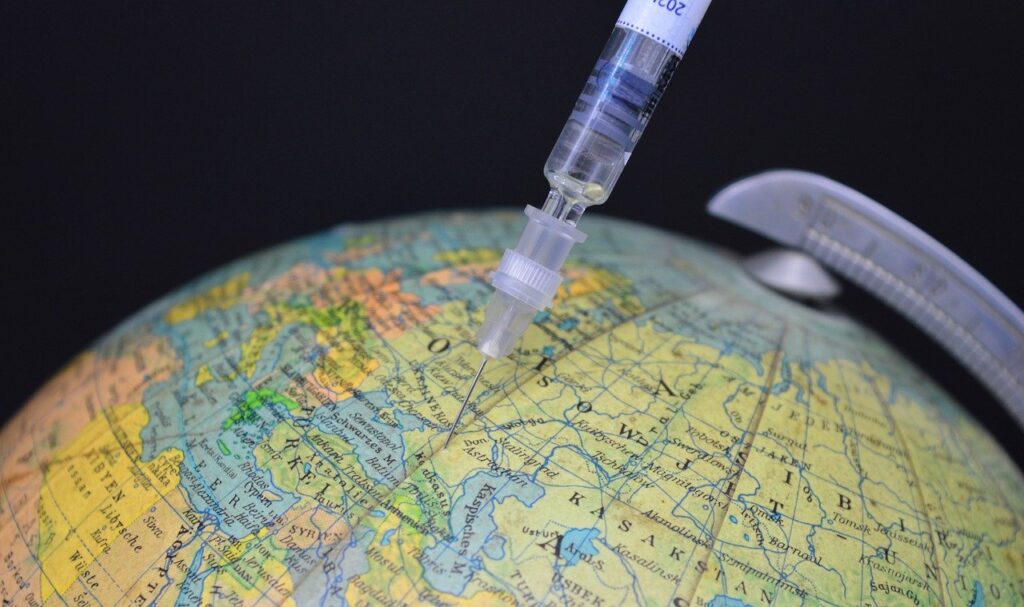 The seizure in Mexico of COVID-19 vaccine smuggled aboard a private plane linked to a Honduran textile magnate marks the first instance of alleged transnational vaccine smuggling in Latin America — in a mysterious case that betrays a pattern of clandestine deals between economic and political elites keen to access the vaccine.

Customs officials discovered more than 1,000 vials labeled Russian Sputnik V in the bottom of a portable cooler — filled with soda and ice cream bars — on a plane at the Campeche airport destined for the Honduran city of San Pedro Sula, according to a March 17 news release by Mexico’s Tax Administration Sevice (Servicio de Administración Tributaria). The flight’s pilots and passengers were detained and presented before the Attorney General of the Republic (Fiscalía General de la República – FGR).

According to the aircraft’s flight manifest, which circulated in the Honduran press, the plane was transporting the executive vice president of Grupo Karim’s, an international textile and real estate company with offices in San Pedro Sula.

Mohamad Yusuf Amdani Bai, one of the wealthiest businessmen in Honduras, is the owner of Grupo Karim’s and has invested millions of dollars in Mexico, including building a corporate office in Campeche and a forthcoming manufacturing plant, which is expected to create 1,200 jobs in the state. He also maintains a relationship with the governor of Campeche, Carlos Miguel Aysa González, who received a personal donation of 6,000 N95 masks from Grupo Karim’s last April.

Grupo Karim’s said in a statement that the vaccine was not intended to be sold in Honduras but to be given free to its employees and their families, the Associated Press reported.

Shortly after their detention, the plane’s crew and passengers, which included other businessmen and doctors, were released, according to two high-ranking members of the Mexican Army who spoke with Univision. According to the officials, a government agency in Mexico City had issued an order that they be set free.

Following the Sputnik V vaccine seizure, a photograph analysis of the doses led Russian authorities to brand the product as fake, according to a statement released by Russia’s Direct Investment Fund. However, a spokesperson at Mexico’s General Attorney’s Office told Univision that it was too early to determine its authenticity.

Mexico has authorized the emergency use of the Sputnik V vaccine after preliminary study results indicated a 91 percent efficacy rate. On March 10, 200,000 doses arrived in the country and 500,000 more are expected.

The military officials who were present at the seizure reported that two people aboard the flight told them: “Do not get involved in this. You do not know who you are dealing with.”

The mysterious case, which is still unraveling, suggests a foiled backroom deal for privileged access to the COVID-19 vaccine – a scheme playing out across Latin America as elites leverage their power to skip waiting lines.

In Peru, an investigation dubbed “Vaccine-gate” (Vacunagate) uncovered at least 487 people who had received priority access to vaccines in late 2020, including former President Martín Vizcarra, members of his cabinet and officials in the administration of current President Francisco Sagasti.

A law allowing private companies to purchase vaccine in Brazil has resulted in clandestine vaccination of executives in the transport sector in the state of Minas Gerais, despite the same law requiring all purchased doses to be donated to the country’s public health system (Sistema Único de Saúde – SUS) until at-risk groups are vaccinated. Brazil’s Economic Minister, Paulo Guedes, defended the actions of the executives, who received the vaccine in a parking garage.

As shipments of COVID-19 vaccine arrive in Latin America, data demonstrates a stark difference in the number of doses secured by each country, with Honduras registering a mere 3.4 million in comparison to Mexico’s 210.8 million. This difference sets the scene for transnational vaccine trafficking and other vaccine-related crimes.