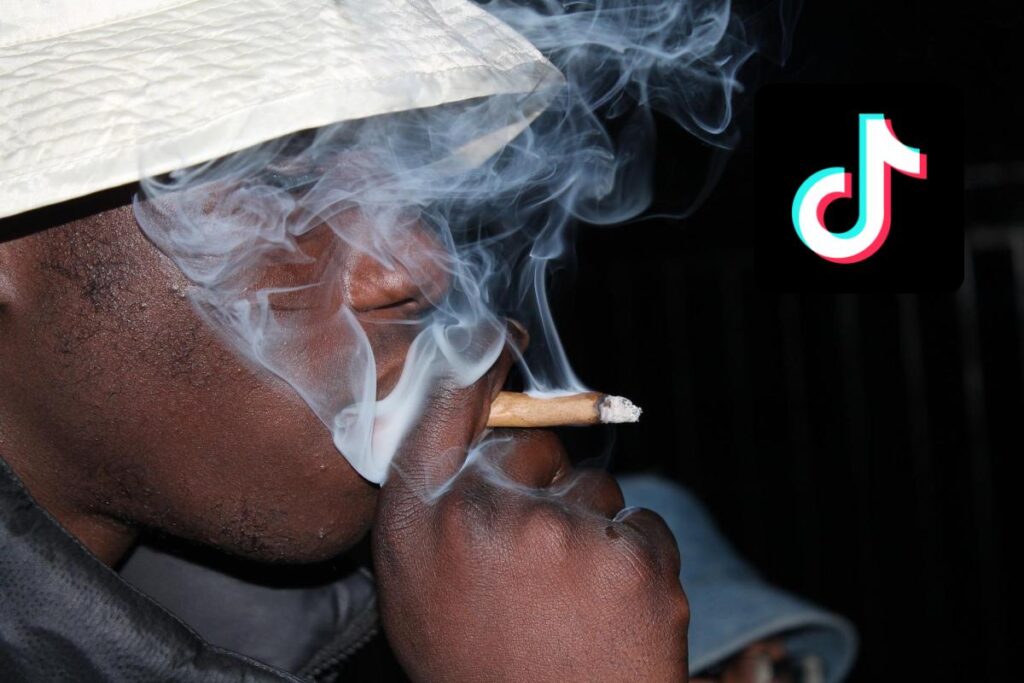 Millions of young people around the world document their experiences at work, at school or with their friends on TikTok. The same is true for those involved in criminal activities, sharing videos of how they make cocaine, grow poppies for heroin or steal cars.

In 2021, TikTok became the most downloaded app in the world. This rise naturally attracted the attention of authorities, who noticed that the allure of social media was such that members of criminal networks were posting incriminating footage.

Here, InSight Crime explores some of the most fascinating cases of TikTok pulling back the curtain on the criminal world and the consequences of it doing so.

In early February, Bolivian media ran a story about how young people in rural parts of the country were uploading TikTok videos showing them participating in the manufacturing of cocaine. To reggaeton tunes, the users filmed themselves guiding a boat loaded with chemical precursors, inside cocaine kitchens in the rainforest, or showing off vehicles they said had been bought thanks to the drugs trade. They had thousands of followers, and even imprudently shared their location in comments.

An investigation was soon opened and two of the young men behind the videos were arrested on drug trafficking charges in Cochabamba, in southwestern Bolivia.

This was not the only use of TikTok by criminals in Bolivia. Chuteros, a term used to describe vehicle smugglers, have uploaded videos showing off the vehicles they were smuggling across the border, including with both Bolivian and Chilean license plates.

These groups often steal or buy cheap cars from Chile, Argentina, Peru, Paraguay and Brazil, move them across the border and sell them illegally inside Bolivia. Their TikTok videos seemed to indicate a relationship with the cocaine economy, with the chuteros suggesting they sold vehicles to drug traffickers. They also showed off the cars being driven through the desert, again to the mellifluous tones of reggaeton.

Narcos showing off their wealth on social media is nothing new in Mexico. Internet-savvy Mexican drug traffickers have flooded Instagram with pictures of weapons, luxury cars, exotic pets and other lavish displays of wealth.

Cartel TikTok videos appeal to young people, likely to convince them of the allure of a life of crime.

“It’s narcomarketing. They use these platforms to advertise themselves, but clearly, it’s hedonistic advertising,” Alejandra León Olvera, a Spanish anthropologist who studies organized crime’s use of social media, told the New York Times.

The “La Chapiza” videos are a whole subset onto themselves. They gave insights into one of Mexico’s most interesting criminal economies, poppy cultivation in the Golden Triangle, a northern area between Chihuahua, Sinaloa and Durango states. The drug traffickers involved claimed to be related to the former head of the Sinaloa Cartel, Joaquín Guzmán Loera, alias “El Chapo,” and his children, known as the Chapitos. La Chapiza is a term used to refer to personnel, usually armed gunmen, associated with the Chapitos.

The videos allegedly show Sinaloa Cartel traffickers patrolling the area, and feature their lifestyles and daily work, their weapons, interactions with uniformed security forces, as well as the use of small planes to move drugs. Conversations recorded in the videos suggest the group has criminal alliances in countries such as Colombia and Panama.

The videos show the respect and fear being associated with the Chapitos can inspire. In one TikTok video, an armed, masked police officer makes an alleged drug trafficker wind down the window of his car. The trafficker mocks the officer and calls him a Power Ranger before simply saying “We are La Chapiza.” The officer immediately raises his hand and says: “All’s good, thank you, everything’s in order” and walks away.

The Catatumbo region of Colombia, on the country’s border with Venezuela, is a major center for cocaine production. Those at the heart of this industry are also sharing their daily lives on TikTok. These videos have gone viral, trending under the hashtag #Catatumbo.

Unlike the cases described above, the content published out of Catatumbo shows the daily lives of coca pickers, coca growers and those at the lowest levels of the cocaine production chain. The harvest, the drying, the picking of the coca leaf are all documented, in almost journalistic detail. Seizing on this trend, the government has used the same hashtag to post videos of security forces seizing coca plantations and warning people away from engaging in this activity.