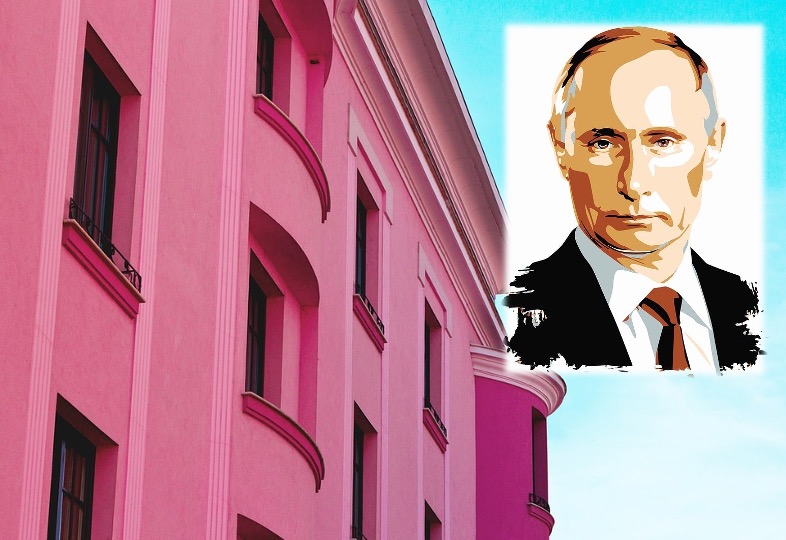 Alburov made the allegation in an interview with Russian-language public media channel Latvian Radio 4 on its topical show “Dome Square” hosted by Romans Šmeļovs, and it was subsequently reported by LSM’s Russian language service.

One of the documents presented by the FBK as evidence includes mention of SMP banka in connection with an offshore entity called ‘Savoyan Investments Limited’.

Navalny, a persistent thorn in Putin’s side who was arrested upon his return to Russia just days ago after suffering a chemical nerve agent attack alleges that Putin has used illicit funds worth tens of millions of rubles to purchase a vast estate and palace on the Black Sea coast without allowing his name to appear on any documents linked to the transactions.

The full allegations can be viewed in the video below, which comes with English-language subtitles. Putin’s spokesman Dmitry Peskov denies Putin is the owner of the property.

While most of the transactions in question involved Russian financial institutions and shady offshore companies, Latvia’s former SMP bank, which had close ties to Putin associates, was also involved, according to Alburov.

SMP banka has a fairly turbulent history. In 2008 Russia’s SMP bank acquired a controlling stake in existing Latvian bank Multibanka and rebranded it to match its own name, though it remained a Latvian-registered and regulated bank.

In 2014, following the invasion and annexation of Crimea by Russia, the Russian parent bank was subjected to EU and US sanctions and divested itself of its Latvian operation. The new owners changed the name to Meridian Trade Bank (MTB).

In November 2017 the Financial and Capital Market Commission (FKTK) fined MTB nearly 900,000 euros for “deficiencies in its internal control system.”

On May 25 2018, FKTK said it had “entered into an administrative agreement” with Meridian Trade Bank, imposing legal obligations and a fine of 455,822 euros for anti- money laundering failures.

In 2019 it was warned by the regulator about its risk exposure. It is not the first time it has appeared in allegations of suspicious activity involving Russian oligarchs and Kremlin-connected persons. In 2020 the Baltic Center for Investigative Journalism listed it among the banks linked to other notable schemes.

In January 2020, the bank changed its name again to Industra Bank, and said its intention was to focus on servicing small and medium-sized enterprises.