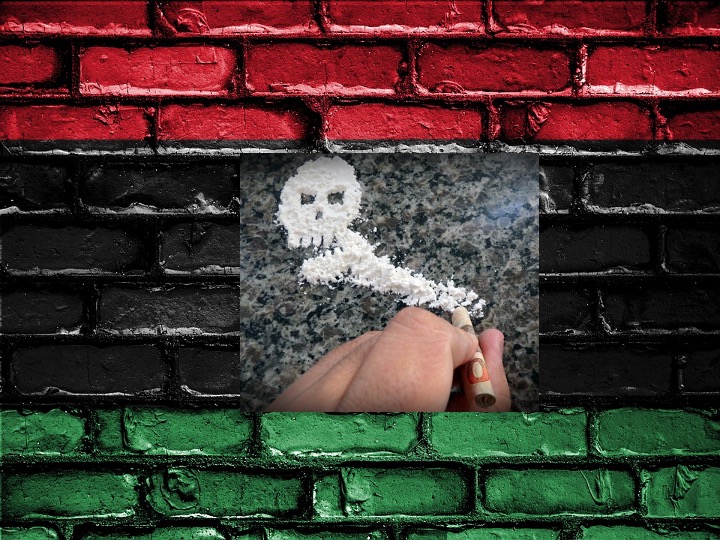 Within the span of a week, cocaine was discovered in two separate maritime cargo containers bound for Libya, a strong indication that both the North African country and the broader region are becoming increasingly used cocaine transit routes to Europe and the Middle East.

In December, customs inspectors in Malta seized 612 kilograms of cocaine concealed in oil cooking cargo, a record haul for the Mediterranean island nation, according to a news release. The cargo was shipped from Ecuador and transited Colombia before it arrived at the Malta Freeport.

Three days earlier, authorities at the port of Guayaquil in Ecuador seized 582 kilograms of cocaine hidden in 19 pieces of teak wood bound for Libya and Syria, detaining one person in the process, El Comercio reported.

Libya’s regional neighbors in North Africa have similarly seen a rising tide in cocaine seizures. In May 2018, Algeria authorities interdicted701 kilograms of cocaine hidden on a container ship transporting frozen meat from Brazil. In August 2019, three tons of cocaine washed up on a beach in Morocco.  Even the small country of Tunisia broke its drug haul record in 2017, with its largest cocaine seizure of 31 kilograms off a speedboat.

Increased counter-narcotics efforts in West Africa, a traditionalcocaine transit point, are likely leading cocaine traffickers to rely more heavily on maritime routes through North Africa, as soaring South American cocaine supplies are increasingly smuggled aboard shipping containers to reach both a swelling European market and a nascentMiddle Eastern one.

The size of the two shipments to Libya strongly suggests transport to Europe, Matt Herbert, research manager for the North Africa and Sahel Observatory at the Global Initiative, told InSight Crime. For years, concealing drugs in containers aboard cargo ships has been the primary smuggling method for feeding the European cocaine pipeline. Ecuador’s ports, for example, have emerged as key exit points for South American cocaine trafficked to Europe.

More importantly, according to Herbert, is the two seizures provide further evidence of how South American trafficking networks are looking to establish direct transshipment points in the Maghreb countries, primarily in Morocco due to its geographic proximity to Spain but also to a lesser extent in Algeria, Tunisia and Libya.

Such a move is spurred by various political and military changes in West Africa that have led to the relative decline of the “the West Africa-Maghreb-Europe route that [has] predominated since the early 2000s,” Herbert said.

However, compared to Morocco or even Algeria, Libya is a particularly unusual cocaine transit point, especially through a direct South America-Libya connection. While Libya does have a rapidly growing domestic cocaine market, marijuana resin and opioids are the much more common drugs both for consumption and transit, according to a 2019 report by the European Monitoring Centre for Drugs and Drug Addiction (EMCDDA).

Referring to Malta’s latest seizure, Herbert said the island country was not likely the final destination for the cocaine.

“Drug shipments via container shipping in effect need to blend into the mix and accept the itinerary of the cargo vessel,” he said. “This one happened to call in Malta.”

If it had passed undetected, the cargo could have landed in several ports in eastern or western Libya, such as Misrata, al-Khoms, Benghazi and Tobruk. Cyrenaica’s coastal area is also a major landing spot for drugs en route to Europe and Egypt. From Libya, the cocaine wouldlikely go to southern Italy or the Balkans, with smaller volumes flowing to Turkey and via Egypt to the larger Middle East.