Looking for a Job in Crypto? Here Are 5 Skills You Need 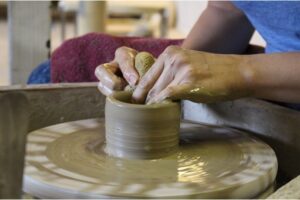 In job interviews at crypto-oriented companies, “the first thing that you’ll hear is: How does Bitcoin work?” says Nir Kabessa, former president of the Columbia Blockchain Club and founder of Yup, which rewards users with tokens for social media activity.
Kabessa was directly involved in expanding Columbia University’s blockchain curriculum and was a teaching assistant for Malekan. But when it came to learning the fundamentals, “I learned a lot from teaching myself and listening to guest speakers we had,” he said.
Unable to return to campus this fall, Janice Ng, head of education at Blockchain at Berkeley, a leading student-run university club, moved the course online and opened up to non-Berkeley students. This is just one of the many free online programs aiming to break down the barrier to entry to this space.

“Everyone has heard of blockchain and its related buzzwords, but they do not necessarily know what it brings,” says Ng. “Teaching the fundamentals is our goal to make blockchain more accessible.”

Portfolios and projects will become more important as part of a candidate getting hired, says Tyler Wellner, partner at BlockVenture Coalition. “We’ll see a trend over the next 10 years that resumes start to get a bit more outdated,” he said.
If you’re applying for a developer role, contribute to open-source projects and let your code speak for itself, says Scott Olson, director of blockchain integrations at Truffle Suite, a smart contract development environment. Olson says his company has seen so many cases where applicants claim to know Solidity, Javascript or Typescript but get caught in the coding test round.

“Highlight your GitHub contributions and let people evaluate your code,” said Olson. “If you make a claim about anything technical, make sure you can back that up.”

3. Speak to the masses

When former Latcha+Associates marketing intern Chase Chapman felt it was unfair that people were not getting paid for their data, she looked to blockchain technology as a solution. Eventually, she founded her own startup, Decentology, to help make building on blockchain more accessible for mainstream users and developers. But she says it’s very hard to find someone who can effectively market their company to those folks and skilled developers alike.

“You need to speak the language of the crypto-native while empathizing with mainstream users’ general lack of caring about the fact your product uses blockchain,” she said. “When you’re able to hit that sweet spot, you unlock a lot of value.”

4. Get familiar with different use cases

Nisreen Bahrainwala, co-founder of the Midwest Blockchain Consortium, a network of universities, entrepreneurs, and corporate partners, advised taking a page from her failed blockchain startup, Viveca, which tracked prescription data in an effort to tackle the U.S. opioid crisis. “Our tech was fine on paper but no one was paying for it,” she said.
The challenge arose when selling new technology that would conflict with legacy systems. Amid the pandemic, “no one in the healthcare industry had bandwidth to deal with a new technology,” she added. “Just because something is broken or subpar, doesn’t mean there are incentives to fix it.”
Anthony DiPrinzio, head of BASF Blockchain Lab, works to find the right use cases and business models around blockchain technology for the company to pursue. “A lot of people get caught up in the hype” of using the technology, he said, “but they need to understand blockchain doesn’t solve all the problems.” It’s essential to understand how blockchain is being used in the market before pitching a new idea.
.

Conferences, which bring together companies, investors, influencers and newbies, are major forums for the crypto community where new ideas are exchanged and decisions are made. Events have largely shifted online, from ETHGlobal’s ETHOnline to local-turned-virtual marathons like LA Blockchain Summit and NY Blockchain Week – as well as CoinDesk’s own Consensus: Distributed conference in May.
“Back in 2019, students like us in the Midwest couldn’t go to all these big conferences on either coast,” said Bahrainwala.
This year may have kept most of the world at home, but use that to your advantage.

“These conferences, especially being virtual, are great opportunities to chat with people, network and give you a point of reference,” said Olson from Truffle Suite. When reaching out to a speaker after the conference mentioning a note from their talk, “it shows you did some legwork.”

“We get a lot of those cold emails, but if somebody mentioned something about what I talked about in a podcast, video or conference I spoke at, I’ll respond back.”
.
By Doreen Wang, October 9, 2020, published on coindesk
Image by mnplatypus from Pixabay
Share on linkedin
Share on facebook
Share on twitter
Share on whatsapp
Share on email
76
Recent Posts