Mapping the future for Goldman Sachs: Embedded finance and APIs 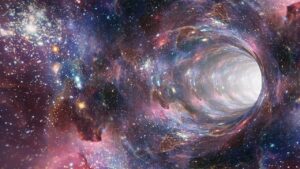 Goldman Sachs has continued its venture into new technological territory, following up the launch of a transaction banking service in mid-2020 with an API-based offering that lets clients embed banking services directly into their own products.

The US-headquartered banking giant has added hundreds of clients and US$28bn in deposits since the establishment of its transaction banking service, a spokesperson says.

Chad Wallace, global head of digital product and design at Goldman Sachs, tells GTR about the next step: its development of a banking-as-a-service model, which lets clients connect directly to internal systems and offer “embedded finance” to their own customers.

“Our philosophy, our goal, is that ultimately we want to be an API-led bank, to provide solutions for our large corporate clients in a real-time manner and not batch-based,” he says.

“We want a majority of our transactions to come through our automated offering, through our banking-as-a-service platform and through our APIs.”

Wallace says there are many potential use cases for embedded finance. In some cases, corporates might want direct integration with their treasury functions, while others have shown an interest in using the bank’s APIs to process payments, offer wallets or relay information back to their own customers.

Crucially, however, it is the same set of APIs that enable all of those functions.

“Essentially, any functions that our client servicing teams can do or that customers can do on our website can be exposed directly to clients and partners via APIs,” Wallace says.

“Whether it’s adding an authorised signer to an account, changing an address, processing or checking the status of a transaction, or just checking your balance – we have built microservices around that.”

Goldman Sachs has had a “great response from our clients, particularly in the tech, media and telecoms space”, Wallace says. Generally, the bank has targeted CFOs or treasurers, procurement officers, and heads of product.

A notable real-world example is the bank’s partnership with Chicago-headquartered GTreasury, a global provider of integrated treasury management systems.

Roger Comins, director for product management at GTreasury, says its customers are increasingly looking to automate payments processes, whether treasury-related or operational.

“The partnership between Goldman Sachs and GTreasury brings an end-to-end workflow to serve that customer need,” he tells GTR.

“We are looking to have an API-first mindset. APIs not only make for a real-time integration, but they also make onboarding easier because you have a pre-configured workflow and connectivity between partners.”

That approach also lets customers keep any other existing banking relationships, Comins adds, as they are able to streamline payments processes across different banks.

The wide deployment of APIs across the banking sector can be said to stem from Europe, as a result of the EU-wide second Payment Services Directive (PSD2). That legislation, which took effect in January 2018, required banks to allow authorised third parties access to their systems in order to initiate payments and collect data.

“PSD2 probably meant banks with a global footprint and Emea regional banks got ahead of the game, whereas some regional banks in other parts of the world were left trying to catch up,” Comins says.

However, he says that the partnership with Goldman Sachs allows for “a deeper integration and a more robust workflow because they have made every aspect extensible through those APIs” – rather than just payment and account data services.

Though the solution does not target trade finance specifically, Comins points out it can also be used to facilitate payments to suppliers in international trade arrangements.

“Some customers may be using this offering primarily to make international payments, and that could be to fund their operations, or it could be to pay vendors on a cross-border basis,” he says.

Another potential benefit comes from the real-time foreign exchange rates offered by Goldman Sachs, a functionality that again can be accessed via its API.

“Whether it’s a domestic or international payment, in US dollars or cross-currency, a payment is a payment,” Goldman Sachs’ Wallace says. “We have one workflow that supports all of those on one platform, with consolidated reporting using the same methodology, regardless of how the payment is initiated.”