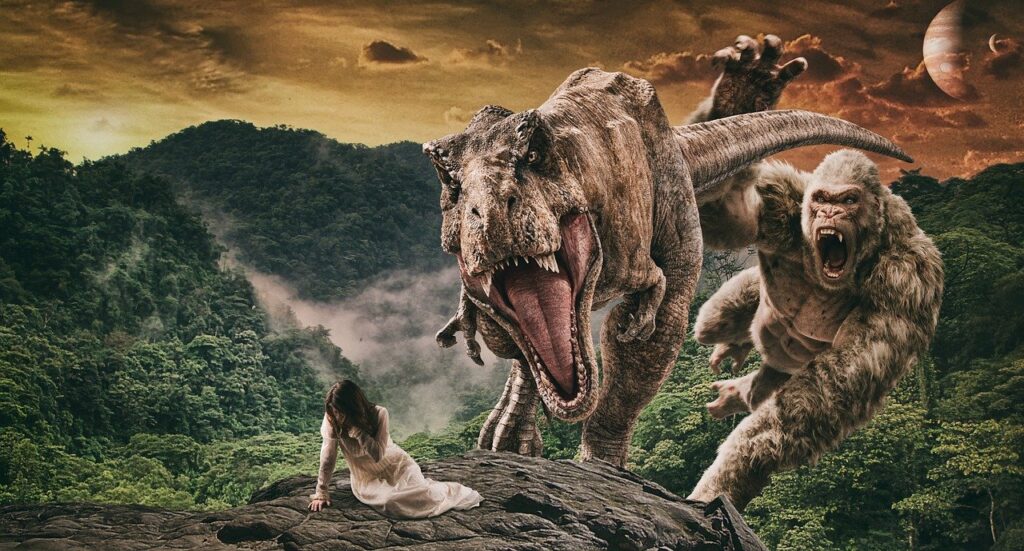 The value of illicit funds generated by these crimes worldwide is estimated between $100 and $250 billion and rising — a bigger illegal industry than trade in small arms and possibly even comparable to the global trade in illegal drugs. In addition to these harrowing financial figures, environmental crime causes irreparable damage to our most precious resource, planet Earth herself. The financial losses can be measured in the trillions, but there is ultimately no price we can place on the continued safeguarding and conservation of the natural world, which humanity as a species relies on to survive.

As with all modern crime, environmental crimes overwhelmingly have a digital aspect: mobile device communications, online plans, digital money transfers, etc. And when crimes have a digital component, we can use digital means to fight back against these acts that can cause serious damage to our planet. Here’s how global organizations are using Digital Intelligence (DI)—the data that is accessed and collected from digital sources and data types—smartphones, computers, and the Cloud—and the process by which agencies access, manage, and leverage data to more efficiently run their operations, to fight environmental crime.

Environmental criminals cooperate across international borders and even between disparate criminal organizations, drawn together by the desire to turn a profit no matter how despicable their methods. It’s not uncommon to see a poaching ring, for instance, paired with a smuggling organization to get illegal animal products out of a country. Even worse, once an organization or organizations has figured out how to smuggle animal products out of a country, and its criminal infrastructure is in place, it is often just a matter of time until they use those same methods to traffic other types of contraband — including drugs, weapons, or even humans.

This cooperation between criminal entities presents an ever-increasing challenge for law enforcement locally and globally. Criminals don’t care about jurisdictions, and that means stopping them necessitates the inter-and intranational cooperation between agencies up and down the chain: from on-the-ground wildlife agents to national environmental ministries from multiple countries and non-governmental organizations (NGOs).

Such collaboration has been greatly improved with a digital-first approach, including evidence collection tools, digital analytics platforms, and digital storage and organization that streamlines sharing and teamwork, even across borders and organizations. It takes the work of the multiple agencies to bring down international syndicates; a renewed digital approach facilitates and re-empowers this approach.

Until recently, many environmental organizations lacked the expertise and tools to perform quick, efficient, and accurate data collection at the scene. There’s no telling how much valuable evidence and information was overlooked. But now, these tools and training are readily available to the front lines of environmental crime-fighting and are already making a huge difference.

In the case of an individual caught smuggling animal skins through a major Asian airport, an on-the-spot extraction of the suspect’s phone — before it could be wiped remotely or otherwise locked down — led to the discovery of an entire smuggling and illegal hunting network. Time is of the essence: these organizations often have protocols by which phones in official custody can be erased via completely digital means. In an illegal fishery case, the extraction of digital devices led to an entity that actually specialized in human trafficking, using illegal fishing boats as part of their network.

In cases like these and many more, having the tools and know-how to quickly gather digital evidence, especially right on the scene, can be the difference between a single arrest and taking down a whole network of criminals.

An Analytical, Bird’s Eye View Of All The Data

Of course, even when data is collected at the scene, it doesn’t mean the larger picture is immediately obvious. In many cases, when relatively small amounts of data are collected (like text messages or emails) it may not even occur to officials they could be gaining a much larger picture of the organization. The main challenge today is analyzing a massive amount of data and connecting all the dots.

As an example, over the course of a few years, Thai authorities apprehended a number of (seemingly) small-time tiger poachers. At first glance, there were no obvious connections. But when the data from multiple incidences and digital extractions were analyzed by a specialized intelligence solution, it became clear that there were indeed, multiple connections that warranted further investigation. Ultimately, this “bird’s eye view” of the data around these tiger poachers resulted in stopping a larger, organized ring of poachers and smugglers. It’s hard to say if this result could have been achieved without a digital solution that could digest all these data points and surface patterns of connections for investigators.

At the end of the day, when criminals are referred to national or international legal systems, it is imperative to build a comprehensive case against them using as much evidence as possible—collected, managed, contextualized, and analyzed in a forensically sound manner. Digital solutions now help wildlife and environmental organizations ensure a strong showing in court even with huge amounts and varied formats of digital evidence.

Whereas before SMS’s, pictures, and phone data might be presented in a clunky spreadsheet or even printed out physically, modern digital visualization tools allow prosecutors (and juries and judges) to “zoom in and out” and see the specifics of evidence as well as where it came from, how it was extracted and, most importantly, how it relates to other data to support the criminal case in question. By erasing more of the potential for confusion, agencies referring to the legal system see more convictions and better outcomes while setting strong precedents for future cases.

Giving A Voice To The Voiceless

Environmental crime has one big difference from other crimes: most of the time, the victims cannot speak or testify in court. Crimes against nature impact the planet in ways that are hard to conceptualize, and there will, unfortunately, never be a tree or tiger that can verbalize the damage being done. With a new world of digital tools at their disposal, environmental enforcement agencies — plus law enforcement, NGOs, and legal entities that must be working with them — now have a hugely increased capacity for fighting back against environmental crime, which increasingly relies on digital connection and communication.

Although every organization could benefit from the right set of tools, they must commit to a bigger vision: a holistic approach to DI. When Cellebrite engages with these agencies, our focus is on getting them on track for this broader transformation, and we encourage all agencies fighting environmental crime to start with data collection solutions and increased DI budgets as a great first step on the way to a comprehensive DI strategy in the quintessential fight for our planet and its precious resources.