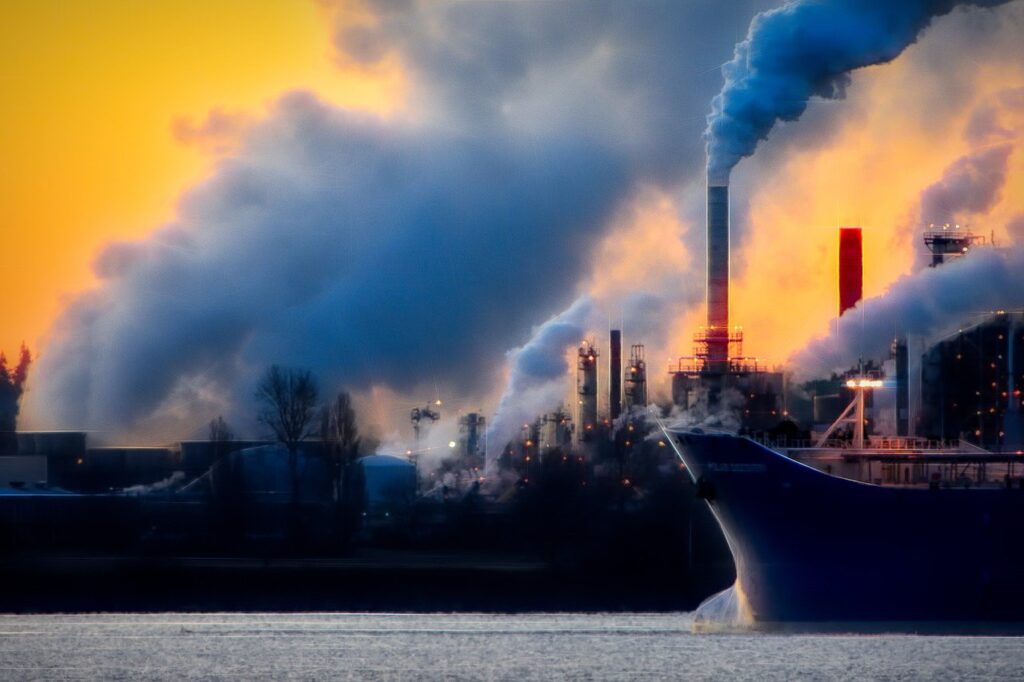 In February 2021, an explosion at a pesticide plant shook the Indian town of Jhagadia in the middle of the night, destroying much of the plant and shattering windows in neighboring villages. Emergency workers spent hours searching for bodies trapped under the remains of the plant. Seven workers died, and 53 more were injured. Toxic chemicals spilled into the surrounding area.

Authorities later identified “serious lapses” in safety protocols at the plant, owned by UPL Ltd., one of the world’s largest pesticide makers.

The deadly blast, caused by a malfunction at one of the plant’s utilities, according to the company, was one of several incidents at UPL plants  that have aroused concern in recent years about the impact of the manufacturer’s operations on the environment. The company has sued journalists who exposed its polluting activities in the past. UPL is also under investigation by Indian authorities over allegations of tax evasion.

UPL has “implemented measures to safeguard our people from any such incidents in the future,” the company said in its latest financial report. UPL also told the International Consortium of Investigative Journalists that it has “always maintained high standards” in its environmental and sustainability practices.

The records are part of the Pandora Papers, an investigation led by ICIJ based on 11.9 million files from 14 financial services providers.

The documents show, for instance, that Jaidev and Vikram Shroff, UPL senior managers and sons of its founder, owned at least 10 shell companies in offshore jurisdictions. Vikram Shroff, a U.K. citizen, owned a company in the British Virgin Islands that was used to own a yacht worth about $4 million. Leaked incorporation records say he set up the company in the BVI “for tax purposes.” The records do not provide further details.

The Pandora Papers also show that UPL registered about two dozen subsidiaries in tax havens including the Seychelles and Dubai.

Through their lawyers, the Shroffs told The Indian Express, an ICIJ partner, that they “pay all taxes due” and that the yacht was used by the family, not for commercial purposes. The Shroffs  said they “set up companies for each of their investments well in advance of any deal.”

ICIJ accepts information about wrongdoing by corporate, government or public services around the world. We do our utmost to guarantee the confidentiality of our sources.

Vladimir Makhlai and his billionaire son Sergey are the owners of TogliattiAzot, one of the world’s largest producers of ammonia, a component of refrigerator coolants and fertilizers. In 2019, a Russian court convicted father and son  — who live in the U.K. and U.S., respectively — and other company managers of embezzling company funds. The two Makhlais were sentenced in absentia. They denied wrongdoing.

Also in 2019, an audit by the Russian agency responsible for plant-safety enforcement found more than 300 environmental and labor violations at a TogliattiAzot plant in central Russia. It was not the first time the plant came under scrutiny. People living nearby have repeatedly called for TogliattiAzot to make repairs at the aging plant, according to media reports. During a 2012 protest, residents held placards saying, “Stop poisoning our children!”

The Pandora Papers show that Sergey Makhlai, who changed his name to George Mack and became a citizen of the U.S. and St. Kitts and Nevis, owned at least seven offshore trusts between 2000 and 2018 and used them to hold cash and shares in companies.

One of those trusts held $11.5 million in 2013, according to tax records. Another, called Mirror Trust, was used to control indirectly a large stake in TogliattiAzot. A third trust, named Three Continents was at the head of a complex financial structure comprising more than 50 companies and trusts in seven jurisdictions, including St. Lucia, New Zealand, Anguilla, Belize and Cyprus. The companies invested in real estate, energyand other economic sectors — even an Italian ski resort.

In 2018, a lawyer working with Asiaciti Trust — the firm that helped Sergei Makhlai set up offshore structures — filed a report with the Cook Islands financial authorities alerting them that an Asiaciti client, “George Mack,” owned seven trusts registered in the jurisdiction. Asiaciti officers later indicated that he was under investigation by U.S. tax authorities. “[U]nsure what they are looking at or what their concerns are,” an Asiaciti officer said at a meeting, according to the leaked minutes. “Still sure that we are all completely compliant in the US.”

The U.S. Internal Revenue Service did not respond to questions about the investigation, or confirm its existence. ICIJ sent requests for comment to an attorney for Makhlai and to an email address linked to him but didn’t receive a response.

In 2001, Belgian chemical giant Solvay acquired an Italian chemical company and its plants in Italy, the U.S. and other countries.

The acquisition, overseen by Bernard de Laguiche, then a Solvay senior executive, helped the company compete globally with industry leader DuPont and its famed Teflon product. As the new owner, Solvay promised to clean up the contaminated site of an aging plant in northern Italy. But the cleanup lagged, and the plant continued to leak toxic chemicals.

The Pandora Papers show that, in 2009, around the time Italian authorities charged de Laguiche and other managers with contaminating water supplies, the executive and his family transferred Solvay stock and other assets worth at least $57 million to trusts and shell companies in Singapore and New Zealand. He was later acquitted of the charges.

De Laguiche said he didn’t move wealth offshore in response to the Italian investigation or to avoid taxes. Solvay denied any wrongdoing, and told ICIJ in a statement that the company is “committed to maintaining the highest standards of safe and sustainable operations.”

In February, Italian authorities opened a new investigation into Solvay’s Italian unit after they discovered toxic chemicals produced at the plant leaking into the local water supply. The probe is ongoing. The company said the runoff was due to “unpredictable weather events.”

Indonesian company PT lndo Bharat Rayon is one of the world’s largest producers of viscose, a fiber also known as rayon, produced from wood pulp and used as a substitute for silk to make clothes. The company is a subsidiary of Indian textile producer Aditya Birla, and its West Java plant supplies international fashion retailers like ASOS PLC, a popular British brand.

In 2016, an Indonesian court found Indo Bharat Rayon in violation of environmental laws and ordered it to pay a $114,000 fine. The court’s decision was based on advocates’ reports that the company had been dumping coal waste and other toxic chemicals in the Citarum River, contaminating local water supplies and farmland. Through a spokesperson, Indo Bharat Rayon said that it paid the fine after losing on appeal and that “extensive” cleanup work is ongoing.

The fund is not involved in the management of the Indonesian manufacturer, a spokesman for the fund told ICIJ.